2015 marked the 50th Anniversary of the Marion E. Wade Center, and we had much to celebrate! The collection was begun in 1965 under the leadership of our founder Dr. Clyde S. Kilby, and today is one of the foremost centers for research, education, and appreciation for our seven authors. Below are some highlights of some of the memories related to our anniversary year. 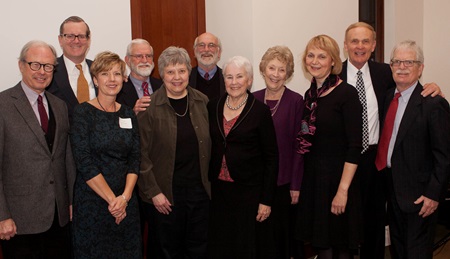 Tributes to the Wade Center

Leading up to the anniversary event, the Wade Center sent out a request for shared memories and reflections of our past 50 years and the influence of our authors. The responses received were numerous, and came from around the world. We have, with the gracious consent of the contributors, posted selections from these tributes to serve as testament to the lives touched already, and as an encouragement as we anticipate the future stories yet untold.