“There may be times when what is most needed is, not so much a new discovery or a new idea as a different ‘slant’; I mean a comparatively slight readjustment in our way of looking at the things and ideas on which attention is already fixed.” 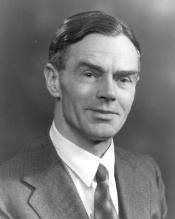 As a philosopher and author of various works on language, myth, perception and the evolution of human consciousness, Arthur Owen Barfield has had a noteworthy impact on a number of influential writers and poets, including T.S. Eliot, W.H. Auden, Howard Nemerov (U.S. Poet Laureate), Saul Bellow, J.R.R. Tolkien, and C.S. Lewis. Barfield's Poetic Diction, A Study in Meaning, is recognized in literary fields as a definitive work.

Born in London, Owen Barfield entered Wadham College, Oxford, in 1919, where he met C.S. Lewis who was also an undergraduate. Barfield earned his B.A. in 1921 and began work on his B. Litt., which he received some time later. He completed his formal studies at Oxford in 1923 and married Matilda Douie, an expert in folk and courtly dance. During the next few years, he published a number of books, including a children's story, The Silver Trumpet, and two books on the nature of language - History in English Words and Poetic Diction. In spite of this initial success, he became discouraged when he was unable to find a publisher for his first novel and decided that he would be unable to support his family by means of a literary career.

As a result, Barfield joined his father's London law firm in 1929 and earned his Bachelor of Civil Law. During these years while practicing law, Barfield and his wife adopted two children and fostered a third; he also continued writing philosophical essays and articles, and published Romanticism Comes of Age. He occasionally attended meetings of the Inklings. Although Barfield was a quiet and unassuming man, Tolkien declared that he was "the only man who can tackle C.S.L. [Lewis - in a verbal exchange]." Barfield retired from the law in 1959, and returned to scholarship full time. Over the next four decades, he produced some of his most important works. In particular, his work Saving the Appearances contained a summary of his philosophical framework as expressed in his other writings. From all of this work, Barfield gained a significant reputation among academic and philosophical communities - in particular in the U.S., where he was often a lecturer and visiting professor at various colleges and universities. Barfield died in December 1997 at the age of 99.

Barfield was primarily influenced by the works of Rudolf Steiner, founder of Anthroposophy, but his beliefs were also based on Trinitarian and Christian tenets, and his studies of the Incarnation and the arts led him to declare himself a "convinced Christian." C.S. Lewis disagreed with many of his views, yet readily acknowledged Barfield's impact on his own philosophical and theological thought, and Barfield's critical thinking in philosophy, literature, and religion continues to influence numerous writers and philosophers today.

View the Additional Resources page for more information about Owen Barfield and his works.

You can also view a chronology outlining Owen Barfield's visits and relationship with the Wade Center, and a video from his visit to Wheaton College in 1977. 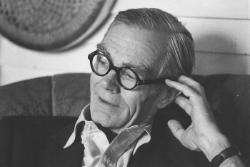 The Wade Center is working with Owen Barfield’s grandson in gathering remaining letters, manuscripts, and archival materials by, about, or related to Owen Barfield. This effort is to support the future preservation and access of these materials at the Wade Center for the furtherance of Barfield scholarship and enjoyment of his works. If you have information about materials matching this description, please contact the Wade Center at wade@wheaton.edu.