A Chronology of Connections

Owen Barfield was the only one of the seven Wade authors to visit the Wade Center; he had many connections with the Wade Center and Wheaton College for more than three decades. Highlights of these interactions are listed below in chronological order. 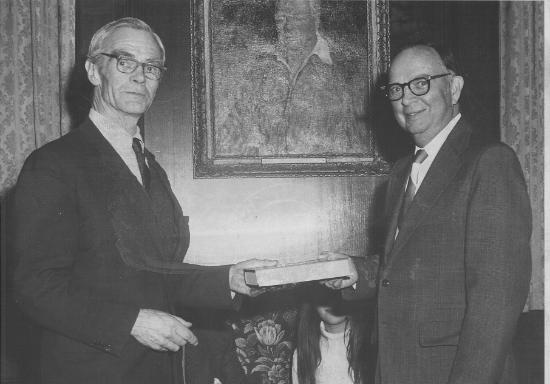 Image above: November 6, 1971, Owen Barfield presents Clyde S. Kilby with the book Imagination and the Spirit (ed. Charles Huttar, Eerdmans, 1971), a Festschrift volume in honor of Dr. Kilby to which Barfield contributed the essay "Either: Or." The reception was held in the Churchill room, London House, London, England. Dr. Kilby visited Barfield in England on several occasions, as did future Wade Center Directors up until the time of Barfield's death in 1997. 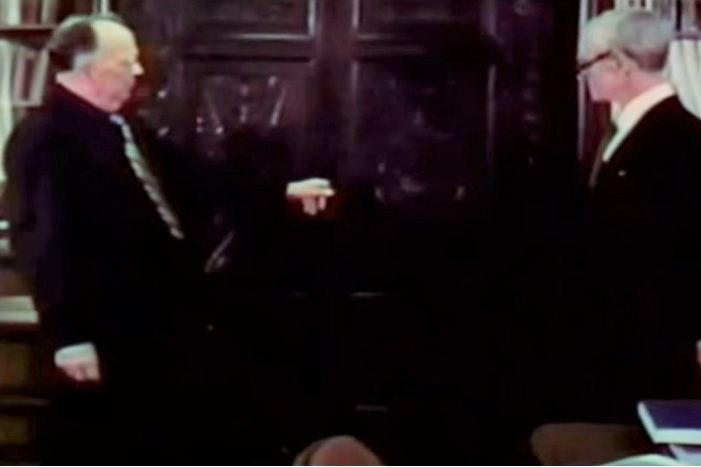 See a video of Owen Barfield and Clyde S. Kilby during Barfield's visit to Wheaton College in 1977.

View the Additional Resources page for more information about Owen Barfield and his works.