Wheaton College welcomes Alex Haskins, who is serving the College as an Assistant Professor of Politics and International Relations. 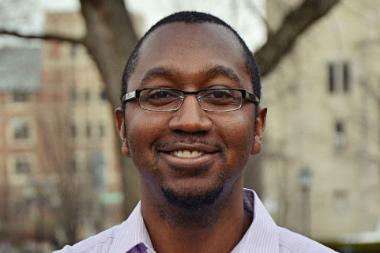 1. What was your favorite class in college? Why?

That’s a hard question because it probably comes down to two classes. The first would be my freshman year Intermediate Japanese I class with Vyjayanthi Selinger. I had taken Japanese in high school and thought I was pretty good, but learned very quickly that college courses were an entirely different level of difficulty. For a similar reason, I’d say my junior year advanced seminar on Alexis de Tocqueville with Jean Yarbrough was also quite formative, as it taught me the rewarding feeling of (finally!) beginning to grasp the contours of a complex political theorist. Both Professor Selinger and Professor Yarbrough pushed me in ways I never thought possible and I am immensely grateful to both of them to this day.

2. Before Wheaton, what were you doing?

I was completing my doctorate in Political Science at the University of Chicago.

3. What big question are you trying to answer through your work?

“Is evangelism necessarily imperialistic?” I imagine most Christians would balk at my even asking the question. However, to much of the world, Christianity is inherently imperialistic, given both its connection to historic empires and the abuses many in the world (e.g. African slaves, native Americans, indigenous South Americans, South East Asians, and others) have suffered at the hands of men and women acting “for the glory of God”. Hopefully, it’s obvious that I don’t believe Christian missions is necessarily imperialistic, but we (as Christians) have to do the hard work of (1) understanding what aspects of Christian missions have historically led to global oppression and (2) commit to enacting more holistic visions of missions where “every nation, tribe, and tongue” can bring their unique culture expressions into the kingdom of God for his glory.

4. What has kept you busy during the pandemic?

Lesson prepping for my Introduction to Political Philosophy and Empire courses! Here’s hoping my students appreciate it!

5. Do you get butterflies the night before the first day of school?

I used to, but now I think it’s more of an excited anticipation. I often lose sleep waiting for the time to come—maybe more like Christmas Eve?

6. What would you have liked to tell the freshman version of yourself about going to college?

“Vocation” is much broader than picking the right major or getting the right internship or job. God often works in amazing ways through many different people in our life that we just can’t know beforehand. If you are open to that, you’ll be surprised at where he leads you.

7. When you’re not teaching or researching, what do you like to do?

So many things! I love watching and playing tennis and ping pong, listening to live jazz and reggae, trying (good!) BBQ and Korean food, and expanding my ever-growing collection of teas. Of course, having my wife, Nicole, enjoy these things with me makes it all the sweeter!