The Society's inaugural event in October, 2013

The Century Has Passed: Christianity Around the World in 1900 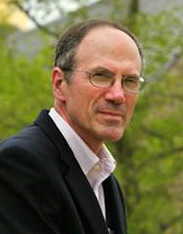 The Nineteenth Society launched its inaugural event in October 2013 with a lecture, "The Century Has Passed: Christianity Around the World in the Year 1900."

The event featured Mark Noll who shared his global perspective on one of the most fascinating, controversial, and significant centuries in history.

For 27 years, Mark Noll served on the faculty at Wheaton College as McManis Professor of Christian Thought. While at Wheaton, he co-founded and directed the Institute for the Study of American Evangelicals.

In fall of 2006, Noll joined the Department of History at the Notre Dame in South Bend, Indiana; he replaced the retiring George Marsden as Notre Dame's Francis A. McAnaney Professor of History.

Noll is a member of the American Academy of Arts and Sciences; in 2006 he received the National Endowment for the Humanities medal at a White House ceremony.