The 19th Society presented this lecture on Thursday, April 14, 2016 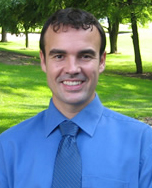 On April 15, 2016, the Nineteenth Society welcomed Dr. Jeffrey Einboden to Wheaton College. Dr. Einboden is Associate Professor in the English Department at Northern Illinois University. Dr. Einboden is a graduate of the University of Cambridge and, in 2014, he was named a National Endowment for the Humanities Fellow. Audio of lecture >>

Members of the Nineteenth Society first learned of Dr. Jeffrey Einboden’s work through his monograph Islam and Romanticism: Muslim Currents from Goethe to Emerson (2014). In that study, Dr. Einboden shifts readers’ attention from cliché treatments of the intersection of orientalism and romanticism, explaining that “Western literary engagement with Islam has been exhaustively portrayed in terms of coercive power, complicit in strategies of European colonialism and Middle Eastern exploitation.” He rather chronicles an assortment of Western debts to Islamic sources and precedents stretching from Johann Wolfgang Goethe to Ralph Waldo Emerson. Among his many books, translations, and journal articles are Nineteenth-Century U.S. Literature in Middle Eastern Languages (2013) and a translation of the Persian poet, Muḥammad Shamsuddīn Ḥāfiẓ: The Tangled Braid: Ninety-Nine Poems by Hafiz of Shiraz (co-authored with John Slater, 2009).