A new wave of 614 students came to Wheaton College this year, bringing their vibrant energy and enthusiastic spirit to campus life. Meet the Class of 2023’s Mark Echevarria, Dontay Givens, Lydia Kang, Eli Ouoba, Elijah Owens, and Kayla Raschke. From hometowns as wide-ranging as Philadelphia, Chicago and Minneapolis, these students are pursuing majors that include Vocal Performance, Communications, and Business/Economics. Hear a little bit about why they chose Wheaton.

Mark Echevarria: “I chose Wheaton … because I wanted to be surrounded by more genuine people who could help me grow in my faith.”

After Philadelphia-native Mark Echevarria visited Wheaton, he decided it was where he wanted to be for the next four years. In addition to pursuing a Business/Economics major, Mark is not only involved with Wheaton’s swing dance club, but also in both intramural and club soccer. His experience at Wheaton Passage in HoneyRock, the Outdoor Center for Leadership Development of Wheaton College, which is a pre-orientation college transition program for new students, was a major factor to a smooth transition into freshman year. Throughout the first month of classes so far, the most surprising part about Wheaton for Mark was how welcoming the upperclassmen were towards the first-year class. 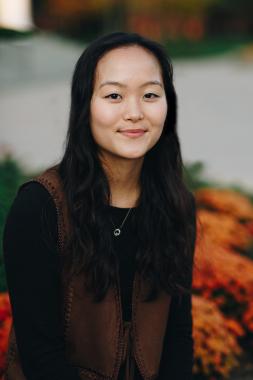 Lydia Kang: “I chose Wheaton … because after visiting for the #MyWheaton Day, I fell in love and haven’t looked back!”

Wheaton College’s reputation for strong academic programs and a tight-knit community drew Lydia Kang from Northern Virginia to the Midwest. As an International Relations major, Lydia also hopes to pursue the pre-med track. Outside of academics, Lydia in involved in the Wheaton Cheer Squad; running club; Discipleship Small Groups, a branch under Discipleship Ministries that provides a space for students to worship, pray, and fellowship together; the worship team for Koinonia, a group that glorifies God through the unique cultures of Asian/Asian American community; and the Chicago Evangelism Team. The most surprising part about Wheaton for Lydia was “the level of busyness here—there is always an event going on but I love it!”

Dontay Givens: “I chose Wheaton … because the BRIDGE program gave me a different perspective on how important building community can and will be once getting to campus. The insight the program gave me on what it looks like to live as a minority on Wheaton’s campus was definitely clutch.”

Over the summer, Dontay Givens was part of Wheaton’s Pre-College Building Roads to Intellectual Diversity and Greater Education (BRIDGE) Program, which brings together high-achieving, first-generation college-bound, low-income, and African-American and Latino students from the Chicagoland area for a four-week academic and leadership intensive. This experience not only drew him to Wheaton to pursue an Interdisciplinary Studies major, focusing on Sociology and Africana Studies, but also to play defensive back for the Wheaton Thunder football team. While his passion is out on the field, it’s also in the William Osborne Society, which is a group for students to fellowship and celebrate Black culture and its contribution to the Wheaton community. 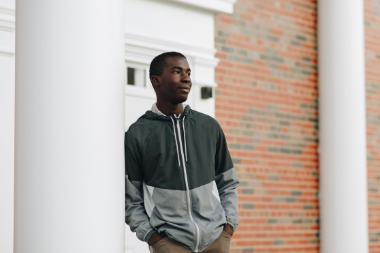 Eli Ouoba: “I chose Wheaton … because of its mission for Christ as well as its wonderful community.”

In hopes of studying percussion performance at a college with a mission for Christ, Eli Ouoba, from Jackson, Michigan, decided that Wheaton College’s Conservatory of Music was the ideal fit for him during his college search. His eagerness to pursue music has led him to join a variety of musical groups like the Symphonic Band, Symphony Orchestra, Percussion Ensemble, and Jazz Combo. He also works as an usher for the Conservatory. Aside from his love for music, Eli is involved in Discipleship Small Groups. His experience at Wheaton so far has him “absolutely astounded by the strength of devotion this campus has to our Lord.”

Elijah Owens: “I chose Wheaton … because I wanted to attend a college that had high academic standards, as well as a strong foundation in Christian faith. When I visited, I saw both of these things exemplified very clearly, but I also saw something else; there was an extremely strong sense of community here.”

Elijah Owens, from Minneapolis, Minnesota, was drawn not only to Wheaton’s rigorous academics and spiritual foundation but also to its welcoming community. “I’ve met so many amazing people that have welcomed me into the community without a second thought,” he said. In addition to pursuing Communications as a major, Elijah is also involved in singing for the Gospel Choir and serving in Student Government as freshman class co-president. 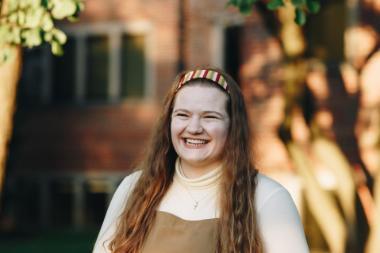 Kayla Raschke: “I chose Wheaton … because of the community.”

Following in the footsteps of older sister Karissa Raschke, who earned a bachelor's degree in Communications and Spanish in 2019, Kayla Raschke came to Wheaton College to study music from a Christian perspective. Kayla, from Grand Haven, Michigan, is pursuing Vocal Performance, with a concentration in opera and musical theater. Outside of the classroom, Kayla not only enjoys being part of Wheaton’s Concert Choir but also participating in this year’s Opera, “The Light in the Piazza.” As she looks back over her first couple of months, Kayla is grateful for the way upperclassmen have welcomed her in. In addition to her love and talent for music, Kayla is skilled in Zumba.

You can choose Wheaton too. Apply Early Action Today!