Wheaton College Professor of Anthropology Dr. Brian Howell noticed a disconnect between Wheaton’s extraordinary students and the world’s top scholarships and fellowships. To bridge that divide, he started an initiative to educate students on the possibilities and to help them start winning awards. 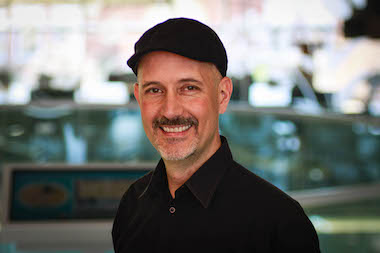 In 2009, Wheaton College Professor of Anthropology Dr. Brian Howell was asked to join a faculty council where applications for internal awards were reviewed.

“Some of the applicants were just extraordinary—people who had been four-year varsity, All-America soccer players who had done research in China and worked with underserved populations and published a book and been top ROTC scholars—just, amazing, amazing people,” Howell said. “I thought, ‘well, surely they’re applying for Rhodes Scholarships and Marshall Scholarships,’ but they weren’t.”

To remedy this discrepancy, he set out to connect students with these major scholarships and fellowships. In his first year of working with students on their scholarship applications, one of them became a finalist for the intensely competitive Rhodes Scholarship—confirming Howell’s hunch that Wheaton College students were viable applicants for major awards.

Since then, Howell’s idea has grown into the Office of Competitive Fellowships, a resource for students looking to apply to scholarships and fellowships. Faculty involvement has also increased, with different professors acting as point people for particular awards, ranging from the Fulbright Program to the Marshall Scholarship, among others.

In recent years, Wheaton students have racked up awards. For instance, Benjamin Hess ’19 won a 2018 Goldwater Scholar award, a prestigious scholarship that awards excellence in the fields of natural sciences, mathematics and engineering. Nadia Dervish ’17 was named a Fulbright Finalist through the English Teaching Assistant Program, which has enabled her to spend the 2018-19 academic year in Turkey, coming alongside English teachers in their work. Last year, three students, including Nathaniel Perrin, ’18, Leif van Grinsven, ’19 and Madylin Reno, ’19 won the Scholarship & Christianity in Oxford de Jager prize, awarded for outstanding scholarly work. And there are more.

“In order to be competitive for any type of grant or award, it’s vital that the applicant be thoroughly prepared,” said Virginia Shaffer, director of Wheaton’s Sponsored Program Office. “I’m so thankful that the provost empowered this team of dedicated faculty to inform, support and encourage Wheaton students interested in pursuing prestigious scholarships and fellowships.”

Currently, a cadre of students are applying for 2018-2019 awards. In his work with students, Howell tries to emphasize the importance of the connections these scholarships and fellowships offer. “Lots of our students go on to graduate work, lots of them get money for graduate work, but I don’t think that’s even the biggest benefit that comes from these,” Howell said. “It’s really more the connections that they get to other really fantastic students—people who become really important leaders.”

Ultimately, Howell hopes that Wheaton’s students will win these scholarships to the glory of God, saying: “If we are about Christ and his Kingdom, we don’t want to undersell where we can bring that kind of salt and light. We want to be really involved in some of the big conversations that are going on in the world because I think God calls us to that.”