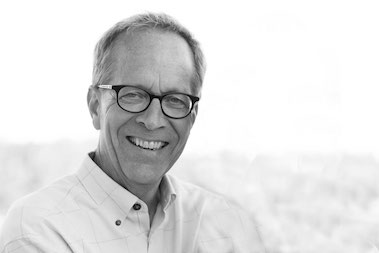 Dr. Michael Wilder, dean of the Wheaton College Conservatory of Music, was elected as vice president of the National Association of Schools of Music (NASM) during its annual meeting, held in mid-November 2018 in Washington, D.C.

“Through a peer-review process and the championing of high standards of music excellence, NASM continues, as it has for generations, to support and bolster music performance, teaching, and learning in hundreds of institutions throughout the country,” Wilder said. “I am deeply honored to be elected to this leadership position and look forward to continuing to serve NASM and its member institutions.”

In this post, Wilder will serve as vice president for three years, followed by a three-year term as president at NASM, the national accrediting organization for music and music-related disciplines.

His election comes after years of service to NASM. In 2013, he was elected associate chair and in 2016 the chair of the commission on accreditation and has served as a member of the NASM executive committee and board of directors. He has also led NASM workshops to train visiting evaluators and has often served as a visiting evaluator for schools undergoing accreditation review.

“Dean Michael Wilder’s longstanding national contribution to music education has now been recognized by this honor,” said Wheaton College Provost Margaret Diddams. “We are pleased to have Dr. Wilder represent Wheaton in his leadership of the National Association of Schools of Music.”

Wilder came to Wheaton College in 2008 after previously serving as Chair of Fine Arts at Friends University in Wichita, Kansas, and as Professor of Music and Chair of the Division of Performing Arts at Southwestern College in Winfield, Kansas. He completed his undergraduate studies in music at Iowa State University, where he graduated with distinction in an honors program that combined music education and music performance. He completed both his master’s and doctorate degrees in clarinet and music education at the University of Michigan.

In addition to his teaching and administrative work, Wilder served for a number of years as a member of the Wichita Symphony Orchestra. Currently, he is a member of Camerata Chicago orchestra. He has also served in leadership roles at various festivals, including the Credo Festival at Oberlin and the MasterWorks Festival in the United States and in England.