Wheaton Faculty Experts on the Impact of Brown v. Board of Education

The death of Linda Brown Thompson on March 25th marked an important moment in American history. She is remembered as Linda Brown, the child whose name is attached to the famous 1954 Supreme Court case Brown v. Board of Education. In that case, the Supreme Court determined that “separate but equal” schools for African-Americans and white students were unconstitutional. The decision opened the door for desegregation of American schools.

In this post, Wheaton College professors from three disciplines—education, history, and psychology—comment on the impact of the Brown decision on American culture. 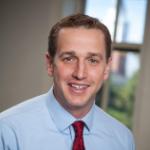 Jon Eckert: The Brown decision should have included integration of teachers and administrators

Linda Brown was a hero. What she and other African-American students did to create a better society through integrated public schools was heroic.

Nearly 90 percent of school-age children attend public schools today—public schools that now serve more students of color than white students. Those schools shape our society. Although there is evidence of resegregation over the past few decades, without the efforts of students like Linda Brown, our society would be far more impoverished. We all lose when we are separated by race.

As a society, we asked Linda Brown to do what adults would not. We integrated students before integrating the adults who served those students. We should have integrated teachers and administrators, but we asked African-American students to do this on their own.

We still have a long way to go before our schools and churches reflect God’s kingdom. We need more heroes—both students and adults. Thanks to people like Linda Brown, we have some role models. 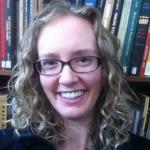 Karen Johnson: Brown is an opportunity to remember the local heroes of the civil rights movement

Brown v. Board of Education was a landmark case and is sometimes cited as the beginning of the modern civil rights movement.

While we often remember major figures like the Reverend Dr. Martin Luther King, Jr., Brown’s story reminds us that people on the ground struggled greatly to attain first-class citizenship.

Linda Brown’s father, the Reverend Oliver Brown, wanted his daughter to attend their neighborhood school. The principal at the all-white school refused to admit Rev. Brown’s seven-year-old daughter not in the Deep South, but in Kansas, in accordance with the state’s segregation laws. The NAACP took Brown’s case, building on its decades of litigation to end segregated schooling.

The fact that segregation laws, or de jure segregation, existed challenges a narrative of inevitable progress in American history. Jim Crow laws were created after Reconstruction ended and were enforced violently through the South, including by state-sanctioned, public lynching.

Segregation and the ensuing lack of equality existed in the North as well. Ten years after the Brown decision, black parents and children in Chicago protested black students’ exclusion from white schools. In Chicago, black students were crammed into overcrowded schools, attending school in shifts. In Chicago, discrimination was less overt than in the Deep South, based on neighborhood boundaries rather than explicit color lines. But, in complicated ways, those boundaries, too, were supported by the federal government and enforced by white violence.

We should celebrate the changes for which civil rights activists worked and the bravery of students like Linda Brown. But we should also remember that they paid a high cost and worked for decades. People like King and countless others were killed because they wanted to change the racial order and embody the beloved community.

Christians must grieve the dishonoring of black bodies in America and in American white churches, even as we rejoice in the knowledge that change can happen and celebrate the courage of many black and white brothers and sisters.

Dr. Karen Johnson is an assistant professor of history. Her research interests include the history of race and religion in the United States.

Ben Pyykkonen: Clinicians continue to play an important role in the issues raised by Brown

My reflections on the importance of the Brown decision are both personal and professional.

The family I grew up in, and the family my wife and I have built together, are both multiracial. Without Brown, I might not have been able to attend elementary school with my siblings, and my own children would not be able to go to school together today. My integrated family would not have fit into a segregated world.

As a psychologist who studies stigma in at-risk and marginalized populations, I am interested in the role that stigma played in the Brown decision, and its impact now.

The findings of a group of experiments conducted in the 1940s known as the “Clark Doll Test” were integral to the arguments social scientists made before the Supreme Court about the harm of segregation.

In this group of experiments, psychologists Kenneth and Mamie Clark found that African-American children identified their clear preference to play with white dolls over darker-skinned ones, describing the white dolls with positive characteristics they did not apply to the brown dolls.

The Clarks concluded that the children had internalized feelings of inferiority in response to the stigma they experienced in a segregated society, and that these feelings were reflected in the ways they related to the dolls.

The Court’s decision noted that “[t]o separate [African-American children] from others of similar age and qualifications solely because of their race generates a feeling of inferiority as to their status in the community that may affect their hearts and minds in a way unlikely ever to be undone.”

Although the ruling occurred more than 60 years ago, some of the same difficulties remain. Psychologists who study stigma know that people who are in stigmatized social groups are required to dedicate cognitive resources to manage perceptions and personal presentation in ways that are not required of individuals not of stigmatized groups. Simply put, you have to think harder and exert more internal resources to function in a culture where you are marginalized.

The bravery and fortitude of Linda Brown and students like her is remarkable when you consider what it is like to learn in an environment where stigmatization was amazingly present.

Although schools are now integrated by law, students of color continue to experience stigma. Researchers, educators, and clinicians continue to explore the impact of stigma on cognitive and emotional states, and to develop strategies to address and inoculate students from stigma.