Gary Haugen to Speak at 2018 Undergraduate Commencement at Wheaton College 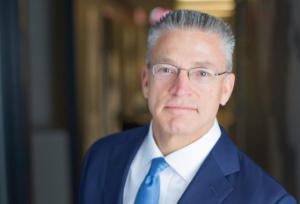 Gary Haugen, founder and CEO of International Justice Mission (IJM),  will address candidates for the bachelor’s degree in the arts, sciences, and music education during the Undergraduate Commencement ceremonies at 3 p.m. on Sunday, May 6, 2018.

Prior to founding IJM in 1997, Haugen was a human rights attorney for the U.S. Department of Justice, where he focused on crimes of police misconduct.  During the time he was founding IJM, he continued as a senior trial attorney with the Police Misconduct Task Force of the Justice Department’s Civil Rights Division, enforcing action against police departments with patterns or practices of misconduct.

Haugen is a popular speaker at leading universities and global conferences and was recognized by the U.S. State Department as a Trafficking in Persons “Hero” – the highest honor given by the U.S. government for anti-slavery leadership.  He is the 2007 recipient of the Wilberforce Award recognizing an individual who has made a difference in the face of formidable societal problems and injustice.  His work to protect the poor from violence has been featured by Foreign Affairs, The New York Times, The New Yorker, The Times of India, Forbes, The Guardian and National Public Radio, among many other outlets. He is the author of several books, including Good News About Injustice (InterVarsity Press) and The Locust Effect: Why the End of Poverty Requires the End of Violence (Oxford University Press).

For more information about Commencement services at Wheaton College, call the Office of Media Relations at 630.752.5015.