Emily (M.A. in Biblical Exegesis '19) and Meredith (B.A. in Secondary Education and History '19) share how their time at Wheaton College has given them precious time to grow closer as sisters.

This blog features a story about Wheaton College Graduate School.

For many, Wheaton College has become a family legacy. Grandparents, parents, or older siblings who attended Wheaton leave footsteps for the next generation to follow. But sometimes Wheaton is more than a legacy.  It can actually become a time for families to grow closer and to learn together (like this story about twin sisters, Alison and Sarah).

This is definitely the case for two current students: Meredith (B.A. '19) and Emily (M.A. '19) Schellhase. Meredith and Emily are two Missionary Kids, often referred to as MK’s, who have, over the years, called Quebec, Niger, and Arkansas their home. The MK experience caused the siblings to grow a unique bond, while simultaneously developing individual and diverse life paths. 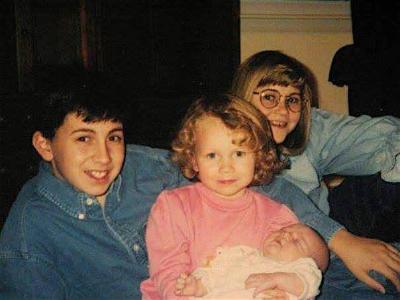 Meredith, the youngest sister of the four Schellhase children, was the first to enroll at Wheaton. "I had applied to Wheaton College during my senior year, but I did so half-heartedly because I really didn't want to go to a Christian college. I believed that Christians should live in the world and not cloister themselves off into separate communities. I took a gap year to go to a short-term Bible training school so that I'd be grounded in my faith before starting at a secular college. It was in that time that I realized what Wheaton actually was, and that I actually wanted and needed a school just like Wheaton, one that emphasized the shaping of students for a vocation in service to God and to others."

By the time Meredith enrolled at Wheaton to study Secondary Education and History, Emily (who is older by three years) had finished her B.A. at Vanderbilt University and was working with an organization in Chad.

"Through traveling with our parents and my work in Chad, I realized I have a passion and a gift for the Bible and for other cultures and languages. It is my goal to live among populations who do not yet have a church. I want to learn how best to interpret and communicate scripture in a way that both respects the culture I am in and reflects the heart of the gospel message," notes Emily.

For Emily, this meant she needed more training in the original Biblical languages. It wasn't a hard decision when it came to choosing a school.

Emily enrolled in the M.A. in Biblical Exegesis and moved to Wheaton, much to the delight of her younger sister: "Emily is my best friend, so I am very glad that she is here!" Meredith says with a smile. 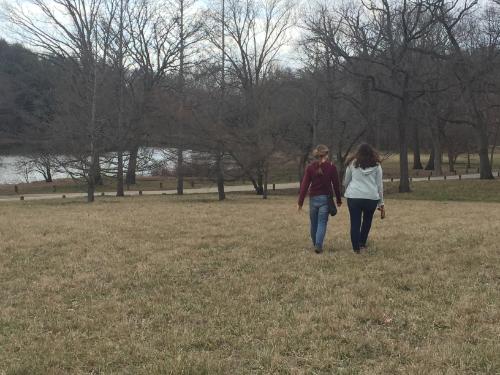 Emily nods her head in agreement: "Meredith is my best friend! We love being able to have this time together. Meredith plans to complete an M.A. in teaching and pursue work in the public-school system in the U.S., and I plan to head back to North Africa. We consider this time a gift."

For both of them, the joy of this extra time before they move on to their different vocations is a special blessing from God. "We know that someday we won't be able to just pop in on each other, go to church together, or grab a cup of coffee—these days at Wheaton are very precious to us both."

In the spirit of #NationalSiblingDay, we asked them to dish out funny facts about each other. They both immediately started to giggle and give one another a playful side-eye.

Meredith says, "when Emily laughs really hard, she laughs for at least five minutes—and it's usually about something no one else is laughing about. But then we all start laughing because, well, Emily's still laughing..."

Emily laughs in agreement for a moment, then says, "Meredith picks through garbage! And by that, I mean to say that I am proud she is part of the A Rocha environmental group on campus. Meredith takes the time to check recycling bins to make sure they're not contaminated with garbage and non-recyclable items."