Fiscal Imbalances: Reflections on the Great Recession and Its Aftermath

This panel discussion, led by Bill Scholl, President of First Security Bancorp and Casey Mulligan, Professor of Economics at the University of Chicago, was a continuation of issues raised in our  Fall 2011, Fiscal Imbalances discussion with a focus on the banking industry and entitlement spending as it relates to the Great Recession and our nation’s debt crisis. The discussion was moderated by Seth Norton, former Director of the Wheaton Center for Faith, Politics and Economics.

Bill Scholl is the president of First Security Bancorp, a $4.1 billion bank holding company, and Vice Chairman of First Security Bank of Arkansas where he serves on the board of the holding company as well as the bank. Scholl is also a current board member of the Federal Reserve Bank of St. Louis (Little Rock Branch). He is a graduate of Wheaton College and the Stonier Graduate School of Banking at Rutgers University in New Brunswick, New Jersey. 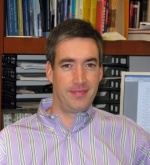