Kailin Richardson ’20 is an English major with an emphasis in literature from Aurora, Illinois. In this MyWheaton blog post, Kailin shares some reflections from her participation in the Wheaton in England summer abroad program.

Whether or not the first image that comes to mind at the word ‘Pilgrimage’ is starched white aprons and black buckled hats descending from The Mayflower or stilted Chaucerian figures processing across old monuments whilst speaking in Middle English, it really isn’t something we have much use for today. Pilgrimage lies sanctioned off in our minds as a thing of the past, inaccessible due to its solemnity and faded glory.

So when we finally got our info sheets for Wheaton in England, you can imagine that the idea of a “literary pilgrimage” (so do think Chaucer) as our theme didn’t necessarily strike immediate thrills in our hearts. Or, if we’re being honest, at least not into mine. I was excited about the trip, but I had no attachment to the idea of pilgrimage. 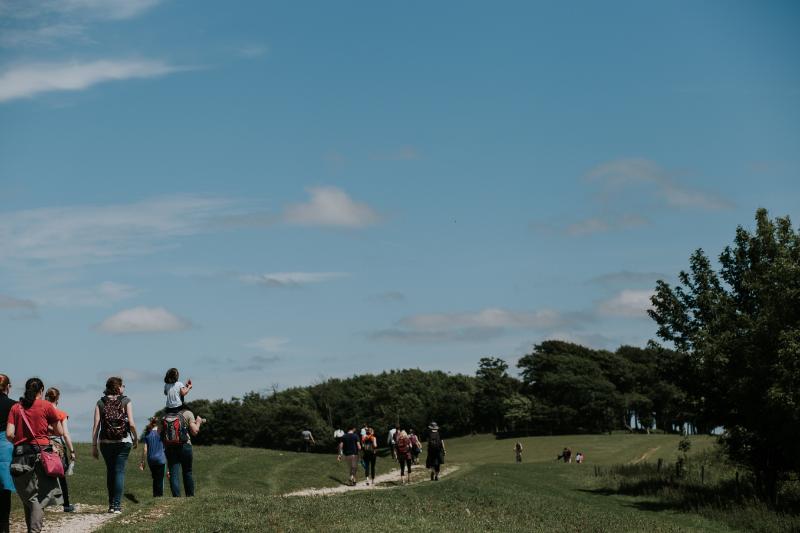 Actually, I was nervous about the trip. I spent the majority of the preceding semester holding England up in my mind as the mythical place of wonders that would just be so magnificent, all my problems might dissolve in a fiery blaze of glory and I would run screaming with joy through the English countryside. Now, I’m not saying this was impossible, or even improbable, but yes, I was aware—realistically, these were disastrous expectations.

But as we spent our first two weeks on campus, Dr. Kriner and Dr. Weber began to present pilgrimage to us. Pilgrimage, they said, wasn’t the pressure to follow in ancient footsteps until we were flooded with instant spiritual epiphany—instead, it was more about how to bring all of yourself into a place so much bigger than yourself. How do we wrestle with the places we inhabit that are so unconcerned with us and our generation, yet at the same time, intimately aware of our significance? Literature, it would seem, might begin to bridge the gap. 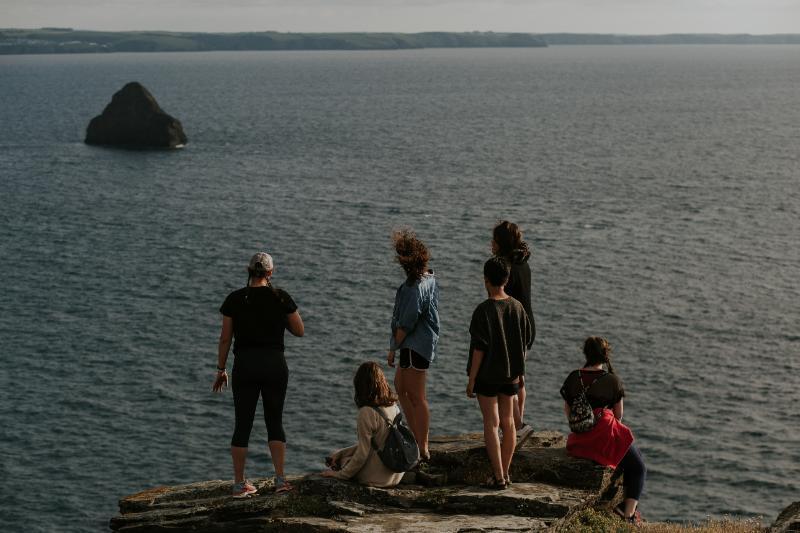 Between hard nights cramming homework and hastily beginning to grasp at friendships, discussions of pilgrimage would enter our stuffy little corner classroom in Blanchard and permeate us with a sense of relief. In an effort to defy the weight of expectations, we would bring all of ourselves, leaving nothing behind. We would rediscover pilgrimage.

And here is what we found it to be:

Pilgrimage is running to meet the cliffs, giggling in awe over our hostel that practically dangles off Cornwall’s coast, shoving itself into the sunset. It is setting aside fear to explore on our own, finding and claiming pockets of solitude. It is sharing—poetry, experience, Digestives. It is childlike joy while all of us twenty-somethings scream on the playground swings that definitely would not be legal in the States, utterly willing to make idiots of ourselves. It is that constant looking over the shoulder on the dark and old streets of London to make sure everyone is there while we navigate together to the Tube. It is chasing kids across the Brontë’s Moors, bringing joy to the traditionally moody and craggy hills. It is total awe as we let go of ourselves in cathedral after cathedral, finding God to be as great and boundless as He was centuries ago. 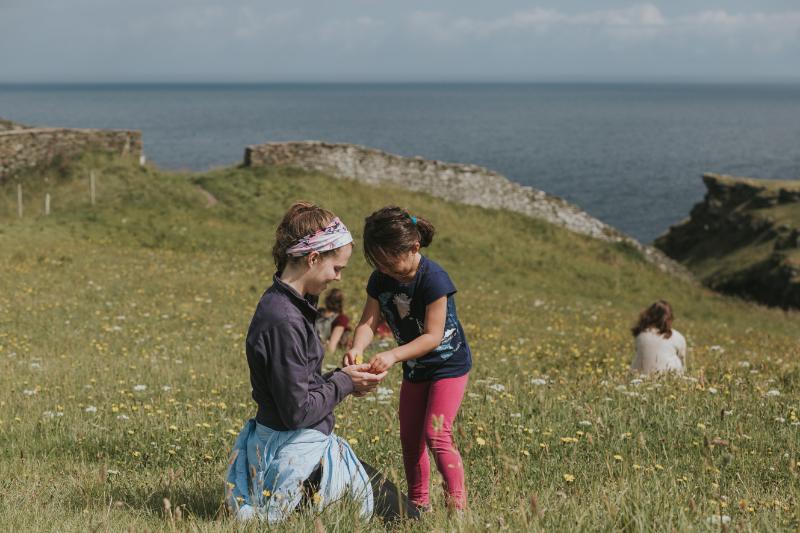 But Pilgrimage is also our heads in our hands in the dim lighting of a small cordoned-off chapel underneath Canterbury, surrounded by buried saints. It is arms desperately outstretched in front of the sun setting over the rolling hills as we look for God, wondering if He is absent in the one place we thought we would find Him. It is heavy faces leaving the Oxford classroom, carrying all the weight of T.S. Eliot’s Waste Land, and residual frustration from sleep-deprived debate over characters we identify with or even hate from the Victorian novel Middlemarch. It is flashes of terror over missing people; over the idea of being left behind. It is our arms around each other, in the gardens of Oxford, on the sheep-spotted hills of Steyning, in cathedrals and dorm rooms and hostel and hotel hallways as we cry and find our hearts broken, our prayers unanswered. It is arguing and cynicism, two of the English major’s favorite things, hurting each other when we don’t mean to (or do). And most of all, it is bursting into the Doxology when the air blasts on after hours on the hottest bus ever to exist. 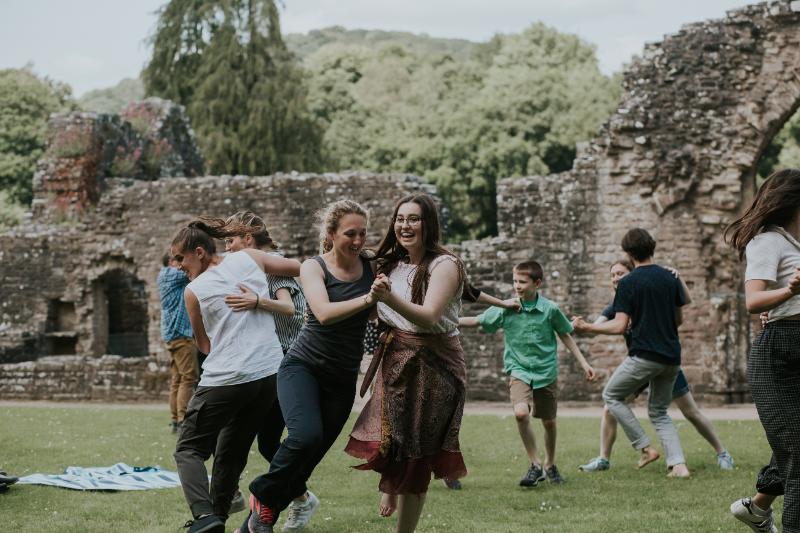 There was something utterly remarkable about traveling with these people through these places. We became willing to give ourselves to each other, gifted with vulnerability through the literature we love—it grew normal to find ourselves somewhere magnificent just living instead of touring, desperate to be present. Even when we weren’t so willing to think of ourselves as pilgrims together anymore, we didn’t have any other option.

I sit back in the States and suddenly, I am not longing for tea, lakeside hostels, or rolling green hills quite as much as I am longing for a constant state of pilgrimage. I wish we would remember that we are never truly home. I wish we would move from space to space together, bringing all of ourselves—the mess, the joy—searching one step at a time for any space we can find filled with Him to remind us that eventually, we will be home and whole. 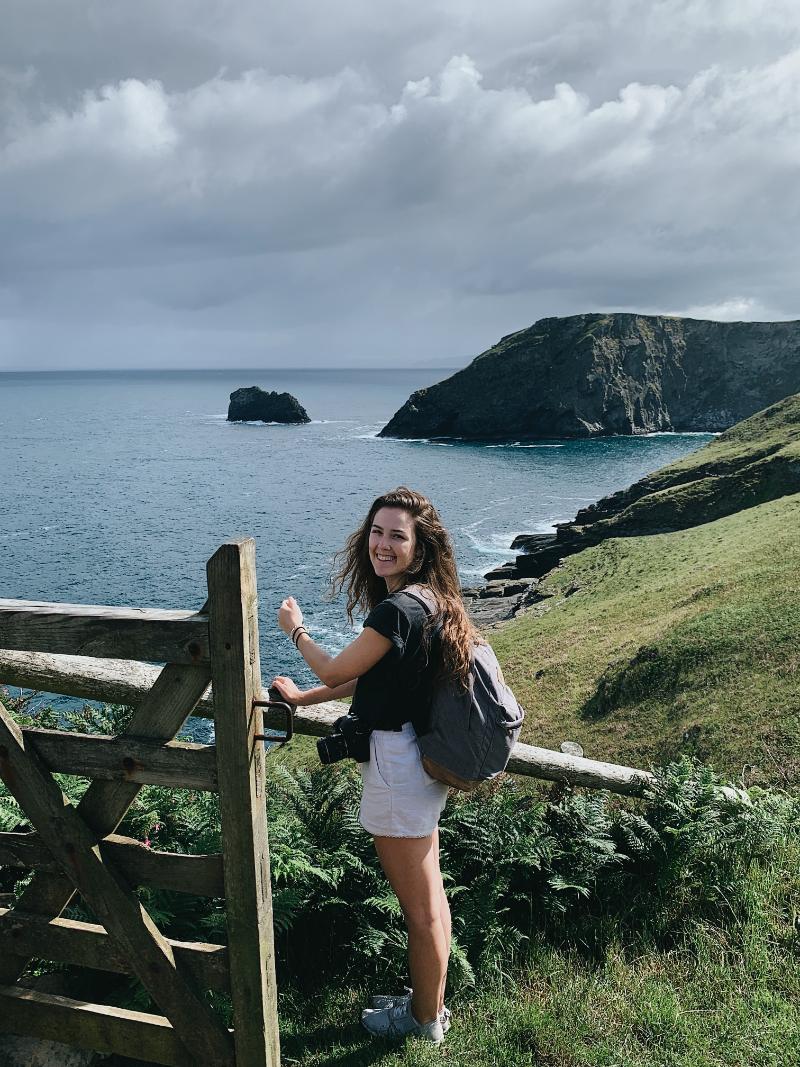