Worthington to Visit Wheaton as Distinguished Professor of Psychology

This blog features stories about the Wheaton College Graduate School. In this post, we are pleased to announce that Dr. Everett Worthington, notable for his research into the psychology of forgiveness, will visit Wheaton's school of Psychology, Counseling, and Family Therapy as Visiting Distinguished Professor of Psychology.

The School of Psychology, Counseling, and Family Therapy at Wheaton College is thrilled to welcome Dr. Everett Worthington as Visiting Distinguished Professor of Psychology. 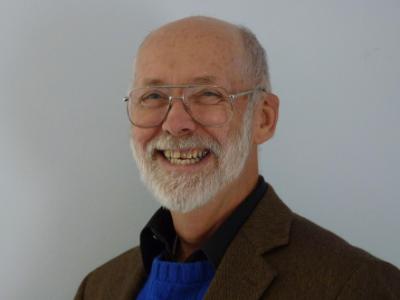 Everett Worthington, Ph.D., is Commonwealth Professor Emeritus working from the Department of Psychology at Virginia Commonwealth University (VCU; the largest state university in Virginia). He is also a licensed Clinical Psychologist in Virginia. He has published over 38 books and 440 articles and scholarly chapters, mostly on forgiveness, marriage, and family topics. He does over 20 workshops and makes over 60 other talks annually in venues all over the world.
Dr. Worthington is regularly in media. He is a Past-President of the American Psychological Association (APA) Division 36 (Society for the Psychology of Religion and Spirituality), and a clinical fellow of the Association for Psychological Science and two divisions of the APA (Div 17, Counseling; Div 36). He won VCU’s annual top award for teaching, research, and service—VCU’s Award for Excellence—in 2009 and several organizations’ top awards. He was awarded a Doctorate of Humane Letters from Pepperdine University in 2014. He was awarded VCU’s top academic recognition, Commonwealth Professor, in 2015. In 2016, the State Council of Higher Education in Virginia recognized him as one of 13 Outstanding Professors in the Commonwealth (selected from all disciplines). He also won the Humanitarian Award from the Association for Spiritual, Ethical, and Religious Values in Counseling (ASERVIC), a division of the American Counseling Association, in 2017.
He became interested in forgiveness through his practice in couple counseling, and he began conducting research on forgiveness in 1990 but writing about its clinical uses in the 1980s. In the last 30 years, he has studied forgiveness, justice, faith, and a variety of virtues under the general rubric of positive psychology. He became interested in their relationship after his mother’s murder and brother’s subsequent suicide. He has studied a variety of topics relevant to positive psychology, the branch of psychology dealing with virtue for self and other. These include forgiveness, humility, gratitude, mercy, inspiration, marriage enrichment, altruism, love, and religion and spirituality. Recently he has studied and written most about forgiveness and humility. (Yes, he studies other people!) He attributes his success to the many wonderful students and colleagues he has had the privilege of working with over the years.
Learn more about Dr. Worthington and his many accomplishments, publications, and view videos featuring his talks on his faculty profile.
Contact Us