A Circuitous Journey to a Spanish Major

Amadea Margo '20 is an Applied Health Science and Spanish double major from Malang, East Java, Indonesia. In this MyWheaton post, Amadea shares her circuitous journey to a Spanish major through her experience on this summer's Wheaton in Spain trip.

You know that satisfying feeling you get when you think you've got it all figured out?

When you've finally picked a major; you've planned out all your classes for the rest of your time at Wheaton; and you're not taking gen-eds anymore just because you don't know what other classes to take? That's how I felt before Wheaton in Spain. I felt as if I was walking in a straight line on a clear path that leads to my degree in applied health science.

However, God decided that I wasn't going to walk a straight path. In fact, God chose a circle for me—a complete circle that ran its course during my time in Spain.

As most freshmen do when they start college, I came in undecided, only knowing that I would take Chinese as a minor, due to my heritage and parents' relentless encouragement. Apart from required foreign language credits in high school, Spanish had never been a big part of my life, let alone an option for a major.

But chapel happened—Honduras Project Chapel, to be exact. A member of the team was leading a song about rivers of living water—"Rios de Agua Viva." That day, I heard a voice during that song, telling me that I would be fluent in Spanish. Call me impulsive or perhaps a little naïve, but I listened to it. Thus, the shift from the line, and the beginning of the circle. 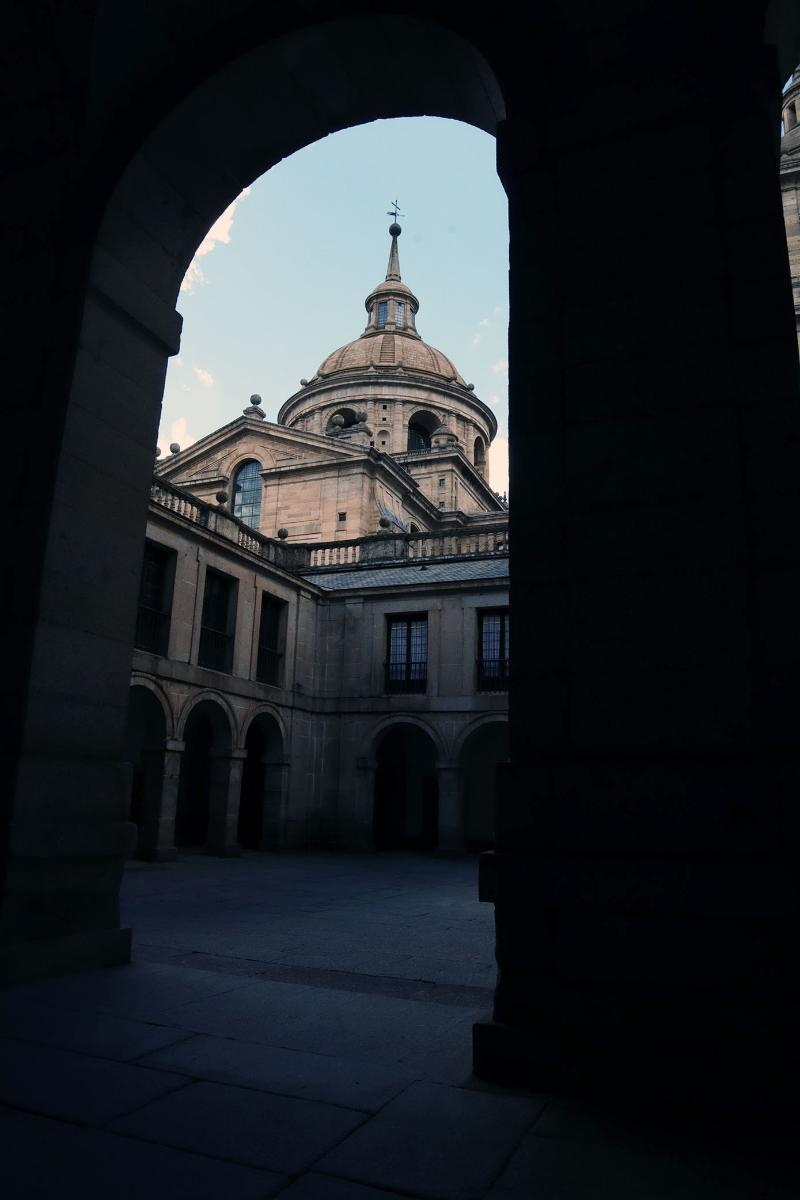 At first, I refused to be derailed from that clear path. From taking the Spanish placement test at two o'clock in the morning to procrastinating on any Spanish-related assignment, I had had my mindset, and it was not set on Spanish. But, who am I to refuse the will of God?

Fast forward a little, and there I was on the busy streets of Barcelona, learning Spanish for business in Salamanca, and eating more bread and jamón than I thought I ever would in my life. But that wasn't all that God had in store for me. 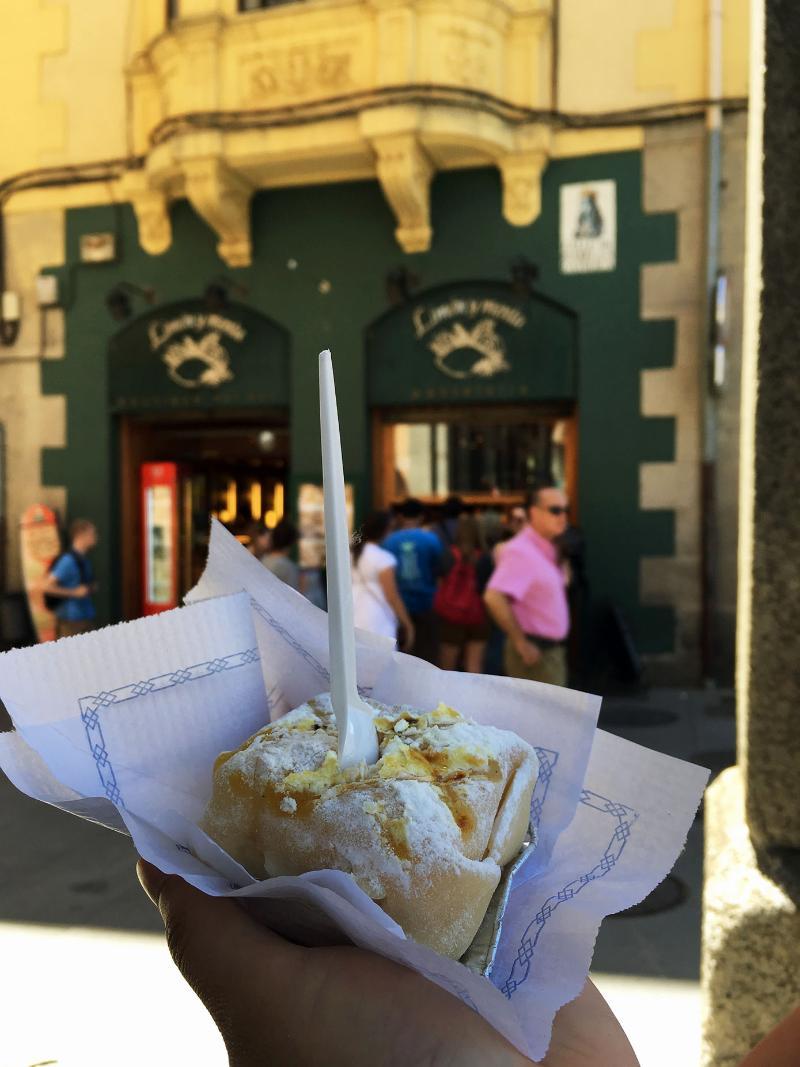 His first surprise: The teaching assistant for Wheaton in Spain was the same girl that sang "Rios de Agua Viva" in chapel.

Surprise number two: As a group, we met the man who wrote that song during our time in the city of Bilbao, Spain.

And last but not least: A job in the Spanish department for the rest of my time at Wheaton.

From wanting nothing to do with Spanish to being a part of the Spanish department, I can say that I've left that straight line behind.

Wheaton in Spain made me realize how deeply I've fallen in love with the Spanish language and culture. Walking on the cobblestone paths of Santiago de Compostela, ordering my daily dose of café con leche, speaking with natives and actually understanding what they're saying instead of just smiling and nodding—there are no words to describe how I felt about this trip except that it felt right. Every person that I met, every experience that I had—I could tell that it was God's plan all along for me to go on Wheaton in Spain. God saw something in me that I didn't see in myself. A talent for the language. A passion for the culture. A love for the people.

Thanks to Wheaton in Spain, I think I got it all figured out—at least for now. 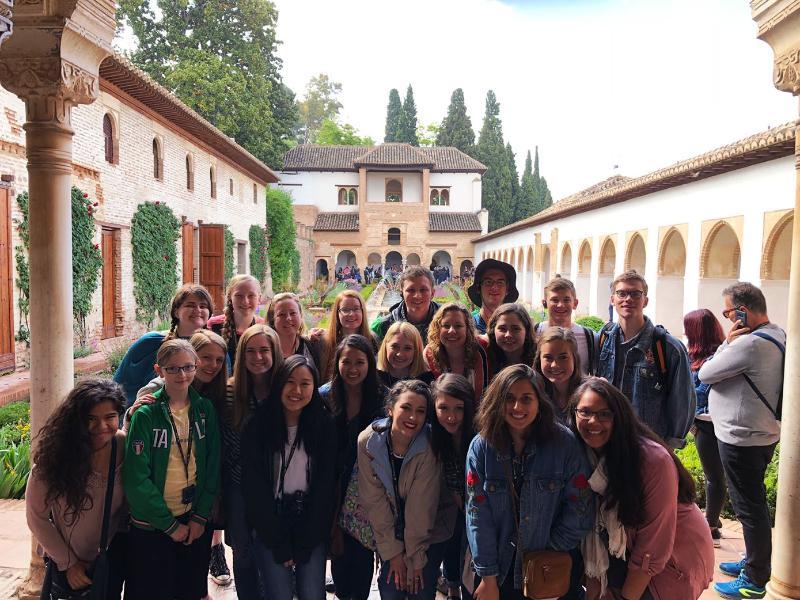