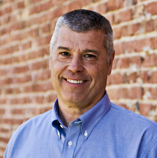 Wayne Gordon is a graduate of Wheaton College and Northern Baptist Theological Seminary. He received his Doctor of Ministry degree from Eastern Baptist Theological Seminary.  In 1975 Wayne moved to North Lawndale located on Chicago's Westside.  At that time, North Lawndale was the 15th poorest neighborhood in the U.S.  He was a teacher and coach at Farragut High School, also located in North Lawndale.  Wayne and his wife Anne have raised their three adult children: Angela, a graduate of Taylor University who lives in Chicago and is a Chicago Public Schools teacher; Andrew a graduate of Baylor University and a trader with the Chicago Board of Trade, married to Stacy, and Austin graduate of Azusa pacific University, living in Chicago, in the Lawndale community.  Wayne and Anne, along with some local high school students, founded the Lawndale Community Church.  Today, LCC has over 1000 worshipping families and Wayne continues as pastor.

In over 37 years of ministry "Coach," as he is affectionately known, has played a key role in numerous community development initiatives. He is one of the founders of the Lawndale Christian Health Center, a healthcare ministry that sees over 150,000 patients per year.

Wayne was the founding president of the Lawndale Christian Development Corporation.  The Development Corporation is the arm of Lawndale Community Church that facilitates economic development, education and housing.  LCDC has seven different housing ministries and under Wayne's leadership, over 400 units of abandoned housing have been rehabbed.  LCDC places special emphasis on home ownership for residents of the community.

One of the major goals of “Coach” has been developing a new generation of leaders for North Lawndale.  Over 200 young people have graduated from college with more than half returning to live and work in North Lawndale.

Wayne Gordon helped to formulate the Christian Community Development Association (CCDA).  CCDA is a network of individuals and ministries nationwide who engage in Christian community development efforts. At various times, CCDA has had 1000 organizational members and 10,000 individual members.  CCDA meets annually to share skills and network together.  Over 3000 people attend the national CCDA conferences and the CCDA movement continues to expand.

Coach is an adjunct professor at several seminaries and graduate schools.  He heads up a Lawndale campus of Northern Baptist Theological Seminary and along with Dr. John Perkins directs a Doctoral program in Christian Community Development.

Wayne authored the inspiring book "Real Hope in Chicago."  This book details the power of God working in a community in need.  Wayne has co-authored books and written numerous articles on God's heart for the poor and Christian community development.  His most recent book he helps to gain an understanding on how to love people in “Who is My Neighbor?” Lawndale Community Church was given a "Point of Light" award by President George Bush in 1989 and Chicago Magazine named Wayne one of the Chicagoans of the year in 1995 for his commitment and creativity.  Wayne was Wheaton College’s Alumnus of the Year in 2010 and received the William Wilberforce Award from Prison Fellowship in 2011.