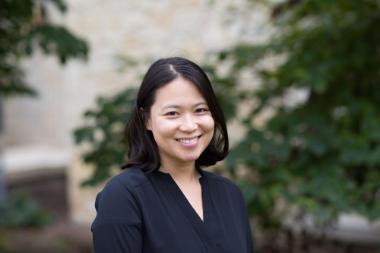 This segment sparked an idea for a potential project, now funded with an $18,000 grant from the Korea Foundation, which supports research projects that provide in-depth analyses of South Korea and its relationship with other countries.

The grant, awarded in Fall 2020, will culminate with an academic paper that looks at the role of American businessmen in late 19th-century paradipolomatic relations with Korea and another that highlights two paradiplomatic case studies between the U.S. and Korea. Dr. Kim and several Wheaton student researchers also plan to discuss their research as part of a conference panel.

Paradiplomacy is a term that describes how sub-national groups negotiate directly with another country rather than using nation-to-nation diplomatic channels—in this case the U.S. state of Maryland negotiating with the country of South Korea. While this practice may seem unusual, according to Dr. Kim, paradiplomacy has historically been in practice and has increased significantly over the last few decades.

“I thought I could contribute a historical background about these types of subnational contexts in Korea-U.S. relations, and I could collaborate with International Relations students to dig deeper into the policy-oriented components,” she said.

Dr. Kim is working with Wheaton students Rebekah Cha, Luke Witzig, and Madeline Ham who are helping with the research for one of the academic papers—two of which will hope to travel to Seoul this summer. Dr. Kim is collaborating with a scholar at Yonsei University in Seoul, and the students are looking forward to getting their paper workshopped by the scholars there.

“COVID has really brought paradiplomacy to the forefront in a real way, as the example of Maryland’s governor negotiating with Korea shows,” Dr. Kim said. “With these papers, I’m hoping that through the frame of paradiplomacy we’ll be able to shed light on diplomatic relations in the past.”