Board of Trustees approved appointment in recognition of Dr. Norton’s long and remarkable scholarship and teaching record 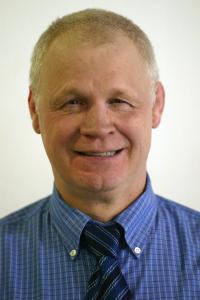 Wheaton College Professor of Business and Economics Dr. Seth W. Norton has been appointed to the Carl R. Hendrickson Distinguished Chair in Business.

"I am pleased that with this appointment our Board of Trustees has recognized Professor Norton’s contributions to Wheaton College and the field of political economy," said Wheaton College Provost Dr. Margaret Diddams.

Established in 1991, the Hendrickson Chair was endowed to "ensure at Wheaton College a faculty person of outstanding gifts and abilities in teaching, writing, and research in business studies." The Board of Trustees approved this appointment in recognition of Dr. Norton’s long and remarkable scholarship and teaching record.

A faculty member at Wheaton since 1995, Norton previously held the Aldeen Chair in Business and Economics, the Kvamme Chair of Political Economics, and the Directorship of Wheaton’s Center for Faith, Politics & Economics. Prior faculty appointments include Triton College, Illinois State, and Washington University, where Norton won a university-wide teaching award.

Norton holds a B.A. degree in history from Northwestern, an M.A. in public policy from the University of Wisconsin, an M.B.A. in finance, and a Ph.D. in economics and finance from the University of Chicago, where he studied under four Nobel Prize winners. Dr. Norton’s research record is diverse, including publications in nearly every area of business and economics with more than 7,000 citations listed on Google Scholar. He was a member of the executive board of the Western Economics Association International from 2008 to 2011 and served as secretary-treasurer of the WEAI from 2009 to 2011.

“I am honored and grateful for this new opportunity to work with my colleagues in the Business and Economics department to teach and conduct research on important issues related to the economy and numerous business endeavors,” Norton said.