A Comparison of Contracting (Private) and Property Rights (Government) Institutions

Good economic institutions lead to human flourishing such as national wealth and the attendant personal benefits such as lower infant mortality. This is a story well-articulated by economics Nobel Laureates, Ronald Coase, Douglass North and Oliver Williamson.1 However, like many noteworthy ideas, further questions emerge as to what are the institutions that enhance human well-being? The answer is nuanced. Within the domain of market economies, various institutional arrangements exist. These include what Professors Daron Acemoglu and Simon Johnson of the Massachusetts Institute of Technology identify as contracting institutions.2 These legal foundations affect the mechanism and nature of contracts. Within the domain of market, economies there are also property rights institutions. These legal foundations circumscribe contractual forms and enhance economic relations.

Professors Acemoglu and Johnson identify workable measures for these economic institutions. The authors document wide dispersion in contracting institutions as the Dominican Republic’s contracting costs are 440 percent of per capita GDP or 495 days of national output. In contrast, New Zealand’s contracting costs are 12% of per capita GDP of 50 days. Their first measure is an index of legal formalism that measures the number of formal legal procedures necessary to resolve a simple case of collecting on an unpaid check. The second is the case of resolving a case of unpaid commercial debt while the third is the number of procedures necessary to resolve a court case with the same unpaid commercial debt. 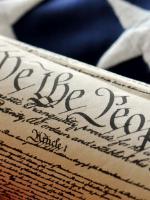 For property right issues, the authors use from the Polity IV cross-national database, a ranking from 1-7 of constraints on the executive—heads of governments and similar rankings of expropriation risk and private property protection. Details of the rankings are informative. Austria and Australia rank 7 for 1995. Azerbaijan’s rank is a 2 as is Burkina Faso’s rank. Cuba’s rank is 1, indicating that the Polity IV analysts rank the political elites of Cuba as largely unconstrained. The researchers also examine a number of measures of performance. They also include alternative measures of property rights including The measures of the government expropriating private property on an index ranging from zero to 10 with zero having the lowest protection against expropriation. An American example would be the case of a 160-acre farm with 80 acres of mature oak trees acquired via eminent domain with compensation to the farm’s owner beneath market value. These data come from Political Risk Services and a third measure is the Heritage Foundation’s private property index that measures the extent to which property is protected from the government and other sources of expropriation.

The researchers use four measures of economic performance including GDP per capita, reflecting long-term economic growth, investment/GDP, credit to the private sector, and stock market capitalization. The authors examine the link between these performance measures and contracting institutions or property rights institutions. The authors use conventional econometric approaches that permit identifying tests of causality.

The estimates reveal no consistent links for the effect of contracting institutions except for the stock market capitalization variable and that measure is negative. In short, contracting rights have no affects or in one case perverse effects on the measures of economic performance.

Regarding the property rights measures, the results are dramatically different, especially for the executive constraints, the author’s preferred measure for property rights. The results hold for long term economic growth, investment as a fraction of GDP, credit to the private sector and stock market capitalization. The last measure is a bit weaker but still statistically significant at conventional levels. More to the point, the data indicate that well established measures of human well-being are intimately linked with property rights measures. This conclusion fits tightly with the Douglass North’s view of modern economic history. These results apply to the entire set of World Bank countries for 1995 data as well as subsample of 71 former colonies for whom the legal system presumably was shaped by that experience. The results are invariant to those colonial forces.

In short, the results are mixed. How do Acemoglu and Johnson interpret these results? Their judgment is that weak contracting institutions do not manifest lower GDP, investment or credit to the private sector because weak contracting institutions can be circumvented with good and perhaps imaginative legal practice. Unless the contracting institutions are “extremely dysfunctional,” individuals can avoid the bad effects by changing the terms of the contracts or some other adaptive behavior. In contrast, there is no substitute for bad property rights. Countries that have them perform worse. In fact, these results reinforce Douglass North’s explanation of human flourishing. Limiting the discretion of political elites encourages human flourishing for those nations who emerged with Industrial Revolution and as well as with those that linger with the legacies of the colonial era.