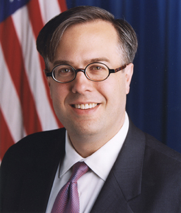 Gerson is an op-ed columnist for The Washington Post, a Policy Fellow with the ONE Campaign, a visiting fellow with the Center for Public Justice, and a former senior fellow at the Council on Foreign Relations. From 2000-2006, Gerson served as a top aide to President George W. Bush. He is currently co-hosting “In Principle” with political commentator Amy Holmes on PBS, which aired April 2018.

During his time as an FPE Fellow, he mentored students, presented in-class lectures, co-taught a course on Presidential Rhetoric, served as a moderator and respondent for public events.