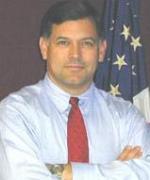 Bud Cummins is a lawyer in private practice. He graduated from University of Arkansas at Little Rock School of Law and his areas of expertise include white collar criminal defense, political and election law, internal investigations, regulatory compliance, and complex commercial litigation. From 2001-2006 Bud Cummins served as the United States Attorney for the Eastern District of Arkansas. He also served as Chief Legal Counsel to Arkansas Governor Mike Huckabee. Prior to forming a law firm in 2015, Cummins served as a Senior Advisor and a General Counsel with the Circumference Group which is a sector-focused investing and advisory team, specializing in public investing in information technology, telecommunications, and business-to-business services industries.

Bud Cummins lectured in the Center’s Criminal Procedure course and met with students in smaller groups for mentoring and networking opportunities.