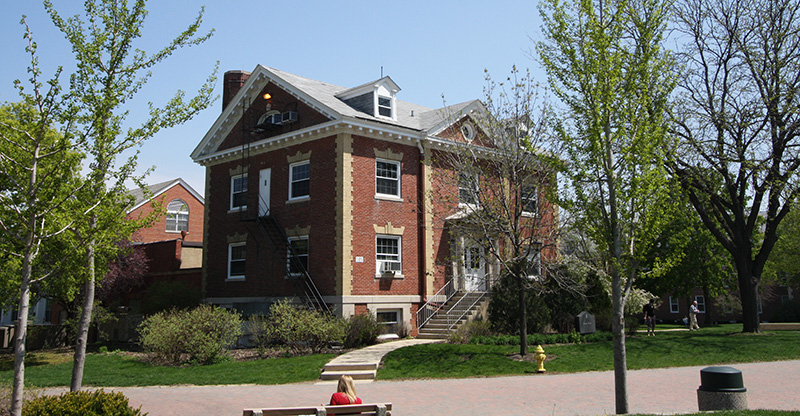 This building, originally built in 1898, has had more names than any other building on campus. Schell Hall began its life as the “Industrial Building.” It then became Wheaton Academy and when the Academy moved to West Chicago in 1945, the building was renamed the Graduate School Building. In 1960 the Trustees voted to change the name to Buswell Hall, which it remained until 1980. The present name honors Edward R. Schell, long-time principal of Wheaton Academy and the student financial director of the first edition of the Tower. Today, Schell Hall houses the offices of Modern and Classical Languages faculty members, the HNGR (Human Needs and Global Resources) program, and HoneyRock’s on-campus presence, along with classrooms.

Where is Schell Hall?