Included in the complex are the new Eckert Recreation Center, the Lederhouse Natatorium, and the King Arena. King Arena replaced Centennial Gymnasium as the home of Wheaton College basketball, volleyball, and wrestling. The arena is not a different building, but a renovation of Centennial Gymnasium, funded in large part by Leroy King.

The 2,650-seat King Arena is equipped with four scoreboards, a sound system, eight basketball hoops, and ethernet connections at the scorer's table. It has seating on all four sides whereas Centennial Gymnasium only had two, and one side features chair-backed seats.

In addition to its usefulness for classes and athletics, the building, designed in the architectural style of the Anderson Commons dining hall and other buildings on campus, is well-suited for informal and formal gatherings.

Where is Chrouser Sports Complex? 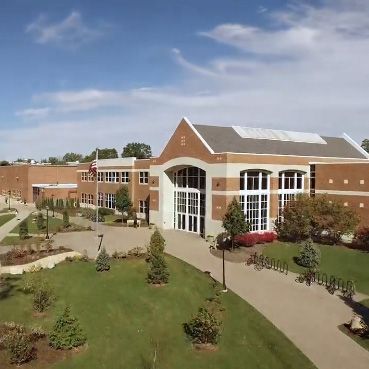 The Chrouser Sports Complex is a bustling center of physical activity, both organized and casual!