Wheaton College welcomes Andrew (Drew) Burlingame, who is serving the College as an Assistant Professor of Hebrew. 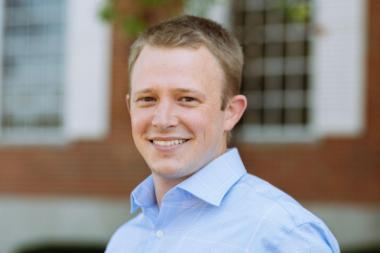 M.A., Near Eastern Languages and Civilizations, University of Chicago, 2015

1. What was your favorite class in college? Why?

During my senior year of college, I took a course on the Ugaritic language and literature. Ugaritic is a Northwest Semitic language that is closely related to Hebrew and Aramaic, and it was exciting to learn how these languages related and to conduct the sort of comparative linguistic work required to read the texts successfully. Because the texts are actually inscribed on clay tablets, studying texts also involved studying artifacts—the chance to read texts that could be so closely connected to the material-cultural and historical contexts in which they were produced was especially thrilling.

2. Before Wheaton, what were you doing?

My family was living in Paris, France, during the last year, where I was conducting dissertation research at the Collège de France and the Louvre. Our time in France was regrettably cut short as a result of the COVID-19 outbreak, but we were thankful for the time we had there.

3. What big question are you trying to answer through your work?

My research is devoted, broadly speaking, to the history of textual production and written communication in the Eastern Mediterranean of the late-second and early-first millennia BCE. My current project brings together a number of linguistic methods to shed light on the history of alphabetic writing and scribal practice at Ugarit. I want to understand better the circumstances that led scribes and administrators in the Late-Bronze-Age coastal city of Ugarit to begin employing their own language and writing system for internal administration, in contrast to the longstanding regional tendency to employ Akkadian, which served as a lingua franca at the time. Their innovative move produced the more than 2000 texts written in Ugaritic that we possess today, which together make up the oldest body of alphabetically written literature extant.

4. What has kept you busy during the pandemic?

My time has been devoted to a number of writing projects, dissertation research, and preparing for dual-modality classroom instruction in the fall.

5. What would you have liked to tell the freshman version of yourself about going to college?

Study French and German! I specialize in ancient languages, but most of the secondary literature I read on a day to day basis is written in French or German. I thought that having a reading knowledge of these languages would suffice, but I have since found myself routinely wishing that my abilities to speak these languages were better than they are. For most students, college is the only chance they’ll have to devote four consecutive years to studying something. Language learning is largely a product of time on task, so my advice would be that, whatever else you decide to major in or study, you should make sure that you take as many modern language courses as you can. Bilingualism is a huge credential on the job market and opens up all kinds of opportunities for graduate studies and employment.

6. When you’re not teaching or researching, what do you like to do?

I enjoy spending time with family, working in the yard, or reading a good novel.