Exit from a Distance: Reflections from a 2020 Graduate

Exit from a Distance 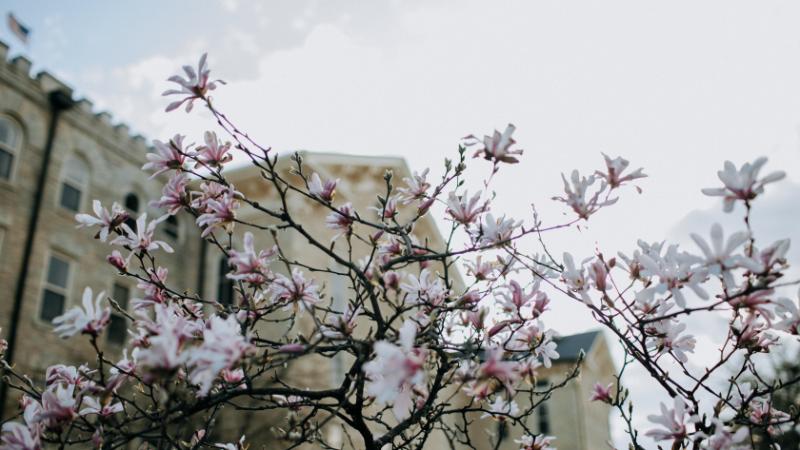 I am obsessed with firsts and lasts. Whenever I have done something for the first time, whether it is notable or insignificant, the doing is somehow sacred—I note it almost obsessively. It seems a marker of deep meaning, a symbol of my aging. And I am driven to reflection. Likewise, when I do or experience anything for—I think—the last time, I attend to the doing even more closely, almost breathlessly. After this, I endlessly relate and keep in mind those first and last things, as if remembering them will somehow give more meaning to all of the middle doings in-between. At times, it feels as if I carry all of the things I have experienced as a series of loops, worn around the wrist, perhaps; the closed ones book-ended by tentative first experiences and final actions.

This is why, on March 11th of this year, when I received a message announcing Wheaton’s closure (the scene: standing on a mountain near Fort Collins, Colorado, almost at the top…), my mind went first not to the practical things, the logistics, or questions of how I would get home to D.C., but to the lost lasts which perhaps strangely I had been thinking about since before I had even arrived at college as a freshman. The last class as an undergraduate. The last night spend on campus, or the last morning. The last letter of the last word of the last written exam. I had been confident these would prove integral to my four years at college—that somehow, in completing them, they would tie everything else together, provide the source which would unify and give sense to all other things I had lived. And yet, I learned that I had already lived the lasts, in a sense, and did not know it at the time. And were they really lasts at all, if I had eight weeks left in an in-between state? When I arrived home shortly thereafter, after a grueling thirteen hour solo drive, I felt as if I had taken a wrong turn into some dream-state. I started taking walks alone in the mornings, as if the dream environment would coalesce eventually, and I would wake. Cherry blossom trees reach the zenith of their flowering in late March. I hadn’t been home to observe it in years.

It might seem strange or tone-deaf to process, in the midst of a pandemic, what it means to graduate. Surely ink deserves to be spilled over a variety of things before this—the experience or importance of graduating seems like it should be of barely any priority. To this, I acknowledge that the mental space to ponder these questions represents an undeniable degree of privilege which I will not shrink from. Being able to attend Wheaton in the first place, being able to continue classes with reliable WiFi from a home space, and being in the meantime in the space I consider home—these are all things I am privileged to have, and I openly acknowledge this.

At the same time, without attempting to portray graduation or its processing as overly significant, I will argue that it is uniquely important to think about what it means to graduate now, at this time, precisely because the traditional signifiers which allow us to mark time and give closure to undergraduate experience have been, by necessity, removed. We will no longer be able to take part in traditional ceremonies to mark our graduation and the closing of this part of our lives. I do not mean to bemoan the decision to cancel commencement. The choice to defer was wise, and I continue to admire the leadership of President Ryken, Dr. Paul Chelsen, Dr. Sheila Caldwell, Provost Diddams, and others during this time.

But it is important to take note of these cancellations and grieve them, not because seniors ought to be intrinsically celebrated, or because as students we had a right to commencement. But rather because these items allow one to add meaning to a transition period, and as it stands, the transition period I, as a senior, find myself in, is remarkably open-ended. I have already departed physically, and as I prepare to depart emotionally, I am searching for meaning—meaning in and behind the process of leaving after I have already left.

Leaving after leaving. Because here in the nebulous space between the first leaving, and the second leaving, I have begun, chiefly during outdoor walks under cherry blossom trees, the intensive process of shifting all that I have experienced at Wheaton into the realm of memory. The retroactive stacking of all I have learned in piles and interrogating it for meaning. And my doing it now, so much sooner than I or anyone else could have expected, begs two questions concerning leaving, one fairly unique to this situation, and the other intensely commonplace.

The unique: how to leave after I have gone? How, in other words, to exit from a distance.

The commonplace: what does, or can, it mean to leave anything at all, or have anything leave you?

The answer to the rare is surprising in its simplicity. The answer is: remarkably, it means no less than what it means to leave anything normally, except that it happens so very slowly that what would occur normally in an instant, in a sudden shock of here-and-gone-ness, is teased out and prolonged across many twilight weeks. Which keeps the lens of one’s leaving open long enough to make the asking of the commonplace question an essential exercise rather than a rhetorical one.

And in pondering this question, as I have been trained to do, I turn to texts. As an English major, throughout my four years at Wheaton, it was my area of study and work to work through texts and find meaning in them. And yet texts only exacerbate the question of what it means to leave. I am left on the other side of my four years at Wheaton having read shelves of books—yet unsure of what to do with their names, the ways they began, the lives they held. What good does the reading of a book do when you may only remember a fragment at most? A stray name or description or turn of phrase?

What will become of all the things I have experienced at Wheaton, which I leave behind now both in location and in time, when even now, they are beginning to leave the mind?

The indelible impact of good people and the gifts of time they have given me. The heat of pure kindness, which can work as an acid through even my most brittle and bitter seasons. The almost-fear at the wisdom of professors. The friendship and mentorship offered particularly by women of color, whose words scald me with their truth. And the physical, too: the trails of salt tracked indoors, crushed underfoot like glass, the enormous stare of thousands of eyes from the chapel podium, the silent, late-night hospital companionship, there amidst the blinking and sterilization, those moments of the pure, physical relief of trusting and not being betrayed, like stretching out one’s hand in the dark and touching something solid, and the striving towards being trustable.

It becomes clear that the question of leaving gives way to another question: what good are all of these lived things, especially if they go un-remembered?

Here is a fact: A cherry blossom tree begins to lose its flowers even before the last have arrived. And once it does reach its peak, from there it is a constant process of losing, of letting fall. When May arrives to scorch the limbs of the trees, no trace of the flowers, in that form, will be left.

And so I believe that something must be retained. That somewhere in the self, which often I flatter myself to presuppose conceals multitudes but in actuality betrays an abyss, a store of things observed and experienced accumulates, much like the pale pink tongues of flowers which I see rising in the gutters, and, crucially, is working to change me.

This hope—of being altered through things seen and done, even if these things are not remembered—is neither aimless nor vain. It is a hope which my time at Wheaton equipped me to fasten on now, at the time of my leaving.

It is the hope, in fact, of any who desires to learn, and any who desires to teach. And so it is a hope I have discovered all around me at Wheaton, both in those eager to learn and in those eager to teach. Though I am leaving, my time has offered me something which will persist across time itself: not only the tools to live rightfully as a person, but the faith to believe those tools exist in me, that they are worthwhile, that they are rare in the world and worth pursuing.

This store of lived things, wherever it is kept in the soul, must be housed close to the conscience, because it presses against it unceasingly. This conviction that I am being changed gradually by the things I have experienced increases my certainty not just of divine design but of divine presence. It drives me, when I walk, to imagine invisible hands shifting fallen petals to create a miniature landscape. And in these times of lasts, and of walking alone, as strange as it may seem, it can even drive me to make room on the path for the invisible Other to come beside. 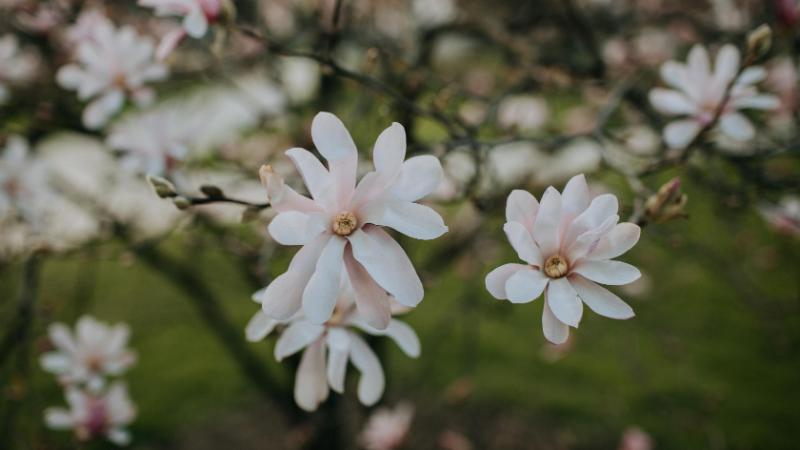