A high knowledge rate and careful interpretation of statistics keep the CVC on mission. 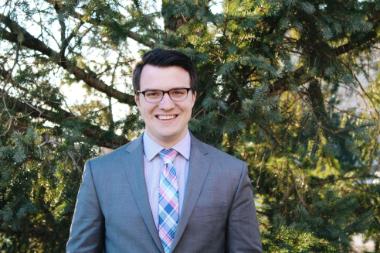 If you’re graduating with the class of 2020, Forrest Clements ’13 M.A. ’18 really wants you to keep your LinkedIn profile updated.

This is not only because, as a career coach at Wheaton College’s Center for Vocation and Career (CVC), Clements knows how valuable the platform can be to students for professional networking.

As the CVC’s data manager—and lead author of its annual “Life After Wheaton” report—it’s Clements’ job to know where Wheaton College graduates land.

Although his methods include surveying members of the class and gathering information from a variety of sources, Clements says that sometimes it just comes down to virtual shoe leather and checking a person’s profile page.

That will be especially important this year, when, in light of the COVID-19 pandemic, his primary methods of getting information from students while they’re on campus are no longer an option.

“I do a lot of searching on LinkedIn, trying to see where people ended up,” he says.

According to the most recent “Life After Wheaton” report, issued in March, 99% of Wheaton’s 2019 graduates found jobs or internships, were accepted into graduate school, or began pursuing another adventure of their choice within six months of graduation. According to statistics provided by the National Association of Colleges and Employers (NACE), Wheaton’s outcomes are well above the national average of 86% in 2018. 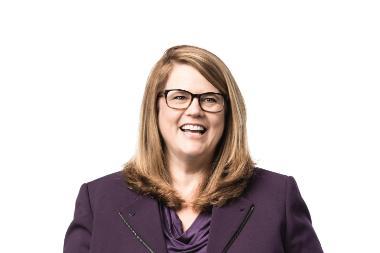 Under the leadership of Director Dee Pierce M.A. ’17, the CVC has a strong orientation toward tracking data and researching best practices. “We look at a lot of national numbers and benchmarks as guides for where we want to be,” Pierce says. “We strive to be well above the national average.”

Clements oversees the process of administering NACE’s First Destination Survey at Wheaton, following the organization’s protocols. He typically tracks the graduating class outcomes through a survey he administers when students receive their caps and gowns at the College’s annual Grad Fest.

He also maintains a spreadsheet of alumni the College hasn’t heard from, and sends another survey in the fall. Clements and his CVC colleagues also do some light detective work, like asking a graduate’s teammate, roommate or academic advisor for an update, or they might search for the person on social media platforms like LinkedIn.

The goal, he says, is to have a high “knowledge rate”—accurate information about a credible percentage of graduates—for national benchmarking, comparison with other institutions, and shaping the CVC’s programs in the future. At 90%, Wheaton’s knowledge rate is much higher than the industry standard of 65%. 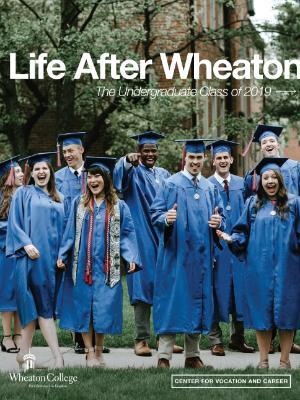 It’s hard to beat a 99% landing rate, so the CVC is developing several other metrics for measuring Wheaton’s success in preparing students for life post-graduation.

“We know the work that we’re doing is bearing fruit,” Pierce says. “But we also know that we always have to be evolving and changing. And the numbers help make sure that we stay at the level where we need and want to be.”

For instance, Pierce says, the CVC currently tracks each student’s engagement or interactions with the office. It also tracks the number of students who complete internships. One next step is to identify correlations between engagement and outcomes. Another is to do a deeper dive into how closely students’ initial jobs align with their desired goal.

Pierce also wants to ensure that the CVC is successful in its mission of serving all Wheaton students. Clements and CVC intern Kailey Mulligan ’20, an applied mathematics major, are analyzing the CVC’s data to understand the career outcomes of Wheaton students by gender, area of study, ethnicity, first-generation status, or other characteristics.

The CVC uses this analysis to develop programs in response to student needs. For example, after analyzing internship participation rates between students of differing socioeconomic backgrounds, the College committed funds to internship scholarships that support students who could not otherwise afford to do an unpaid internship.

The CVC is also partnering with Dr. David Cho, who directs the Office of Multicultural Development, and Dr. Sheila Caldwell, Wheaton’s Chief Intercultural Engagement Officer, to plan events that address the career concerns of international students and students of color.

“I Was a Humanities Guy”

If the six monochromatic sides of the Rubik’s cube on Clements’ office desk are any indication—he can solve the puzzle in 90 seconds—he doesn’t mind tackling complex challenges.

Clements says his own vocational trajectory is an example of how training in the liberal arts prepares graduates for a world where they will have multiple careers and solve interesting problems.

As a Wheaton undergraduate, he majored in English and Psychology. “I was a humanities guy,” he says. While Clements uses that background as a career advisor who helps students understand their own stories and communicate them during the career search, his days are also full of Excel spreadsheets and data analysis—skills he picked up after graduation at jobs in nonprofits, human resources, and publishing.

That background enables Clements to do more than simply gather data. “It’s one thing to be able to run the numbers,” he says. “It’s another thing to be able to communicate them well. I’m often drawing on both sets of skills—numbers and words, data and people—to solve problems and serve others.”

At the CVC, he’s an important part of producing and sharing the story of Wheaton’s success in preparing graduates to serve Christ and his kingdom through meaningful work.

“We’re literally sending students all around the world,” he says. “It’s just so fun to see where people end up and the uniqueness of the different jobs our graduates take.” –LaTonya Taylor