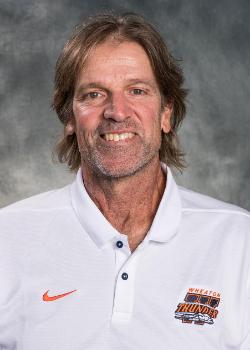 Wheaton College’s Mike Swider has announced his retirement as head football coach, effective December 31, 2019. A 1977 graduate of Wheaton, Swider has been involved in Wheaton College football for 39 seasons, beginning with four years as a student-athlete on the football team (1973-76). He returned to Wheaton as defensive coordinator, serving in that role for 11 seasons from 1985-95. He has served as head coach for 24 seasons (1996-2019).

Swider says of his decision, “I have known for a while that this is the right time. However, I decided to wait until now to make the announcement because this entire program is about the whole team and not one person.” He continues, “If I had announced this decision before the start of the season, then it becomes about me. I did not want to put this program in a situation where every single game was about me. This season was about our seniors and our whole football team. Now that the season has ended, this is the right time to make this announcement.” Swider concludes, “You know in your heart when it is time. It is very important to me to leave when there are good coaches and players in place, and they are definitely here. The future is extraordinarily bright for Wheaton football.” 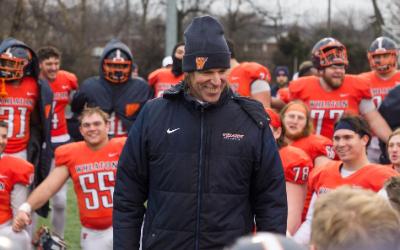 Wheaton Athletics Director Julie Davis says of Swider, “Coach Swider has invested his life in every young man who has come through this program in the last 35 years. He has been driven to make them not only better football players, but better students, brothers, teammates, husbands, fathers and most importantly followers of Jesus. He leads with a passion and commitment that is contagious. His success has helped define not only his program, but the excellence of Wheaton Athletics. I am so grateful for what he has meant to me personally and this Athletics Department.”

Wheaton appeared in the NCAA Division III Playoffs 10 times in Swider’s 24 seasons as head coach. The program accumulated a 15-10 postseason record in that time, with one Semifinal appearance (2008) and four Quarterfinal games (2003, 2008, 20016 and 2019). He guided Wheaton to a pair of 12-win seasons (2003 and 2019) establishing school single-season records for victories in both of those campaigns.

“I have seen Wheaton football through the lens of a player for four years, through the lens of a coach for 35 years, and through the lens of a dad for six years. I especially saw the impact it had on my sons,” notes Swider. “Through all those years you learn how special this place and this program is. We wanted to make a program that would transcend generations.” He concludes, “If one half of one percent of Mike Swider is in the lives of each of my players then that means I have left something. Wins and losses fade, but if I have left something with my players and they leave that with others then that is how you can impact the world.”

Davis says that a national search will begin immediately to find a new head football coach. Offensive coordinator Jesse Scott will serve as the interim head coach until a new head coach is appointed.