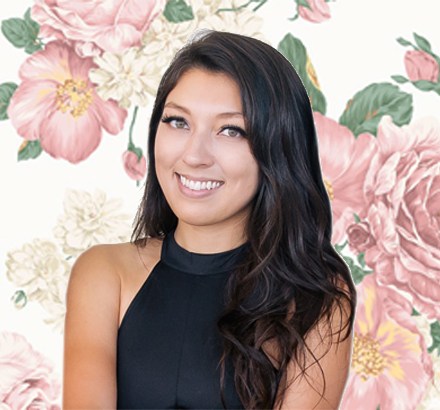 Wedding sales manager turned entrepreneur, Elaine Rau tells her story of career and catastrophe that led her to becoming a thought leader for female entrepreneurs everywhere.

One day, three years after graduating from Wheaton, I received a phone call from my husband that flipped my world upside down… his brother, who was living in Honduras with their family, had just been murdered.

So, I quit my job, packed my life into two suitcases, and moved to Honduras to be with my husband and his family. The transition was a lot harder than I had anticipated.

I had left my home, my friends, and my job (which had become a huge part of my identity), and had moved to a foreign country where I didn’t speak the language or understand the culture. All my job skills I had acquired were useless there. I started to feel extremely isolated.

I had moved to be there for my husband, but he ended up being there more for me. He encouraged me to take this time to find out who I was and who I wanted to be in that new environment. All I knew was that I wanted to empower women. I also desperately needed to connect with people who spoke the same languages as me (Mandarin and English!) and somehow learn how to make money online.

Female entrepreneurs from all over started flooding my inbox asking to be interviewed… and that was the day I made my first entrepreneurial dollars.

As my blog began to succeed, things got worse for my husband's family. His nephew and a friend were both murdered and my husband fell into a deep depression.

We moved back to the United States and God started to open my eyes to the bigger picture of what life is all about. I was listening to the Christian radio station and the host asked “Do your prayers benefit anyone other than yourself?” I initially figured that praying for my husband was good enough, but it slowly dawned on me that I was so caught up in my own problems that I had no room for anything else.

This was when I was reminded of an organization called The Micah Project. It was started by another Wheaton graduate, and it is also the organization that picked my husband up from the streets when he was a teenager living in Honduras. If the founder, Michael Miller '94, hadn’t gone to Wheaton, my husband wouldn’t have applied and we wouldn’t have met.

Living in Honduras for a year and seeing the devastation all around us every day really changed my worldview.

Honduras is where my blog was conceived and Honduras is where it grew. So, I made a pact that I would dedicate my business to serving the Honduran community through The Micah Project to help alleviate as much suffering as I could.