The Wheaton College faculty team was awarded funding from the John Templeton Foundation and the University of St. Andrews’ New Visions in Theological Anthropology and its Science-Engaged Theology initiative. 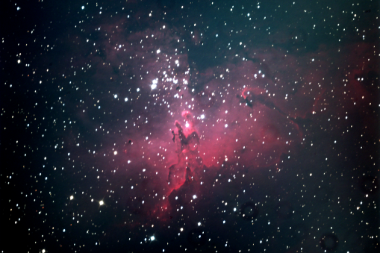 NASA scientist and Wheaton College Physics Lecturer Rhiannon Blaauw Erskine and Franklin S. Dyrness Associate Professor of Biblical and Theological Studies Dr. Jennifer Powell McNutt had been meeting for coffee for two years when McNutt saw an advertisement for a grant awarded by the University of St. Andrews, where she earned her Ph.D. in History from its Reformation Studies Institute. The pair applied to the grant with a gripping proposal:

… In the coming decades, as humanity’s presence expands in our Solar System to the Moon, Mars, and beyond, challenging questions will arise. Scientists will be required to interact with theology, philosophy, ethics, and anthropology, among other disciplines. As breakthroughs unfold, Christian theology will be faced with new and challenging questions about creation and soteriology as space settlements probe and expand a theological framework centered around the Earth’s particular place in the creation and redemption story....”

Just recently, they learned that their proposal for "Christianity and Space" was awarded the "New Visions in Theological Anthropology" course development grant. 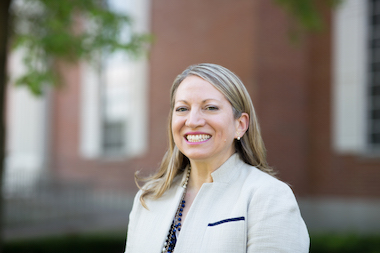 Plans for the Future

Currently, Erskine and McNutt are developing plans for their course, which is slated for the 2021-2022 academic year. Along with fostering informed interdisciplinary and integrative thinking about space travel by drawing from the resources of Christian theology, biblical exegesis, and history, students will also survey the history, technological approaches, and methodology of astronomy while gaining a foundation in the broader history of Christianity’s relationship with science.

Erskine, who worked previously at NASA’s Marshall Space Flight Center, is hoping for an astronaut to Skype into the class. McNutt, who dreamt of going to Space Camp in Huntsville, Alabama as a kid, is hoping to finally fulfill that dream by taking the class with her to Space Camp.

The course will also include a Mars Settlement Simulation component, which will build on a project Erskine led over the summer with a group of Physics students. Coordinated by the space advocacy group, the Mars Society, the Mars Settlement Simulation was a competition that asked students to design a city for a million people on Mars and to think through everything from the technical and social issues to the governmental and economic issues of what that might look like. Erskine’s group of Wheaton students just recently completed their 20-page paper and turned it into the Mars Society.

"It was one of the most fascinating projects that I’ve done in my entire career because the questions that arose out of my discussions with the students every week that covered such a variety of topics and were things I had never thought about, such as how connected a Martian settlement should be with a government structure on Earth, or whether we as believers have any obligation to explore and discover what is beyond us or whether it is just for fun," Erskine said. "I’m looking forward to see what this new class comes up with."

Both Erskine and McNutt are excited by the opportunity to be on the cutting edge of the conversation about space and Christianity.

"In the coming decades, we will be more and more a space-faring world," Erskine said. "There are a lot of questions that arise when we think about leaving our planet and expanding our presence into the universe. I think that Christians need to be on the leading edge of that—not just responding to questions that come up, but really thinking through how we as believers can be helping to lead this movement."

McNutt agrees: “We want to encourage robust engagement, drawing from the resources of history, of theology, of the current state of the field of astronomy and physics as a way to prepare our students and also to engage as Christians with this new frontier.”—Emily Bratcher