Learning to be Comfortable with Being Uncomfortable

Learning to be Comfortable with Being Uncomfortable

Amy Kirk ’20 is a music education major from Harrisonburg, Virgina. In this MyWheaton blog post, Amy reflects on her experiences as a member of Concert Choir and how the group has provided her with unexpected opportunities to find freedom in experiencing discomfort.

There is no group of people I would rather be uncomfortable with than Concert Choir.

This hasn’t always been the case.

On my first day in choir last year, I was handed two thick packets of music containing a 16th-century masterwork in three languages by a composer I had never heard of. I was daunted, and quickly became wary of what I’d gotten myself into—this was not what (I thought) I’d signed up for! And, though I eventually found my place in the choir and grew used to the pace of rehearsal, the entire year was still filled with plenty of opportunities to experience discomfort. 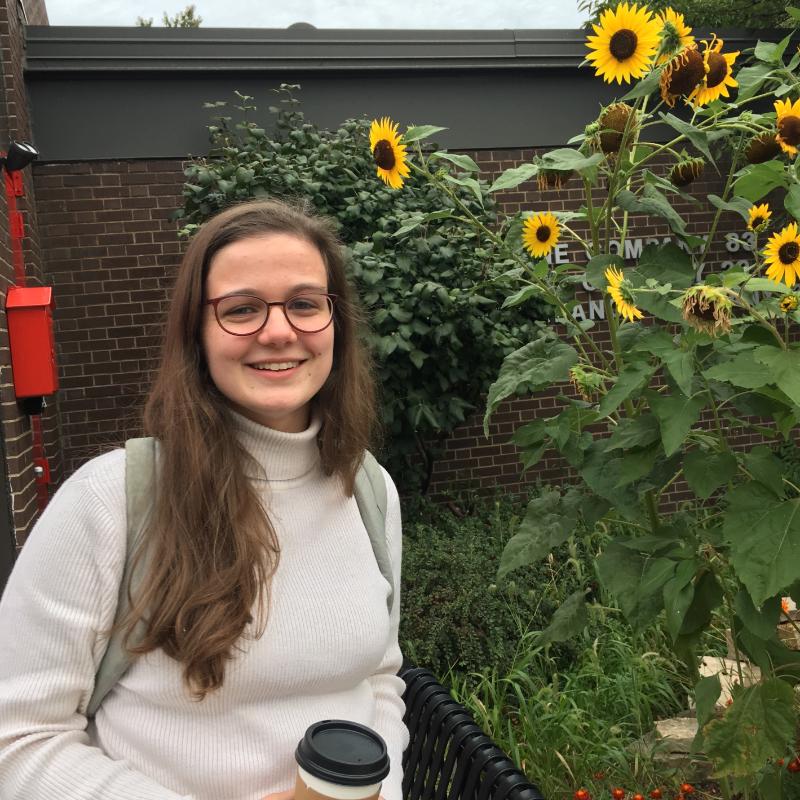 By the end of last year, I’d mostly acclimatized myself to this uncomfortableness (after all, that’s mostly how Concert Choir rolls). But it wasn’t until this year that I began to recognize that being uncomfortable can be a gift, rather than a constraint.

Every fall for the past four years, Concert Choir boards the Metra on a Friday afternoon and ventures into Chicago for a weekend that we hope will be transformative, filled with good conversation, music, community, and growth. Going into this weekend, we never quite know what’s going to happen. Our director and cabinet are impressively cryptic, giving us the bare minimum of details and encouraging us to take each moment as it comes (and often they don’t know what to expect either). This year’s trip was no different. 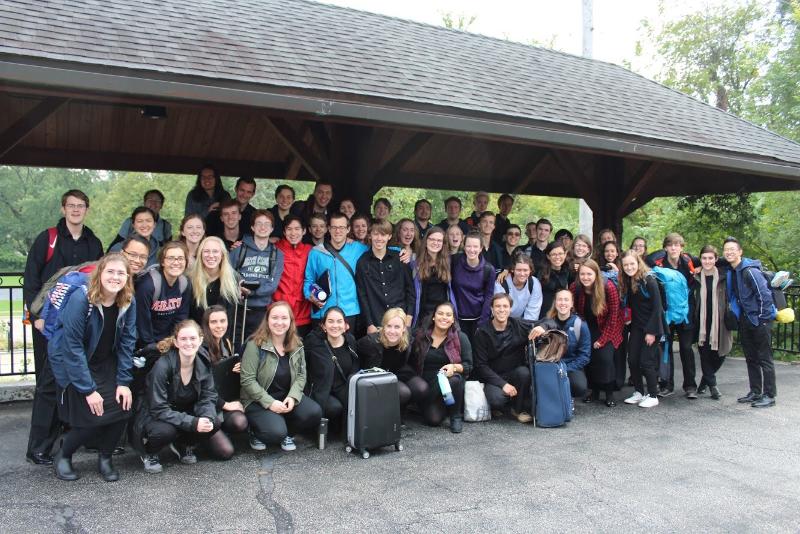 On our first night in the city, we sang at Pacific Garden Mission, the oldest homeless shelter in the city. Equipped with only our tuning forks and music folders, we had no idea what we would sing or what would be said and relied on our director to give us cues moment by moment. We ended up singing a few of our repertoire songs, and a couple of choir members shared stories and scripture, but most of the evening was spent improvising hymns and spirituals with our audience. Afterwards, we split up and spent a while talking with them.

The next evening, during an all-choir devotional time, one member remarked that the experience felt like it had happened in “kairos time” —a moment when our chronological way of keeping time intersects with eternity. 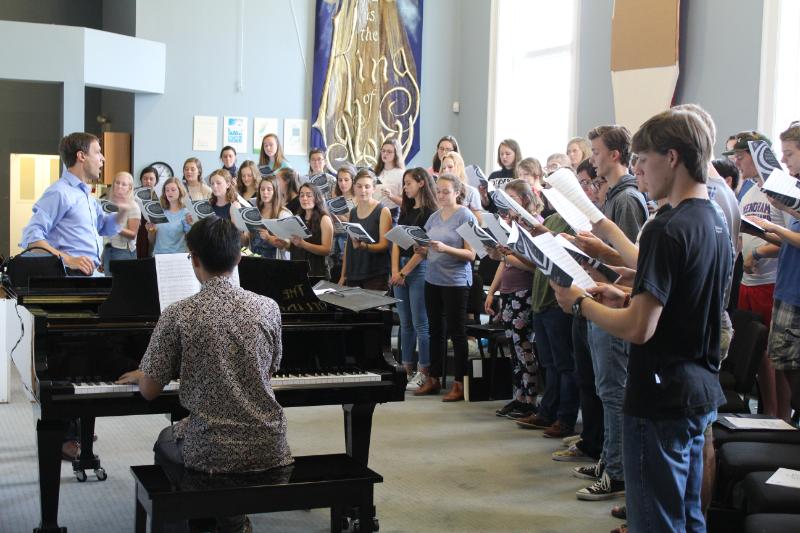 Our director further reflected that what we did at PGM was what we as humans were made to do: not to do, but to be. We did not enter into it with any ambitious intentions to do anything—to change people’s lives, or even to serve them. Rather, we entered with the intention to be—to be what a choir is, sharing our gifts as we have them, and inviting those in the room to join us. This is something we often don’t often let ourselves do. Just being, with no back-up plan, is not a comfortable thing.

Several weeks after going to Chicago, we planned another trip out of Wheaton, this time to a prison about an hour away. Two days prior to going, we did a concert for Family Weekend which left me a bit tense. It was a perfectly routine performance; we were well-prepared, and the space and audience were familiar. Yet, I felt overwhelmed by anxiety, a desire to get everything right, to impress the many families and alumni who had come to see us, and to make sure that our performance was the best that it could be. If I couldn’t handle a run-of-the-mill performance like that one, how was I going to handle singing in a prison, a performance space which is undoubtedly much less comfortable? 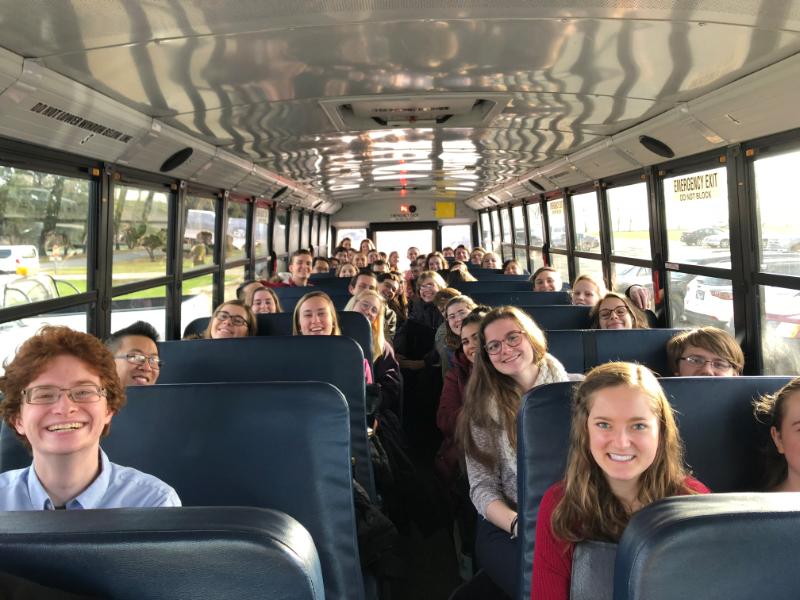 On the bus to the prison

Like at PGM, we went in without a game plan. Following our director’s lead, we went from song to song, from Latin high art pieces to contemporary praise songs to spirituals, with barely any time to breathe in between. At first, the audience of inmates was mostly unresponsive, but slowly they began to engage more. We stopped for a water break, giving us an opportunity to talk with them. Then during the second half, they sang with us almost the entire time, and even taught us songs of their own.

While all of this was happening, I’d kept waiting for the familiar anxious feeling to creep into my shoulders and face and neck. But to my surprise, the longer we sang and the more we engaged with our audience, the more relaxed I felt.

I realized that this was the power of living into uncomfortable situations. Free from the expectations that comfortable circumstances tend to put on us, I was able—maybe even forced—to live in the moment, in kairos time, rubbing shoulders with eternity. I paid attention to the voices of those around me, to the nuanced gesture of my conductor, to the faces of those in the audience. I was able to do what I was made to do—to be. 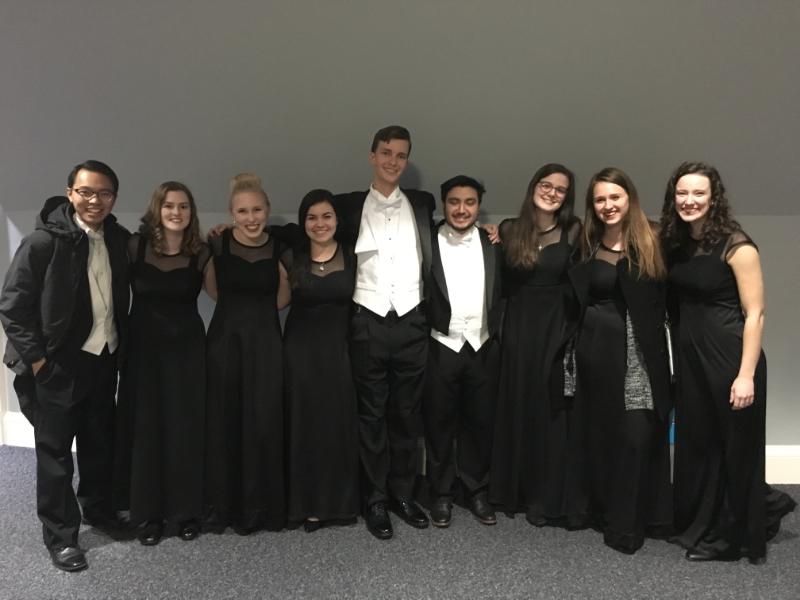 I’ve heard it said that Jesus doesn’t call us to be comfortable. That, of course, implies that he does call us to be uncomfortable. This notion used to scare me (and still does) because I love being comfortable. I love tea, hot baths, good food, sleeping in, reading books by a fireplace, and binge-watching tv shows. On a less frivolous note, as someone who struggles with anxiety, I feel that I function best when I am comfortable—when I get plenty of sleep, have time to prepare (and over-prepare) for school, get along easily with my peers and professors, and have enough swipes on my meal plan—in short, when I feel like I have control over my life. Surely, if I am to thrive and serve Jesus well, I need to feel secure and comfortable?

My experiences in Concert Choir have led me to think otherwise. When I am uncomfortable, I can’t control my life; I am released from the weight of trying to rely on my own strength. Rather than being an object of anxiety (to do everything perfectly), each moment becomes an opportunity to step into the eternal. And when I am free from this pressure to do, I am able simply to be; it is here in this being that I am most aware of what God is doing and open for the Holy Spirit to inhabit me. Perhaps, then, discomfort is not something to fear, but to embrace.

Now, when our director presents us with uncomfortable opportunities, I no longer fear them (or try not to, anyway). Rather, I welcome the opportunity to get out of my comfortable, every-day circumstances, and step instead into something much more vulnerable and transcendent with Concert Choir by my side.