Dr. Margaret DuPlissis Diddams ’83 is the provost of Wheaton College. In this Wheaton Experts post, she discusses the relationship between leadership and humility. 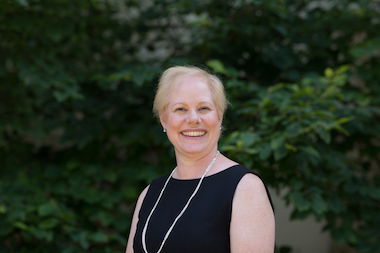 As an industrial / organizational psychologist and provost at Wheaton, I have been blessed to be both a leadership scholar and practitioner. Early on, I was interested in studying charismatic public figures who had some sort of well-known failure, fell out of favor and came back—sometimes years later—as stronger, more resilient leaders. I found a common thread in these “fallen leaders:” they all tended to give up their old sense of self and embrace a new leadership style that was much more other-oriented. They became humble. I wrote about the strength of human limitations and the benefit of humility in Leadership Quarterly in an article titled: “Only human: Exploring the nature of weakness in authentic leadership.” I wanted to explore how our limitations make us better leaders.

The idea that our limitations make us better leaders is the opposite of what people expect. In Western culture, leaders resemble John Wayne: they lead from the front, are gung-ho, take charge, are unwavering in their decision-making, and are resolute in the face of danger. We refer to such people as charismatic leaders who are able to “stir the troops” through emotionally-laden visionary appeals. But every strength has its weakness, and this type of leader doesn’t have much inclination for consensus-building, reflection, and perhaps most importantly, the agility to make midstream corrections.

Charismatic leadership can also be a dangerous approach if leaders are self-absorbed with no moral compass. They can often inflict long-term harm on their organizations, as those who follow them often veer away from their own morals to stay in favor. I think of Shakespeare’s Macbeth, who rallied his cronies to commit carnage for the sake of Scotland only to conflate Scotland with himself. While the ability to inspire remains an important leadership attribute, it is not enough. The cultivation of humility and accountability to others can put the brakes on the often isolating and corrupting influence of power.

Transformational leaders tend to be the opposite of charismatic leaders. They may have started out as charismatic, but some life-changing, “pivoting” event occurs in which they can no longer lead in the way that has been successful in the past. Scandal, burnout, family tragedy, illness or a significant cross-cultural experience are all events that can clarify the high cost of leading from ego. Fallen leaders who have a successful second act often fit this mold. They become less self-focused, freeing them to become more in tune with the people they lead. In humility, they tend to develop a more meaningful purpose in life and lead from a more expansive vision that they are willing to build with others.

The Apostle Paul is my favorite transformational leader. His pivoting event was on the road to Damascus. Prior to that he was a Pharisee of Pharisees; his leadership credentials were impeccable. But in his encounter with Jesus, he received a greater purpose and fell in love with those on the margins. Paul wrote about the tears that he shed, his own thorn in the flesh, and his love for those who are straying. There is such a powerful vulnerability in his leadership.

People are attracted to transformational leaders, but transformational leaders are rare because of the importance of a pivoting event. However, a closely related type of leadership is known as authentic leadership. These leaders know and act upon their true values, beliefs, integrity, and strengths. They promote trust among their followers because their deep self-knowledge of both their strengths and weaknesses creates a non-defensiveness that allows them to be consistent across situations and transparent with their followers regarding the reasons for their actions.

Given my interest in fallen leaders, I wanted to understand the benefits of a deep self-knowledge of weakness. An obvious first thought is that we should know our weaknesses so that we can work to eliminate them. But this attitude turns weaknesses into shameful faults, which can make leaders defensive. If leaders see their weaknesses as liabilities, they can develop high yet fragile self-esteem. This makes them less motivated to acknowledge flaws to themselves or others, engage in self-reflection, or be willing to be held accountable. As you might imagine, in leadership development, there’s always the goal to become better. But with no sense of personal limits, leaders will fall short.

As Christians, we acknowledge that all have sinned and fallen short of the glory of God. We understand Romans 3:23 in terms of sin, but it is also a good reminder that our imperfect bodies function in a fallen world. In my field of psychology, we recognize all sorts of personal limits: relational limits, biases, stereotypes, overconfidence and lack of flourishing, just to name a few. So it should not be shameful to admit that there are limits for every leader. For example, introverts make marvelous leaders, but they are not going to do it through leading from the front.

To be his or her very best, a leader must commit to benefit from everyone’s strengths and weaknesses. Leaders lead with other leaders. The team is not who you're leading, but who you’re leading with. Leadership becomes less about command and control and more about social support and accountability.

In my leadership at Wheaton, I have 13 direct reports. That is a big number. But it can work because we have a deep commitment to Wheaton’s mission, shared belief in the Statement of Faith, and a shared vision to model Wheaton’s Community Covenant in our relationships with others. I see my key role as supporting their leadership and expect them to help me lead as I navigate my own strengths and weaknesses. This takes humility, but the payoff is trust.

Humility allows us to extend grace to others. One definition of humility is the understanding that the world is larger than ourselves. We certainly understand this as Christians. Not only is the world larger, but our families, our churches and our workplaces are all larger than ourselves. This is the egoless aspect of leadership. You open yourself up in a non-defensive manner to say, “Yes, I am a leader, and in order to be the best leader I can be, I need to lead among a team of leaders.”

Doris Kearns Goodwin develops this idea in Team of Rivals, her book about President Abraham Lincoln. She argues that President Lincoln knew that he couldn’t lead the country on his own—he needed the best people at the table even if they disagreed with him and with each other. President Lincoln was egoless enough to understand the weight of what he was facing with the looming Civil War. He knew that in order to lead well, he needed to seek the counsel of people who did not want him to be president; he needed them to hold him accountable—and they came to love him.

One of my favorite examples of humility is the parable of the prodigal son, but it’s the imagery of the father—not the son—that intrigues me the most. At first glance, the son seems to be the humble one: he comes crawling back home, with all remnants of pride and haughtiness gone. He is tired, weak, and broken. Unfortunately, that is the common meaning associated with humility.

But it is the father who takes the long view—who thinks nothing of the shame that his son has brought on the family—and gives up his cultural right to disown his son. The prodigal son’s father humbles himself as he draws his son into his arms. We read this story best in light of Philippians 2: Jesus does not regard equality with God as something to be exploited, but instead emptied himself. When we think about Jesus humbling himself, there’s nothing passive in his obedience. He leads the disciples through teaching, sending them out, and celebrating their return; he speaks God’s truth to those who are and are not ready to understand; he heals, rejoices, and mourns with friends. Ultimately, he humbles himself to willingly take on death and the sins of the world only to be highly exalted and given the name above all names.--Dr. Margaret DuPlissis Diddams ’83