With the generous gift of alumni who wish to remain anonymous, Wheaton College is proud to announce the new Robert B. And Anna E. Oliver Endowed Chair of World Religions. 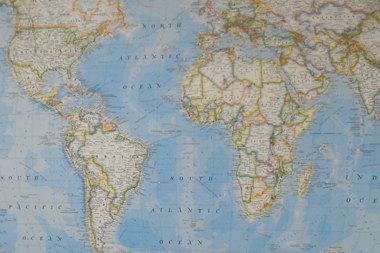 Wheaton College today announced the establishment of the new Robert B. And Anna E. Oliver Endowed Chair of World Religions. The endowed chair provides ongoing funding for the new role. Hiring for the new position will commence Fall 2019.

Funding for the endowment comes from the anonymous gift of a Wheaton alumni couple who wish to honor the faithfulness to the Lord and pastoral ministry of Robert and Anna Oliver, who serve as pastors at the Vineyard Church in Arlington (Texas).

The endowment will also provide funds for research in world religions from an evangelical Christian perspective as established in Wheaton College’s Statement of Faith. In addition, it will offer students with more course options to study and dialogue with the major world religious traditions. Ultimately, Wheaton College hopes it will bring a helpful perspective to the campus to think critically and faithfully about Christianity and other religions.

“Studying world religions will not only give students an understanding of different belief systems, but it will allow them to have greater cultural understanding in countries where Christianity is not the predominant faith,” said Wheaton College Provost Dr. Margaret Diddams.

The endowment serves as an extension of Wheaton College’s mission of serving Jesus Christ and advancing His Kingdom through excellence in liberal arts and graduate programs that educate the whole person to build the church and benefit society worldwide.--Emily Bratcher