The Good in Goodbye

The Good in Goodbye

Amanda Smith ’18 is a English major with a concentration in writing from Fairfax, Virginia. In this MyWheaton blog post, Amanda reflects on her experiences on the Wheaton volleyball team, but from a different perspective than you might expect.

My teammates and I were jogging from the SRC to McCully Stadium. The morning’s workout: stadium stairs. I was a junior, entering my third year as a Wheaton volleyball player, and I was no longer in pristine condition. It wasn’t that I was in bad shape or hadn’t worked out over the summer like I was supposed to. It was that I was still nursing injuries from the previous two seasons. Injuries I thought to be fairly insignificant until that day.

We ran two and a half miles of stadium stairs that morning, and although my knees and left ankle were on fire from pain because I hadn’t had them taped before working out, I kept going. We had a new coach, and as an upperclassman looking to secure my starting spot early, there wasn’t a margin for quitting. But looking back a year later, I wish I had.

According to the National Athletic Trainers Association, over 50 percent of injuries reported in college athletics are to the lower body. And injury rates during preseason workouts and practices are two to three times higher than in regular season practices and games. My injury was no exception to these statistics. That morning, I strained my left and right hip flexors due to overcompensating for the Achilles tendinitis that had plagued me since tearing a ligament in my left ankle my freshmen year. 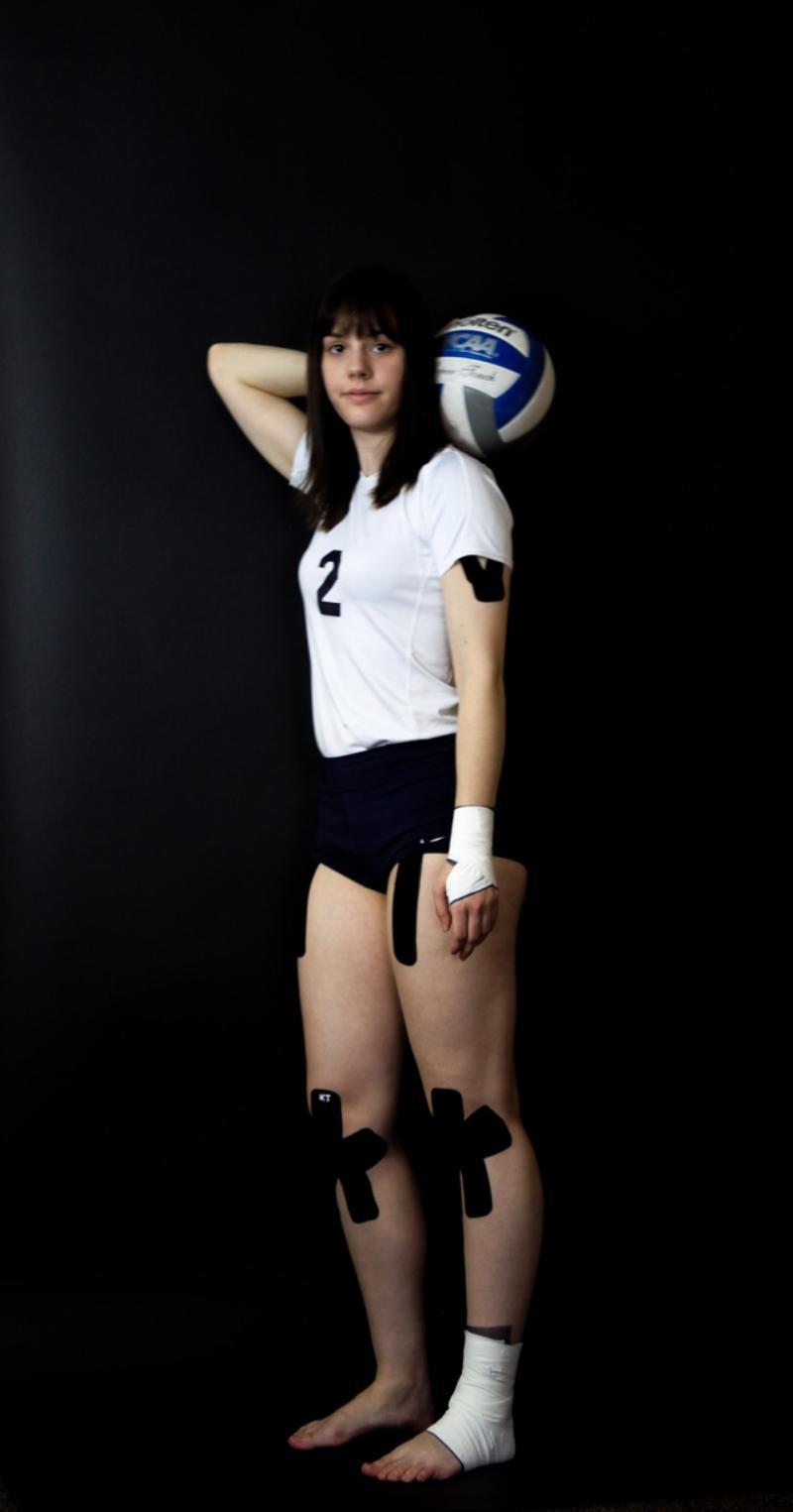 That afternoon, I played through the most excruciating pain I have ever experienced as an athlete—and that’s saying something for a girl who has endured ACL reconstruction surgery and its six-month-long recovery at the age of 15. I had fought through a lot and thought this would be no different. A strain is simply an injury caused by overuse. Too many of the muscle fibers in my hips had been pulled too quickly and needed time and rest to repair themselves. I didn’t doubt I’d be back a few ice baths and treatments later stronger than ever.

I was horribly wrong. I didn’t see court time in a match all season and spent most of my practice time rehabbing. By the end of that season, I had only worked back to practicing a quarter of our two-and-a-half-hour-long practices doing mostly stationary drills, and even that was still painful.

Post-season, I underwent three MRIs, several orthopedic consultations, and a cortisone injection before finding out over spring break that my volleyball career was over. My right hip flexor strain hadn’t fully healed, and my labrum was frayed in that same hip. I would need surgery if I intended to return to college-intensity play. With the recovery period at six months, and my volleyball season ending in November the odds of returning were against me. I had a decision to make: play through the pain and hope I don’t actually tear my labrum, have the surgery and try to recover in time for the end of my senior season, or stop playing altogether.

Although my injury was very by the book, what happened next was far from it. How many athletes deliberately choose to finish their career on the bench, knowing they will never return to the court? Only one that I’m aware of. If there are more, my heart goes out to them, because I know it’s far from the glamorous finish any of us imagined.

I spent my senior year filling water bottles, helping the trainers tape and treat my teammates, running errands for Coach during practice, keeping stats, passing out laundry (and sometimes cleaning up the dirty laundry that got left behind), packing for matches, filming matches, and whatever else needed to be done. I was still a player; I had a spot on the roster and a uniform, but I performed the duties of a team manager. It was a difficult in-between, especially for an analytical, highly-competitive individual who had played year-round since age nine. I’ll admit that by the end of the season, I had spent a lot of time criticizing and complaining. The All-American season I had hoped for since my freshmen year culminated in a 15-16 season record with an eighth place finish in conference (out of nine teams) and a bunch of zeroes across my stat line. Not the way I had intended to say goodbye to volleyball.

On December 9th, I stood in front of my teammates and their parents at our annual banquet and gave a speech as seniors usually do, and I had struggled for the past month to know what to say. While much of the bitterness had dissipated, I still struggled to understand if I had a legacy worth leaving and how much of that struggle I should share. But as author Chimamanda Adichie once said in a TED talk, “To insist on only [the] negative stories is to flatten my experience and to overlook the many other stories that formed me.” She couldn’t be more right.

To reduce my volleyball experience to only the good or only the bad is to deny who I am today—a deeply broken daughter of the King, who did everything in her power to live her own dreams and is only beginning to understand what it means to surrender.

I know what it feels like to be Jesus washing the feet of the disciples. Although I’ve never actually washed feet, I’ve taped quite a few of them. It’s both a humbling and stinky perspective. My experiences serving my teammates have made me realize that it’s easy to be humble when you’re on the ground in the act of the foot washing, but it’s harder to remain humble once you stand back up. More than any other, this season exposed me to my pride and ability to distance myself for the sake of preserving my own reputation. A legacy I hadn’t wanted to leave.

And yet, by God’s grace, it wasn’t all for naught. On the night of our final match this season, a teammate's dad walked up to me and asked, “You’ve heard of the MVP, but have you ever heard of the VMP?” He hugged me and clarified, “Very Meaningful Player.” I was struggling to hold back tears, overcome by how much I hadn’t realized I really needed that affirmation and encouragement. When he walked away, Coach, who had overheard what he’d said, asked me if I felt any differently about the things she knew I’d been struggling with throughout the season. I said, if anything, I felt I had gained perspective. 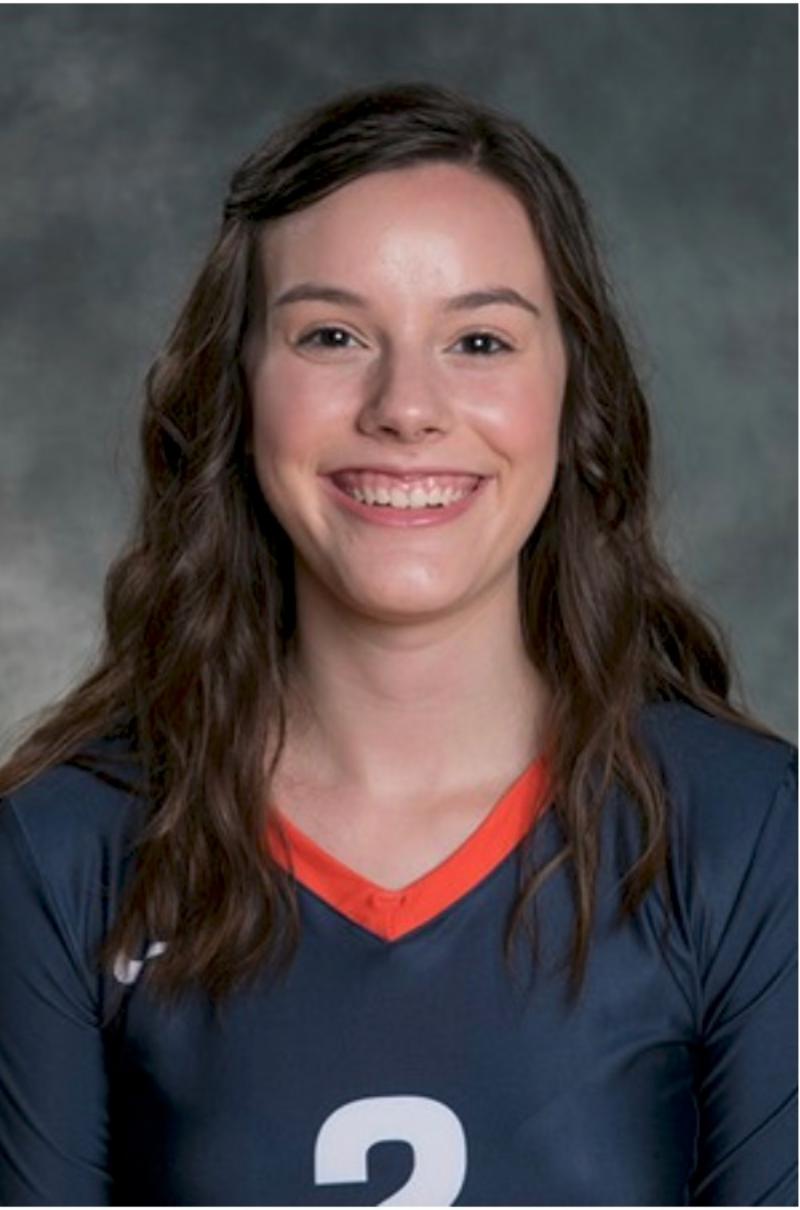 As part of a team devotional, a teammate once asked us where we see God when we play volleyball: in the stands watching us, on the bench cheering for us, or on the court playing with us. At the time, I didn’t know the answer because I had forgotten what it felt like to be on the court. But in that perspective-giving moment of that final match, I realized He wasn’t in any of those places. He was inside me and still is, cleaning His house and helping me to understand that I am capable of His dreams, which are far greater than those I had aspired to. The unexpected end to my volleyball career isn’t all He has for me. Rather, it’s just the beginning of what I was truly made for.