Ministry in Middle Earth: Living as the Body of Christ

Ministry in Middle Earth: Living as the Body of Christ

Bethany Litteral ’20 is an English and secondary education major from Tallahassee, Florida. In this MyWheaton blog post, Bethany shares about how her experiences as a member of the Tolkien Society, a student-led club on campus dedicated to celebrating the writings of J.R.R. Tolkien, have shown her more about living in faithful service to God.

When I chose to apply to Wheaton College in the fall of 2015, it was for so much more than the academic prestige.

I had heard about dinners with professors, dorms focused on human flourishing, and those ubiquitous words “intentional community,” which told me that I would be formed not only as a scholar but as a whole person in Christ. I was eager to get involved in all that Wheaton had to offer.

I quickly discovered the power of comparison and the pressure that came with it to be involved in something world changing, preferably that connected to Christ and His Kingdom in a fairly obvious way. I kept my eyes peeled for the perfect ministry, and in the meantime, I discovered a fellowship that excited every fiber of my story-loving being: the Wheaton College Tolkien Society. There is a special power in stories to break down barriers and unite individuals. 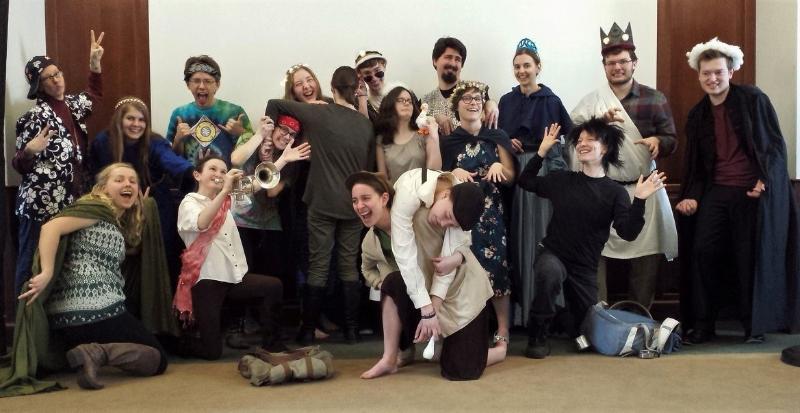 Recognizing this, the Tolkien Society took the timeless concepts of community and hope that Tolkien so masterfully wove into his works and built a family around them. I was quickly swept up in the read-alouds, community plays, feasts, and other events that introduced me to a clan of fellow story-lovers who readily embraced each individual who entered.

As I began spending more time with the Society, members started to ask if I would consider the presidency. The prospect excited me because I had grown to deeply love this community and desired to aid in its flourishing in whatever way I could. But my eagerness was tinged with doubt. I knew that through the club we were loving God and loving our neighbors, and we even had events that reached out to the wider community. But an organization like the Tolkien Society didn’t seem to be as overt in its ministry as other organizations on campus. Could I justify the time commitment that a leadership role demanded when there were so many other more ministry-focused organizations out there? Was I giving up time that I should be devoting to the Lord in preference to my own enjoyment? 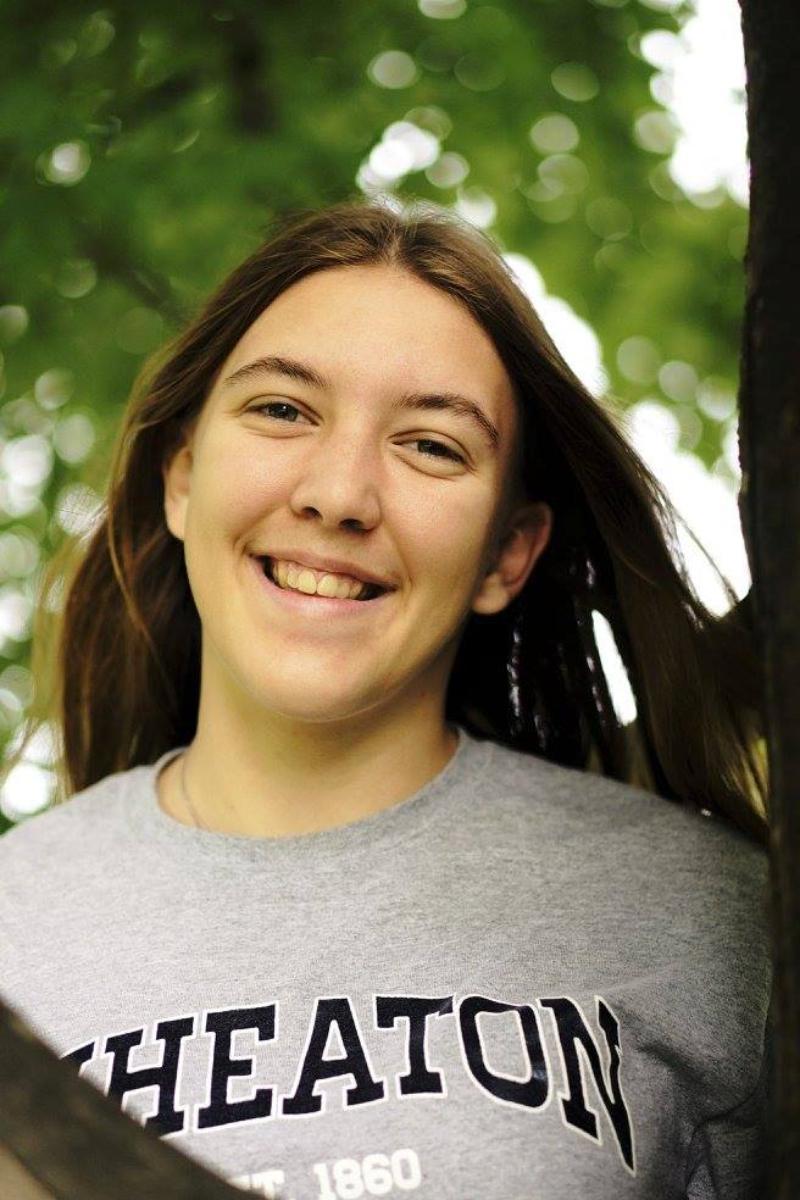 It turns out I had developed a misconception of worship and service. Paul urges believers in Romans 12 to be living sacrifices, expounding on the concept in Colossians 3:17: “And whatever you do, whether in word or deed, do it all in the name of the Lord Jesus, giving thanks to God the Father through him.” Rather than separating life into categories of “for God” and “not for God”, followers of Christ are called to love the Lord in everything they do. Believers aren’t called to ignore the people in their immediate vicinities so that missions can move forward, but to see first the places around them, in their dorms, churches, families, and workplaces, where the love of God needs to be lived out. In questioning the value of the Tolkien Society, I was failing to take into account the community I had already been given the opportunity to serve.

It was God’s faithfulness shown through my brothers and sisters in the Society that opened my eyes. The day before the elections were to be held, a tragedy occurred back home that caused me to wrestle with the goodness of God in ways I never had before. I was shocked at the depths of brokenness and human depravity in the world and I considered skipping the Society’s big event, but something in my heart told me to go despite my grief.

I entered a room full of people who knew nothing about the situation back home or the confusion I was experiencing, but who knew and cared about me deeply. I was brought to tears as I felt myself being buoyed up by those who weren’t even aware of how desperately I needed their encouragement. At that meeting, my eyes were opened to the work of God in the Tolkien Society. 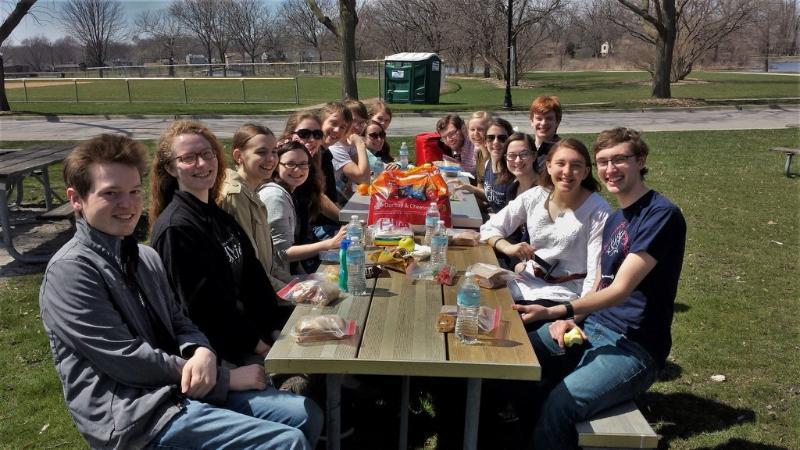 Like Frodo with the Ring, we all carry things that are too heavy a burden to bear alone. Each of us needs a fellowship where gifts can be shared and where there is always a listening ear, a helping hand, and a voice of encouragement when we stumble. Christ’s sanctifying work accomplished so much more than the saving of individuals; He has knit together a body, a family, a community of many parts in which each is indispensable. Sam’s quote at the end of The Return of the King, “I can’t carry it for you, but I can carry you,” takes on a more profound meaning for me as I consider the call in Galatians 6:2 to carry one another’s burdens. Though none of us can know the full weight of the pain others hold inside, we are all called to walk alongside one another in suffering as reflections of our Emmanuel.

This is only the beginning of how God has revealed Himself through this selfless and joy-centered community. I have also grown in respect for the many other special interest clubs across campus, each reaching out to a student body hungry to belong. No one is called to do everything, but everyone is called to live and love in a community, for the work of God’s Kingdom manifests itself in the body of Christ. 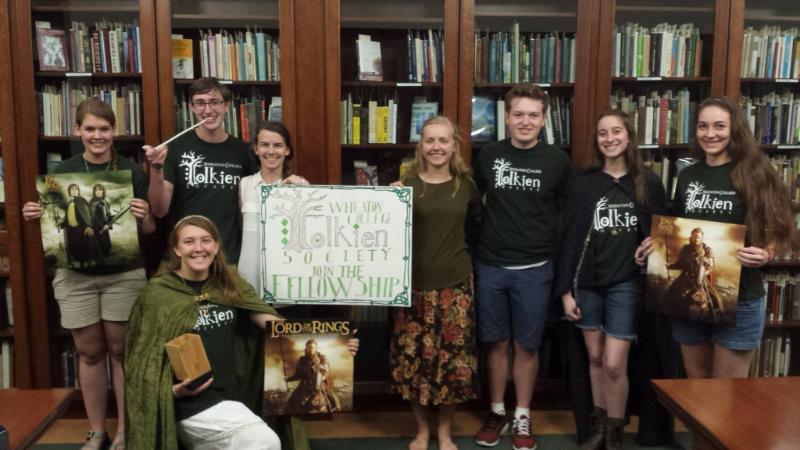