Wheaton College senior Michael Kitchen was recently recognized as a Student Laureate by the Lincoln Academy of Illinois for his excellence in academics and extracurriculars. 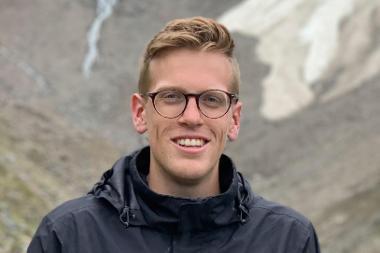 Wheaton College senior Michael Kitchen was recognized as a Student Laureate by the Lincoln Academy of Illinois.

Each year since 1964, the Lincoln Academy of Illinois recognizes an outstanding senior from each of the state’s four-year, degree-granting colleges and universities with the Abraham Lincoln Civic Engagement Award. The award comes with a $1,000 scholarship, a Lincoln medallion, a certificate signed by the governor, and the title of Student Laureate.

The Office of the Provost nominated Kitchen for the award because of his high level of academic achievement and involvement in extracurricular activities. In addition to studying international relations and Spanish, Kitchen competes in the long jump and triple jump events as part of the Wheaton Thunder Men’s Track and Field team.

However, he’s probably best known on campus for founding the student organization Students for Religious Liberties. 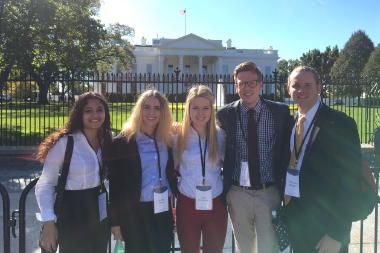 “Our goal is to educate the campus on the plight of religious minorities, as well as provide an avenue for Wheaton students to advocate for these groups,” he said.

As president of the organization, Kitchen planned meetings with congressional members on Capitol Hill and arranged campus events, including one that featured former Representative Randy Hultgren, who was co-chair of the Tom Lantos Human Rights Commission of the House of Representatives. Kitchen also coordinated prayer events for missionary Andrew Brunson ’88 during Brunson’s imprisonment in Turkey.

“I have never witnessed a student who has worked so tirelessly to advocate for others,” said Assistant Professor of International Relations Dr. Timothy Taylor. “Michael is intelligent, confident, humble, professional, and passionate. Weighing his words before he speaks, Michael is deliberative with his contributions to the classroom. As such, he is respected among his peers.”

“I was very excited and very honored that Wheaton would think of me for this and seek to provide me with this opportunity,” Kitchen said. “It’s an honor and a responsibility to stand with the other laureates who have done so much for their communities and for this country.”—Emily Bratcher