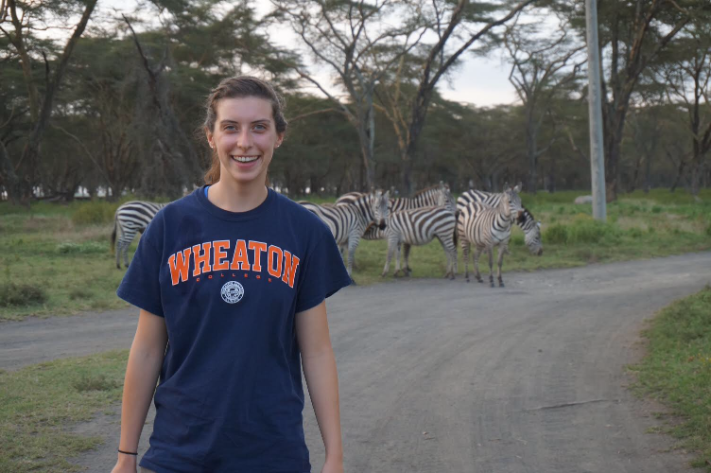 When I first wandered into Dr. Ickes’ office in the Department of Applied Health Science last fall, I never expected I would spend the summer in Kenya conducting qualitative research. Yet, God clearly called me to Kenya not only to join the work of breastfeeding promotion among employed mothers, but so he could draw me closer to his heart.

After a terrific semester of working as Dr. Ickes’ research assistant at Wheaton, I boarded the plane to Nairobi with high hopes and curiosity about how God would move in the next two months. One of my hopes was that God would clarify vocational direction, specifically which type of master’s degree in nutrition to pursue.

Though the nutritional knowledge I gained from lectures in the often-stuffy classroom in Chrouser equipped me well for research in the cool mountain air of Naivasha, I was constantly learning new things. 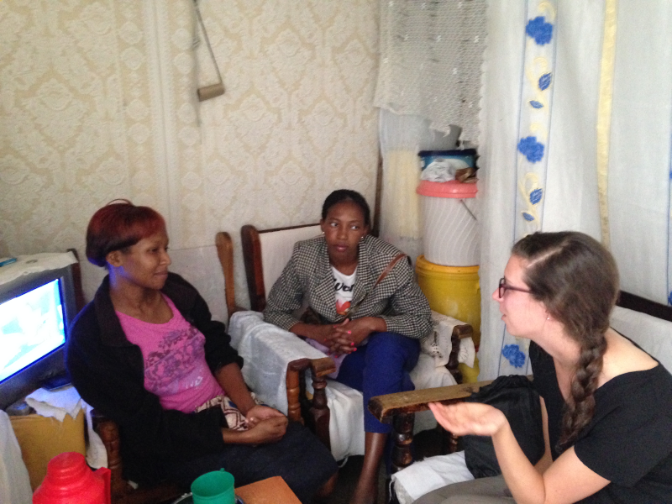 Each person we interviewed had a different story, a different perspective, and played a different key role in infant nutrition. I was surprised by how much I enjoyed integrating the data we collected with what I had already learned. For example, in class, Dr. Ickes lectured on the importance of promoting exclusive breastfeeding among HIV positive mothers. I learned from talking to the health workers in the clinic for HIV-exposed infants their successful strategies for preventing viral transmission.

The interviews taught me more than just an application of classroom knowledge or even answering our research question. God used each person, each story, to teach me about his heart for good nutrition and the role he might be asking me to play.

One of the critical participant groups for our study is daycare providers.

In Naivasha, daycares are mostly informal and have no regulations, so to find them, we walked around the slum asking people if they could point us to a woman who watched “watoto wadogo,” “little babies.” God used one particular daycare interview as a vocational nudge.

It was a cool, late afternoon and we had taken a few wrong turns on our walk through the nameless dirt roads to “Jane’s” house. We explained our study purpose to Jane, who agreed to participate. She graciously invited Dr. Ickes, our translator Hellen, and I into her home, which was a hot single room, creatively organized to maximize space. Her experiences with childcare seemed to leave her powerless to change the pattern of poor breastfeeding and child disease among the kids she watched. Yet she dreamed of getting nutrition education so she could have more influence to better support mothers who want to exclusively breastfeed. Just like at the end of all interviews, I gave her the opportunity to ask me any questions she had, half hoping she’d decline because I was anxious about whether we would get to our dinner plans on time. People will usually ask what we are going to do with the findings or if we are going to implement a nutrition intervention, but Jane’s question was simply, “is porridge good for babies?”

She honestly didn’t know. But what shocked me the most is that I didn’t really know either.

My short dialogue with Jane about the best foods for developing digestive systems tugged on my heart. I realized the importance nutrition education would have in that context. I also realized I want to be able to answer her question in an informed way and give her guidance, not only on how to optimally feed babies, but on lifestyle nutrition choices. God started to show me how my love for the science of nutrition could bring me into relationship with people he adores through an individual dietetics and educational approach.

He gave me a glimpse of how my work for the kingdom might involve bringing healing for the body, mind, and soul through working at a more personal level than I previously envisioned.

God is so kind. He could have brought revival or he could have done something extravagant in the city of Naivasha. Instead, he brought me to Kenya to show me how he wired me and gently called me to use my interests and skills to love people. His kindness won my heart, and I can confidently trust that he will continue to direct me through my final two years at Wheaton.