A Different Kind of Growth

A Different Kind of Growth

John Jones '21 is an economics major with a mathematics minor. John is from Anchorage, Alaska. In this MyWheaton blog post, John shares about his summer experience at Praxis. 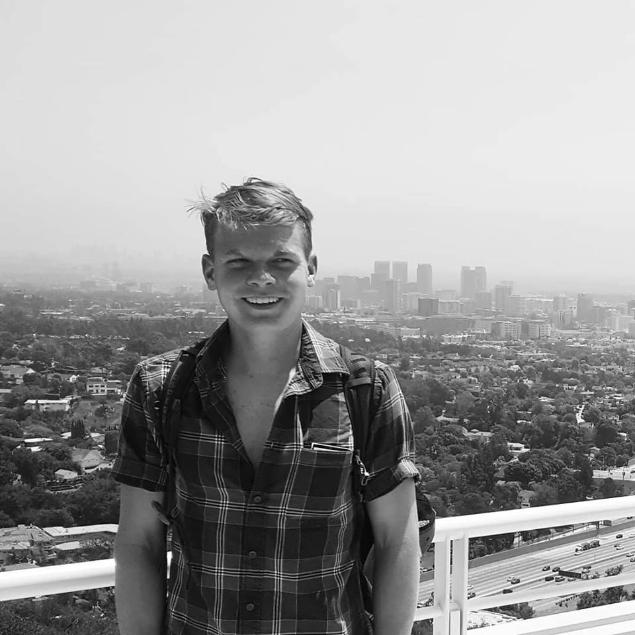 During my first semester at Wheaton, my friend, Elliot Young, and I started a company called Diapack.

We designed a small, portable case to safely transport diabetes supplies. Being a type 1 diabetic myself, I had been affected by the challenges of best protecting my supplies and coping with the stigmas associated with carrying a bag full of medicine. Elliot and I solved these problems with a product that led to our winning Wheaton Shark Tank and receiving 2nd place in a national entrepreneurial competition. Part of our award was attending Praxis Labs this summer in Los Angeles.

When we started on this entrepreneurial journey we had no idea what we were doing.

As much as it pains me to admit, we still don’t really know what we are doing.

We both remember staying up late the night before Shark Tank, doing work that should have completed  weeks prior. Our working meetings were never formal. We routinely made big decisions in the setting of a kindergartner’s play-date in which we sought to deploy the zaniest ideas we could imagine. Yet when we share with others our starry accomplishments—winning Wheaton Shark Tank, hearing positive feedback from the most powerful medical startups in the industry, receiving lots of money—we are treated as much smarter than we are. We were haphazardly throwing spaghetti at the wall and seeing what stuck. There was no thorough strategic vision. Almost everything that we did was spontaneous. However, the challenge needed a solution and by God’s grace, our answer stuck.

Attending Praxis Labs has been the most transforming experience of my academic career. When I was in high school I volunteered with several nonprofits—an experience that revealed to me a chasm between the for-profit and the non-profit worlds. At Praxis, however, that image was proven to be a mirage.

At Praxis I was exposed to the idea of redemptive entrepreneurship, the belief that companies have the privilege of sharing the love and grace of Jesus through their vision, products, and employees. This is not merely donating money to charity. It is about structuring the company in such a way that it promotes the flourishing of others in everything that it does.

I have met some of the most influential business leaders in the world. These men and women are members of the Forbes 30 Under 30, Power 100, Y Combinator, Tech Stars, and founders of Fortune 500 companies. While sitting in the auditorium hearing accolades before they spoke, I instinctively expected them to be primarily interested in profit-optimization, growth strategies, and scalability. To my surprise, they talked about what it meant to start a company that echoes with redemption and how Christian holiness requires them to not just be countercultural in their beliefs, but to be countercultural in how they engage their craft.

When I think about the future of evangelism, I don’t simply see it as sending more people armed with Bibles and church sponsorship into foreign countries. That type of evangelism is necessary and powerful—it is just not the only way. Purposefully starting companies that declare the good news of the Gospel through business methods, values, and visions can bring light to some of the darkest industries. We don’t talk about this form of evangelism,partially because we lack the language and theology to do so. Praxis gave me that language and showed me what theologically informed redemptive entrepreneurship looks like as it is applied, along with examples of how the results are bringing people to Christ and improving the world. Seeing this has made me want to change everything about our company.

Along with several other students, Elliot and I were offered the opportunity to present our company before the attendees in a 90 second ‘elevator pitch.’ Characteristically, we wrote our presentation during sporadic moments while listening to hip hop. It was terrifying speaking on stage before a crowd of powerful people, but we had prayed, specifically asking God for wisdom. Little did we know that that wisdom was not just for choosing our words during the presentation, but for what came afterward. After we presented, we were approached by a venture capitalist.

It is ridiculously difficult to get VC funding, especially when you are pre-sales, and even more when both founders are inexperienced teenagers.

This offer was a unicorn of offers—stupidly rare.

However, by declining the offer we believe we gave ourselves the opportunity to rethink what it means for us to be entrepreneurs. I also suppose, deep in our hearts, we did not feel prepared to be full-time entrepreneurs while going into our sophomore years at Wheaton.

I don’t know what Elliot and I will do after graduation. Maybe we’ll go to graduate school, start a company, or get normal jobs. It is intimidating to think about the future; part of me wants desperately to know what God has in store for me. However, agreeing with Anne Lamott—who says “the opposite of faith is not doubt: it is certainty”—I need to place my faith in God even if it is hard and involves doing the opposite of what the world says that I should do.

Wheaton College has some of the most capable students and faculty in the country, and I want to see them work together to generate a stronger entrepreneurial program. At Praxis, I learned the language and theology that is necessary to build transforming organizations. I believe that the curriculum at Wheaton has strong parallels to the spirit of Praxis' curriculum, but I believe that we can make our entrepreneurial program stronger by focusing on the need for redemptive ventures in this fallen world.

By going to Praxis, I believe that I have grown in my faith in Christ and His mission, and have learned about what responsibilities I have as a Christian entrepreneur. Maybe this was the last time that Elliot and I will taste this Forrest Gump-like success, the type of success that we seemingly bumble into unwittingly.

Even if nothing ever comes easy for us again, I feel more prepared than ever to engage the world and use my God-given  gifts to advance His Kingdom objectives by starting something brand new, helping to solve a business problem, and broadcasting the great grace I have received from the King.