Active in Service and Sacrifice

Active in Service and Sacrifice

Daniel Small '19 is a business/economics major from Hinckley, Illinois. In this MyWheaton Blog post, Daniel considers how restoration through sacrifice can be accomplished through servant entrepreneurship.

It was early in the fall when I began working on building a business with a few of my friends for Wheaton’s Shark Tank competition.

It seemed like the right thing to do as a business/economics major and new junior transfer student to Wheaton. I wanted to get involved and I had a passion for entrepreneurship, so it was a good fit.

Early on, the Student Alumni Board (hosts of Shark Tank) made it clear that they wanted us to think about the redemptive opportunities for our ventures. I sat in a room with my teammates thinking about how we could incorporate this into our business. Do we say that we’ll give away some money to a charity? Do we ignore it and hope that they don’t ask us? How can a for-profit venture have a redemptive structure built into it? This was the question that began to linger as we continued to plan what our business would look like.

A few months later, I found myself in a room with five other Shark Tank contestants listening attentively to a guy wearing round, hipster-looking glasses. His name was Jon Hart. Jon was an entrepreneur himself and worked for Praxis. He talked about how Christians need to discern the cultural moment and importance of thinking about business through a redemptive lens. He suggested that venture-building could be more than just a means of making money and that it could actually serve to advance God’s purposes in the world. This line of thinking was new and intriguing to me. 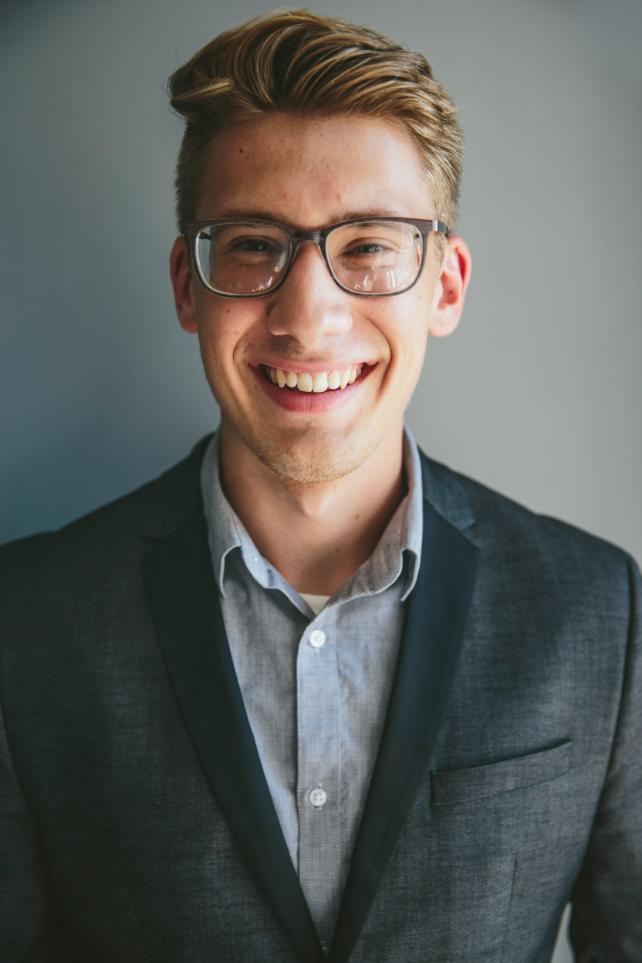 After competing in Shark Tank, I wanted to pursue the idea of redemptive entrepreneurship further. That’s when a friend who previously attended Praxis Academy encouraged me to apply for the program. After spending the past year working on a potential venture, I couldn’t think of a better way to spend a week of my summer.

As I received the initial email from Praxis, a swirl of excitement came over me. I was looking forward to connecting with other people who were interested in thinking about business as a redemptive force in the world. I kept scrolling to where they introduced the type of students who would be attending Praxis. Many people were founders of organizations, working at startups, or starting non-profits. I realized that all I had completed was a Shark Tank competition at Wheaton College. I had not filed to be an LLC, or made a dollar in revenue.

All I had was some friends and a pitch deck.

Nonetheless, I found myself on an airplane headed to one of the most famous cities in America: Los Angeles.

I arrived on Biola’s campus with the hot summer sun beating down on my blue jeans and dark t-shirt. Before I even stepped foot on campus, I already had at least five conversations with different people from Praxis. There was pulsing energy ever since the bus had pulled up at the airport. I couldn’t quite put my finger on it, but it seemed as if everyone had been preparing for this moment. Everyone I spoke with had a passion for business and its redemptive possibilities.

After eating some famous L.A. tacos, everyone shuffled into the main auditorium for the first evening session. A pastor and cultural commentator, Andy Crouch, began to share the biblical definition of redemption.

He talked about how Boaz made routine sacrifices to allow Ruth to glean in his field. Boaz becomes Ruth’s husband and the family redeemer for Naomi and Ruth to preserve their family name.

The story of Ruth and Boaz began to lay the foundation of what was really meant by the term “redemptive.” It was Boaz’s sacrifice that created room for Ruth to thrive. In a similar way, entrepreneurs ought to be people that create room for other people through their own sacrifice.

Throughout the week, the phrase “restoration through sacrifice” became a norm. But I slowly began to realize the difficulty that came along with sacrifice. This came to a head for me when a husband and wife were on stage talking about money. Here was a man that many would say had “made it” in business. His job paid six figures and he selected the hours that he wanted to work so that he could volunteer with a weekly church event. Yet he and his wife decided that they wanted to live in a lower income neighborhood in L.A.. Then, they decided that they were going to live just below the median household income: $38,000 at the time.

Immediately, I questioned if this whole “sacrifice thing” was for me. If God asked me to make such a large sacrifice, could I do it? I felt like the answer was a clear no. But despite the large sacrifice that this couple had made, they were joyful. They smiled as they shared stories about God’s goodness to them. And it wasn’t the fake kind of smiling that you do when your mom tells you to say “cheese.” It was genuine, authentic joy that spilled from their hearts.

I spent the next days thinking deeply about the sacrifice that this couple had chosen to make.

On the bus ride back, I gazed out the window as palm trees and buildings whizzed by. Then it hit me.

“If the church is going to have any relevance in today’s world, it must be active in service and passive in self-promotion.”

I had heard this during the previous semester one evening at an all-school communion.

There was one commonality that every CEO who spoke at Praxis shared: they were servants. They all sought to create room for other people. They were all Boaz in some way. They had very little to say about themselves or the success of their organization. They were living versions of what it means to be “active in service and passive in self-promotion.” The reason that these entrepreneurs were able to make such large sacrifices out of joy was because they saw it as part of their life’s work. In other words, they didn’t serve out of an obligation they felt they had.

They served because it was their calling and that’s how they were able to serve so radically. They saw themselves ultimately as restorers of God’s Kingdom here on earth. As a result, God’s Kingdom has advanced further into the world, bringing about His original intention of drawing all creation to Himself.