Finding Her Place in the Kingdom

Finding Her Place in the Kingdom

Lauren Michelle Anderson '19 is an economics and Spanish double major from Troy, Ohio. In this MyWheaton blog post, Lauren considers what she learned during her summer experience with Praxis. 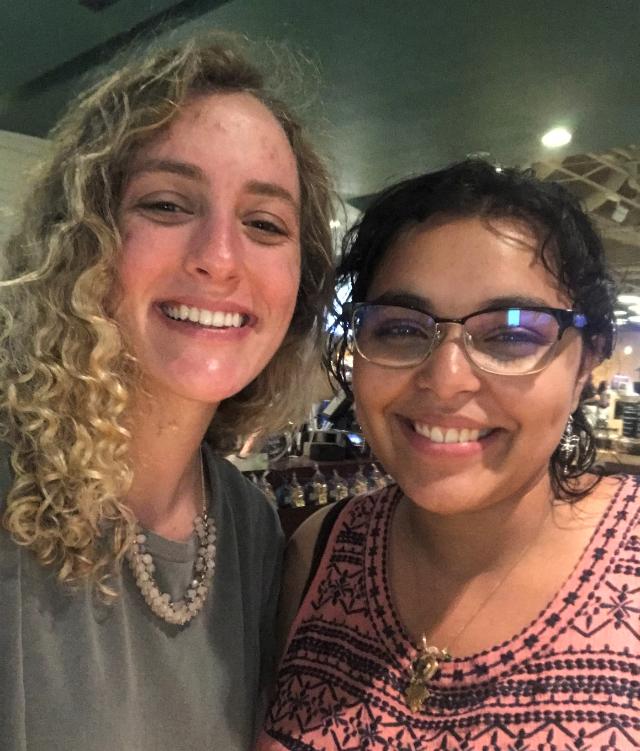 In the weeks of preparation prior to Praxis Academy, the conference itself seemed distant and daunting. Despite completing all necessary logistics such as my required readings, requesting time off work, buying my plane ticket, and packing a  “classy casual” wardrobe, I still did not feel ready to be immersed in a community of very successful peers, oftentimes younger than me. Praxis Academy is described as “a flagship communal learning experience for the next generation of entrepreneurs and change agents,” but when people asked me where I was going, I just iterated the buzzwords I kept seeing in my emails. “It’s a conference about ‘redemptive entrepreneurship,” they would read. Sounds great, right?

This one-sentence explanation usually satisfied my co-workers and friends and I was thankful that I was not often pressed to elaborate, because I did not yet know how.  While I was extremely excited, the ambiguity of what to expect as well as a prying sense of inadequacy led me to be fairly nervous going into the week.

Upon arriving at Biola University, where Praxis Academy was held, I was immediately struck by how welcoming, humble, and eager all of my peers were. This should not have surprised me, as this modest tenacity is not uncommon at Wheaton, but the members of my Academy class wasted no time and immediately began to flesh out ideas and share their dreams. A frequently asked question to learn about each others’ visions was, “What are you all about?” To my surprise, I did not feel that I paled in comparison, but earnestly invited into collaboration of how to participate in the redemptive work that the Lord has called us toward.

So, what is this redemptive work? Great question. Praxis defines it as it relates to entrepreneurship as “the work of joining God in creative restoration through sacrifice by way of venture building and innovation.” This is a complex answer with many pieces. Consequently, Praxis Academy is jam-packed—full of conversations, questions, listening, and showing students how redemptive ventures and innovation can exist in our weary world. With so much content to process, I was simultaneously exhausted and revitalized as I developed a sense of hope for the ways that the people in my new network were living into God’s vision for them. It made me realize that perhaps I could develop the skills that I need to one day pursue a redemptive venture as well.

One afternoon, the Academy class had the opportunity to hear several different thought leaders and redemptive entrepreneurs introduce Praxis’ Rule of Life. This rule of life consists of practices on time, money, imagination, decision-making, power, and community. For me, what stuck out in this grouping was imagination. The phrase “use your imagination” that seemed to regularly echo when I was a child has, at best, faded, and at worst, become ironic and convoluted as I have gotten older. I am a little embarrassed to admit that I thought we would hear a mirage of clichés about dreaming big.

Dave Blanchard, the founder of Praxis, spoke on imagination. He stated that imagination is about two things: what we desire/our vision of the good life and what we have to work with/our raw material. He then acknowledged that one of the most prevalent inputs for imagination in our society, especially for young people, is media.

Of course I have noticed that media and screen time has impacted my productivity and time management, but had I considered that it was infiltrating my imagination? Sure, I understood that it sometimes impacted what I would think about, but I did not fully grasp the extent to which media could deplete redemptive imagining (or that redemptive imagining was really a thing, honestly). I learned that redemptive imagining breeds understanding and change, but the overconsumption of media can be overbearing and time consuming in a way that takes our thoughts, our most important mechanisms for creativity, away from what God desires for each of us.

I have been able to justify that time on media was informative and productive—and it can be. Blanchard’s talk, however, opened my eyes to the importance of preserving our imaginations through regular disengagement “from screens of all kinds.” In addition to disengaging from screens, he advised us to expand our imaginations through consistent time spent in Scripture, immersing ourselves in creation, and replacing electronic media with reading books (of any genre) that can broaden our understanding and perspective of the world.

Blanchard’s words made me realize that a person’s imagination is not simply the abstract part of our minds with the capacity for creativity, but a mechanism that God gives as a gift for each of us to think redemptively about solutions for persistent brokenness in the world. Blanchard acknowledged the value and importance of technology, but reminded us of what we all probably had experienced—that overstimulation and oversaturation of media can be more deadening to the mind than restoring. I realized that imagining is not something to be outgrown and is more than static daydreaming. Rather, it is an active means of aligning our ideas and creativity with the vision of all-encompassing restoration and renewal that God has for his people.

Praxis Academy changed the way that I see myself as a part of God’s Kingdom. Upon arriving, I had a natural nervousness accompanied by prying inadequacy. After hearing Blanchard discuss imagination and many other thought leaders share their thoughts on vastly different topics, I have a stronger sense of security and comfort. God did not make us to be achievers by the world’s standards, but has equipped us in different ways to be agents of change working for the Kingdom. Out of gratitude for what we have been given through creation and by grace, we are called to be productive and have persistent and expansive imaginations that perpetuate this productivity.

The words “redemptive entrepreneurship” have become much more than buzzwords to me. Instead of being relieved when people do not press me to discuss the meaning of redemptive entrepreneurship, I am eager to use this concept as a framework to shape my future vocational goals and be rid of prying inadequacy to walk boldly in pursuit of aligning my ventures with God’s restorative vision for the world. I am so thankful to Opus for the wonderful opportunity of attending Praxis Academy.