Abundance and Hardship in the Holy Land

John Arenas ’19 is a biblical and theological studies major from Rye, New York. In this MyWheaton post, John shares about his experience this summer on Wheaton in the Holy Lands.

As I left home to go on Wheaton in the Holy Lands, I couldn’t help but dwell on all that I was leaving behind. I thought I was crazy for not being eager to embark on this “once in a lifetime experience.” Even as I began to settle into life in Israel, life at home seemed to loom large. By the end of the first week, I was faced with a loved one in crisis and was considering returning to the States. While the situation at home stabilized and I was able to stay, I couldn’t help but feel alone. But as a community began to form in the trip, I began to realize that many of us were dealing with our own crises and hardships. And, as I reflect now, instead of detracting from the “trip of a lifetime,” I believe the adversity enriched our experience as pilgrims in the Holy Land.

Judging from the expectations of the Israelites in the Pentateuch one would think Israel is a land of agricultural surplus; “a land of milk and honey” is a place of plenty, where no one ever lacks food to eat. The Israelites who crossed the Jordan must have been incredibly disappointed when after less than a day’s journey into the land they encountered the Judean wilderness. 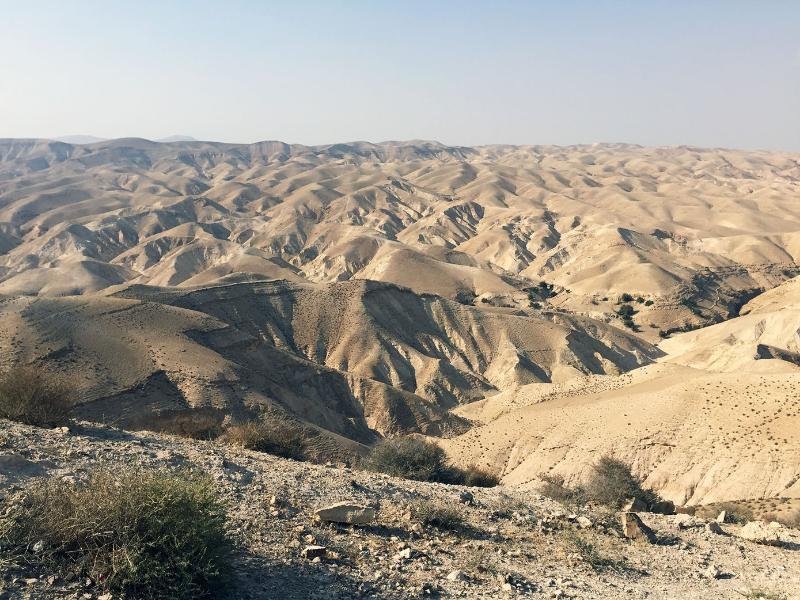 The wilderness is breathtaking, both beautiful and deadly. It is a barren land, lacking agriculture, and providing very few water sources. Only a shepherd with incredible survival skills would be able to survive there for very long. Even once the Israelites moved past the wilderness into the Judean hill-country, they would have been confronted with a hard land that must be tended every day, very carefully, to produce just enough to survive. They were completely at the mercy of the rain to eke out a living. They were utterly dependent on God’s provision.

Unlike the area around Jerusalem, the north and western regions of Israel, Galilee and the coastal plain, were filled with Gentiles and food to spare. In these places, there was abundance, and the Jews and the Gentiles were, therefore, able to forget God, as they did not need him. One notable exception was the small town of Nazareth, built on rocky earth and hard to farm. In Nazareth, the people were still reliant on God. 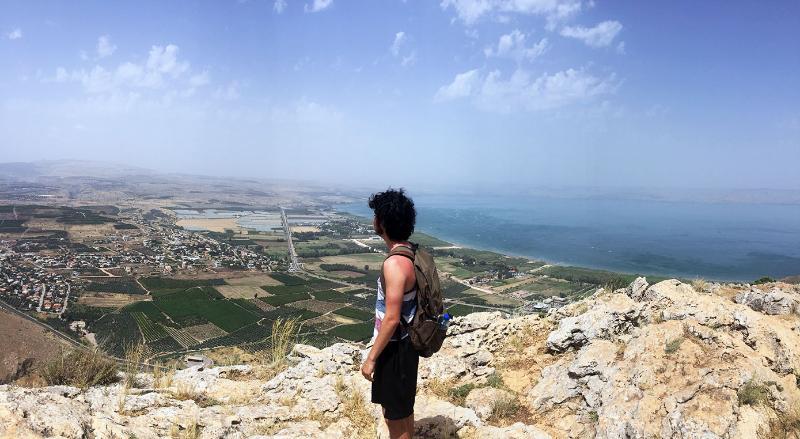 Our professor, Dr. Paul Wright, liked to say “Israel is not the Promised Land, but the Land of Promise.” By this, he meant that God does not provide the Israelites with all that their hearts could need and fulfill their every wish. He does not guarantee them freedom from suffering. Instead, God’s covenantal faithfulness means that God is with them throughout the pain and suffering; God cares for his people like a vine, with just enough water they are able to thrive.

In all the years since Joshua crossed the Jordan, cities and civilizations have risen and fallen, time has passed, but the land remains almost wholly the same. Although much separates our lives from the lives of the ancient Israelites, being in the same land where they lived and died allowed us to see the world from their perspective, to empathize with them. In a similar way, the hardships that we all were facing personally gave us an opportunity to go even deeper into the experience of the men and women we were studying.

More importantly, suffering allowed us all to meet God in a more meaningful way.

In times of abundance it easy to forget why we need God. Constant food and drink can dull our perception of our spiritual hunger and thirst. Storing up treasure on earth can make us trust in ourselves rather than God. This is why throughout Scripture, God shows a preference for the least, the unlikely, the poor, the widow, the orphan, and the stranger. Whether it is the youngest son, an unwed mother, or an “illegitimate” baby born to parents from a backwater called Nazareth, God identifies with the lowly and in need. As we were faced with our own needs, spiritual poverty, and lack of control, God met us and had mercy, just as he has always had mercy for his people. 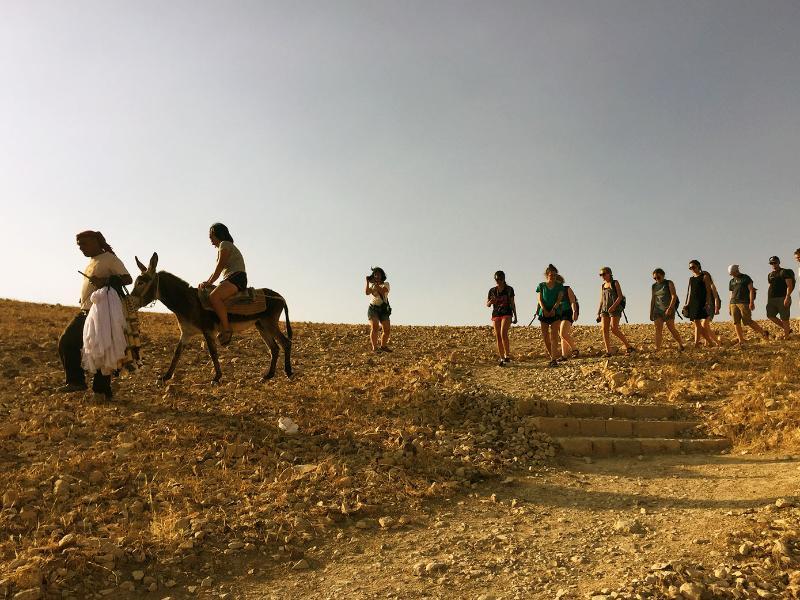