Caroline Willett '19 is an interdisciplinary studies major studying chemistry, biology, and human needs and global resources. In this MyWheaton post, Caroline shares about her experience in Quito, Ecuador during a summer 2018 trip with Student Ministry Partners.

It was one of the sunniest rooms in Hospital San Francisco, perched on the far right side of the top floor. If you looked out the window, you could see the sprawling city of Quito to the left and the roaming mountain ranges, the passageway to rural Ecuador, to the right. But the reason I looked forward to going into this room every day was not the scenery, but the company.

The Internal Medicine floor is in no way the most lively floor in the hospital. It lacks the excitement of Labor and Delivery, the rush of the Emergency Room, and the raw hope of Pediatrics. Rather, it is a world of painful, slow, mystery. While some patients rest in wait for the antibiotics being pumped into their veins to cure the sepsis in their blood, others lie in their beds full of the knowledge that the masses beneath their skin have spread too far or grown too large, and that relief will only come in death.

These truths of Internal Medicine were certainly a reality in room 408.

Clemencia suffered from cellulitis, a soft tissue infection, while Clara Elise had Hydroelectrolytic Disequilibrium as a result of a kidney infection. Because of their infections, I had to put on extra protective clothing before entering their room. The scent of alcohol wipes mixed with latex accompanied by the efficient sound of my rolling vital signs cart would follow me into the room as I greeted the two women with an enthusiastic “Buenos Dias!”

Clara Elise would generally respond to my greeting with a half-hearted grunt, while Clemencia would roll over, give me a large toothless grin and slowly say, “ Buenos, chica!” Both women would always have a lot to say to me. Which, considering my very limited Spanish vocabulary, could be overwhelming.

One time, when I entered room 408, I was greeted by both patients shouting, “Timbre! Timbre!” I rushed in, trying to figure out what they were exclaiming about. For some reason, the first thing I thought of when I heard “ timbre” was yelling “TIMBER!” to a crashing tree. For this reason, I thought that “timbre” might mean down. Following this haphazard train of thought, I asked them if they’d like me to lower their beds. This caused a whole new round of commotion, so I realized I had most certainly come to the wrong conclusion. At a loss, I stood for a minute with my glove-clad hands on my hips, thinking. What was I missing? In this moment of pause, I finally heard it—a beeping sound coming from Clemencia’s IV machine.

I rushed over to her machine, and within seconds I had stopped the sound. All three of us sighed in relief and joined in a round of laughter. The laughter continued as I took their vital signs. I finished and went to exit the room when I heard Clemencia say to Clara Elise, in Spanish, “ I don’t think she hears very well.”

At first, I found it funny that my lack of Spanish had been mistaken for a hearing problem, but the more I thought about it, the more I realized that Clemencia was right. If I had stopped and listened from the beginning, I would have had time to process what the women were saying, and I would have also heard the beeping noise coming from the machine.

I had been so focused on fixing the problem that I had not taken the time to fully understand the situation. 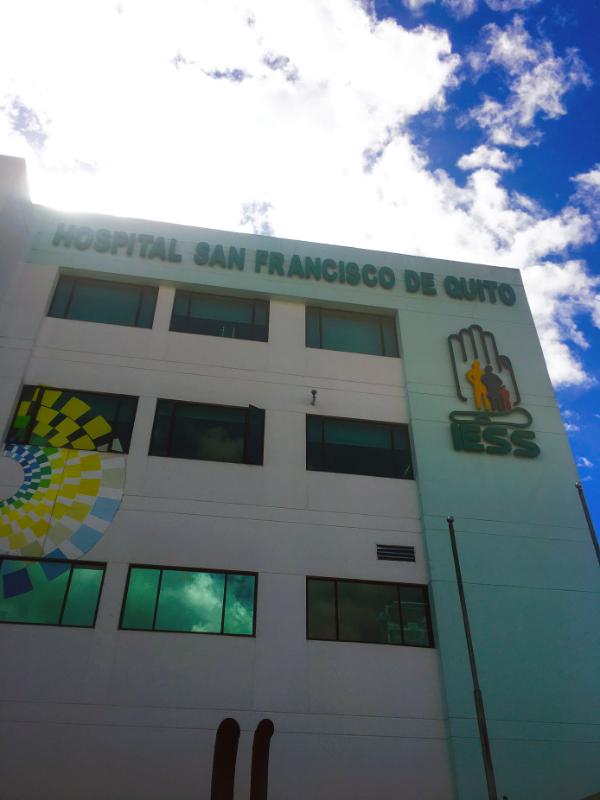 For the rest of my week on the Internal Medicine floor, I took advantage of the thoughtful and restful nature of the environment there. I spent a lot of my time doing research on the various illnesses that the patients on the floor were facing, analyzing CT Scans and X-Rays, and watching the way that the doctors interacted with their patients.

I discovered that Internal Medicine was centered around finding the minuscule details that would lead doctors to a different diagnosis and treatment plan than they may have initially hypothesized. Similar to this meticulous practice, I have found that God calls us to a life of steadfast watching and listening. Sometimes his call to us may come by way of a blaring beep that we are too preoccupied to give any mind to, and sometimes it may come in the form of a small mass on a CT Scan that was originally presumed to be an irrelevant smudge.

I am not sure exactly what I am listening and looking for, but I do know that I do not want to be known as “the one that does not hear well” anymore.

The Proverbs advise: “making your ear attentive to wisdom and inclining your heart to understanding,” (Proverbs 2:2, ESV). Proverbs 2 delves into the value and treasure that can be discovered in listening. This sort of understanding of wisdom can only come from God and will lead to a life of protection and deliverance from evil.

I learned so many things while I was in Ecuador spanning from the proper rate of a fetal heartbeat to the most efficient way to cut a pineapple. However, I think that the knowledge that will stick most closely to my heart are the lessons that I learned in room 408. Clemencia and Clara Elise taught me a lot about medicine, faith, and friendship whether they realized it or not. On my last day at the hospital, when I went to say goodbye to my dear friends, I found myself frustrated by the fact that my limited Spanish would not allow me to fully explain to these women how much I had been blessed by their friendship. But then, I realized that my words were not what really mattered in this situation. So, I stood by both of their beds, squeezed their hands, gave them a smile of encouragement, and I listened. No, I did not fully understand every word they said to me, but I hope that they knew how much I valued every word that they spoke.