One Step at a Time

This blog features stories about the Wheaton College Graduate School. This story features Maddie MacMath, a recent M.A. graduate of the accelerated M.A. in TESOL program.

Maddie (Madison) MacMath admits that she did not have a long-term plan when she came to Wheaton College as an undergraduate student. She shares how her step-by-step journey at Wheaton led her through changing majors to one of Wheaton's Accelerated M.A. programs. 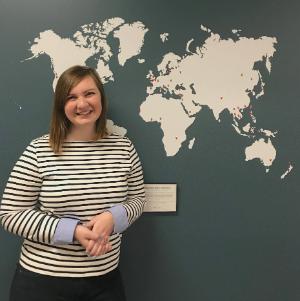 "I actually started in the international relations program. However, I realized that I wasn't being pulled toward politics, so I changed my major to Christian Education. I also had, and still have, an interest in intercultural studies and ministry. But, somehow, when I first heard about the Accelerated M.A. in TESOL (Teaching English to Speakers of Other Languages), it took me a while to realize it had the intercultural studies components I was looking for.”

The Accelerated M.A. programs at Wheaton College Graduate School are designed to help current Wheaton undergraduates save money, time, and paperwork and achieve both a bachelor's and master's degree in five (rather than six) years. During the fourth/senior year, students in the program begin taking graduate coursework to count toward both degrees. In the fifth year, the student officially enrolls in the Graduate School and finishes one more year of graduate coursework to complete the M.A.

Maddie explains why the program was perfect for her:

"What I found so helpful was the fact that the program is designed to give you a taste of graduate-level work while still at the undergraduate level. I was able to ease into graduate classes without the daunting commitment of starting at a new school and new program. I also saved on the cost of an entire year of graduate school." 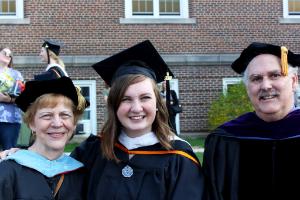 Maddie's first class in the Accelerated TESOL program was reading and writing with Dr. Seaman. That same semester, she started an internship in a pre-literate adult-ESL class with World Relief, an organization committed to helping refugees and immigrants from all countries resettle and rebuild their lives.

The connection between her classroom and the World Relief classroom showed her she had taken the right step.

"I loved seeing that expression of universal excitement and joy fill the students' faces as they were able to recognize and read their own name for the first time. These adults had been through decades of horror in their former countries that I will never be able to comprehend, but TESOL gave us the opportunity to connect as we experienced the life-giving and liberating excitement of reading and learning together!"

As she just graduated earlier this month, Maddie shares the next step, which she says finally feels more like a big "jump," teaching English with a refugee organization in Europe. 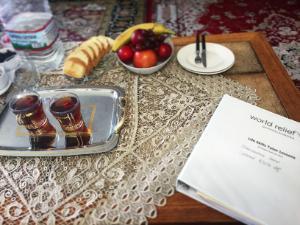 “My time at Wheaton is a testament to God's graciousness with me. I keep saying ‘I trust you and want to be obedient, but I can only give a little step.’ But He's ok with our little steps that we take, one at a time, and He works with us there. Eventually there's a time to jump, but God is faithful to work even in the small, hesitant steps.”

The Accelerated M.A. offers Wheaton College undergraduate students the opportunity to earn a master's degree in as little as one year by taking graduate credit courses during their senior year. Discover more information about this possibility.