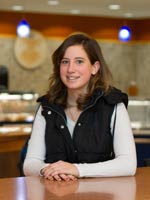 I love to hate media for all of its fascinatingly pointless contributions to culture, but we cannot escape its influence. I believe in the power of truth in media to break chains of bondage, oppression, and apathy. It is easy to let our brains atrophy into media-enslaved idiocy as we put our minds on cruise control, letting the corporations reach in and read our souls. It is important, however, to be aware of what story is being sold – I mean, told – through the messages of our culture. Studying media has opened my eyes to the stories around me, and caused me to focus on developmental communication. Through my study of media at Wheaton College, my participation in the Human Needs and Global Resources program, and a communications internship at an NGO in Cambodia for the past six months, I have learned that when reality finds a voice, it is from the very mouths of the voiceless. Truth resides in the cries of the muted, as they escape the imprisonment of a hegemonic narrative. The truth of a system comes from the people at the bottom, and if we want to communicate that truth, that is where we must reside. Developmental communicators must be present at the margins of society. The truth-tellers must be the bottom-dwellers.

Communication is as involved in the systems of poverty and injustice throughout the world as it is with the efforts of development and change. We all observe the world through a cultural lens. The central narrative within our culture is carefully constructed by media and self-perpetuated by its consumers. The powerful retain their superior positions because their ideologies become mainstream within the media, perpetuating an ethnocentric society. Roles of status and even gender, which separate the marginalized from the masses, are socially constructed and preserved. We sustain this system, whether we are aware of it or not. For this reason, developmental communication is essential within global culture to introduce a global dialogue rather than affirming the monologue of shopping sprees and militaries produced by prioritized people.

The hegemonic influences that we allow to remain mainstream should no longer be good enough. For so long, poverty has been defined and combated from the perspective of the powerful, while the marginalized are the ones with the ability to know all that lies above. Their standpoint provides a more accurate picture of society than the perspective of the privileged and powerful, so the search for reality should begin with the lives of the lower classes and the exploited. Through this standpoint the status quo and traditions of injustice can be overthrown in the direction of development. Poverty is perpetuated by the lack of communication by and for the marginalized. As long as the rich and powerful live in apathetic ignorance of the misfortune of others, the media of this world will always mute the powerless and hinder human development. The power of the Kingdom of Christ seeks to reverse cultural traditions of power and hegemony and break the hierarchical web of lies, which the evil one has worked in us to create. Developmental communication is becoming part of this Kingdom-building by actively seeking to reverse these lies and give a voice to the muted, and truthfully proclaim liberty for the poor.

Who are the poor and voiceless? A generation who are paralyzed by the memories of friends and family killed in front of their eyes are voiceless. Children without a mosquito net contracting painful diseases are voiceless. The voiceless are the ones evicted from their homes, fishing possessions out of flooded rooms. They are victims of violence and the downward spiral of hunger and poverty.

Truth-tellers must challenge the power-hungry forces that exploit the poor by listening to and recounting their stories. Hearing stories of the past as we work towards a future of justice and peace is the best way to truly understand the roles we play in the larger story. As a communications major, I have learned about the power of words and stories. Now that my formal education is coming to an close, and my future of journalism, communication and humanitarian service lies blindingly bright before me, fear and uncertainty creeps into my heart.

Here I am—writing this essay from a slum in Phnom Penh, overwhelmed by questions and powers far beyond my ignorant reach. One of my professors encouraged me by telling me to live the questions and allow them to pull at my heart. I want to communicate the truth, but where is the truth in a world full of ambiguities and deceit? I want to communicate hope, but where is the hope in a slum full of people who cannot afford rice for their children? I want to alleviate the pain, but all I can do is tell the stories, stories that build bridges in the hope that I can invoke justice and peace. Sometimes this hope seems to be crushed under the wheels of a motorcade as these questions pull at my heart, but then I remember that I am just an instrument of a God who has overcome this convoluted world of suffering. He is Emmanuel, God with us, The Word who became flesh and made His dwelling among the lowly. He proclaims a Kingdom ruled by the poor and the voiceless. It is my joy to represent the “Word made flesh” to others by becoming a truth-teller of the bottom-dwellers.

Through theater, debate team and other communication activities, there are many opportunities for students to get hands on experience in the area of study they are interested in.

From summer study in the Holy Lands to a semester in the city of Chicago, Wheaton offers a broad range of opportunities for learning, engaging, and growing in Christ.