Casual Thoughts for the Incoming Freshman 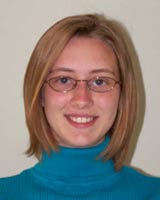 For the past couple of summers, I’ve worked at a machine shop in order to afford coming back to Wheaton in the fall. Despite the eight-and-a-half hours a day of mundane button pushing, the perpetual grease and metal splinters stuck in my hands, and the colorful new four letter word conjugations I learned at the break table, this job has informed my experience at Wheaton in ways I never expected. It taught me perseverance. It taught me the importance of knowing the Bible. It taught me to better appreciate my education at Wheaton, which will (hopefully) enable me to find a career not in a machine shop. And it left me with a few bits of insight that have followed me from the shop to Wheaton College, which I will share with any of you who are interested enough to keep reading.

1. Whatever you study and involve yourself in, work at it with all your heart because you serve the Lord Christ, not people. I entered Wheaton as a media communication major believing that I would make the next blockbuster and win the admiration of all my professors and peers (you know that poem by David Budbill, “I want to be famous so I can be humble about being famous?” Yeah, I actually believed that). But the thing about going to a place like Wheaton is that probably all of your friends will be smarter than you. Most of my good friends here are science majors who take classes like molecular gastronomy and organic biochemistry and who think it’s super fun to figure out the rate at which Gandalf falls from the bridge into the pit with the balrog.

I chose to be a media communication major because I was newly enamored with video production as a freshman. I liked the pretty colors and I thought that filmmaking would allow me to explore all my favorite subjects like dance and history and human interaction. I also liked that when people asked me my major they were always surprised when I didn’t say English. Apparently I look like an English major. In truth, I don’t fit in with the outgoing, tech-savvy, quick-witted communication majors in my class. I prefer to meditate, to write things down, to rewrite things down, and to say something in class discussion only if I can do so concisely and without stuttering.

But back to the pretty colors. The harder I tried to please and impress people with my stunning video skills, the worse I screwed up. Technology would spit on my attempts at artistic genius and I’d realize that I had forgotten to shoot an entire scene and my actor-science-major friends would have an exam in quantum mechanics the next day and offer to shoot maybe next week instead. My story would fall apart before my eyes like an apple undergoing enzymatic browning in fast motion. I learned in my freshman and sophomore years how destructive it is to do things to win affirmation. I serve the Lord, not the people I hope to impress.

2. Pay attention, because boring things are interesting in retrospect. There’s something about grease and grunt that makes one grateful for sleep deprivation and endless essays and incoherent presentations. Through my work at the machine shop, I came to appreciate the process of school and the act of using my brain for something other than measuring metal objects with a caliper. That fall, I took Communication Theory and learned how to apply thirty-two theories of communication to pretty much everything. For example, the reason why you think the world is more violent than it is, is because you suffer from “mean scary world syndrome,” a facet of Cultivation Theory. I took Media Studies, which taught me to be critical of technology and its effects on my generation, and I have come to terms with the fact that books are better than movies. I took Writing for Media, a class that pushed me away from my glamorous would-be career in film toward a far less glamorous career starving in my roommate's basement while I crank out pages of genius prose that no one appreciates. One of the most memorable nights of my academic life was when my roommates stayed up all night helping me type the hand-written first draft of a novel due the next day in class. Writing can be every bit as mundane as pushing machine shop buttons. But embedded in the process of spilling a pile of words on a blank page or screen, I found glimmers of light. If I write with all my heart, if I work at it as working for the Lord, then I feel as if I’ve finally found something worth pressing through even when it’s boring. Even though I decided not to pursue video production, the communication major taught me to think about the words and images I use, and to reflect on how language affects and causes certain views of the world.

3. Abandon your technology occasionally. Through studying media, I have learned how valuable it is to experience life without the mediation of a computer interface or cell phone screen or camera I can’t figure out how to control. It’s hard for us to focus on what we’re physically experiencing. It’s hard to pay attention to leaves and clouds and people in need when the screens surrounding us are full of seemingly more vibrant colors. Writing helps me look away from the screens, to experience life in a way that squinting into a camera never could. When I can leave my computer behind and hide my phone, it frees up a lot of time and space to learn and to see the world more accurately. Professor Mazzarella tells her writing classes to write what you know, but to know more. I often write about the subjects I write about because I want to learn more about them, whether those are serpentine belts or ballet or intergalactic space lava. Writing gives me an excuse to spend the rest of my life being a student. It’s how I make sense of the world and my faith. Though new-fangled gadgetry is really cool, it’s not going to make you a better person; it’s going to distract you from things that matter.

I won’t advocate that everyone should be a writer or a communication major. You need to find the things that interest you and pursue them. Wheaton has a lot to offer if you learn how to work hard, to pay attention, and to find ways to stay connected with the reality around you. I will advocate, however, that you find a blue-collar job somewhere and spend more than a month at it, because it will give you an unparalleled gratitude for your education at Wheaton.

Through theater, debate team and other communication activities, there are many opportunities for students to get hands on experience in the area of study they are interested in.