A Beautiful Gift to Wheaton College

This scroll was a gift from the family of Wheaton student Kertes Heng '17  in 2015 and was given in recognition of the work of Wheaton College. It is displayed prominently in a frame on the wall just outside the senior administrative offices of the College on the second floor of Blanchard Hall.

The Chinese written language is not an alphabet of letters with which to spell, but rather symbols with meaning. Because of this, foreign words and names are written ('spelled') with characters, which by their pronunciation come as close as is possible within the language to the sound of the foreign word.

The red marks on the right margin are stamp marks which are the 'signature' of the artist for this work.

The artist, Pang Jia Yong, was born in the town of Yanting, Sichuan province of China. He is a member of the Chinese Modern Calligraphy Research Association, a council member of Sichuan Provincial Calligraphy Association, and Xi’an Painting and Calligraphy Fellowship Association.  He is the deputy general manager of Chengdu National Heritage and Culture Media Company. His works have been collected by the Vice-Chairman of the Russian State Artur Chillingarov as well as by his fans and many art lovers in China. He also has his works auctioned in Hong Kong.

"The Fruit of the Spirit" in Chinese

A gift from a Chinese calligraphy artist, father of Wheaton alumna Grace Guo '17 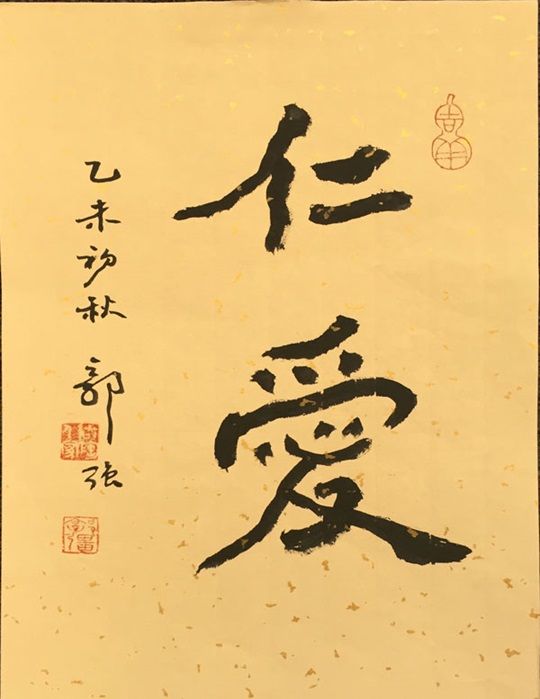 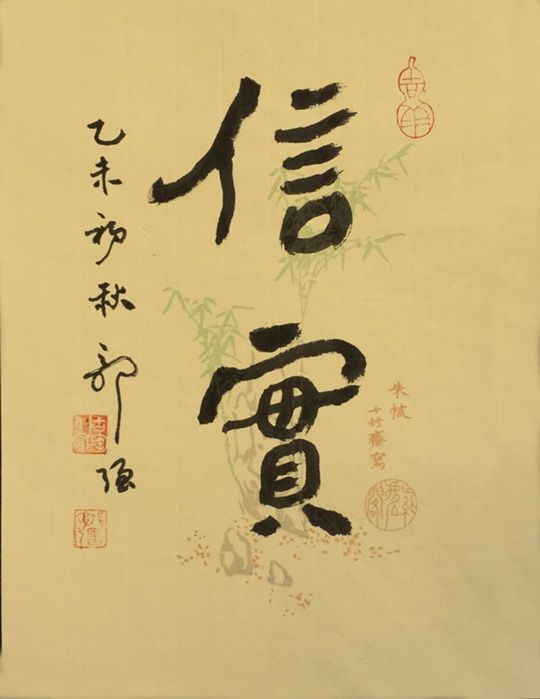 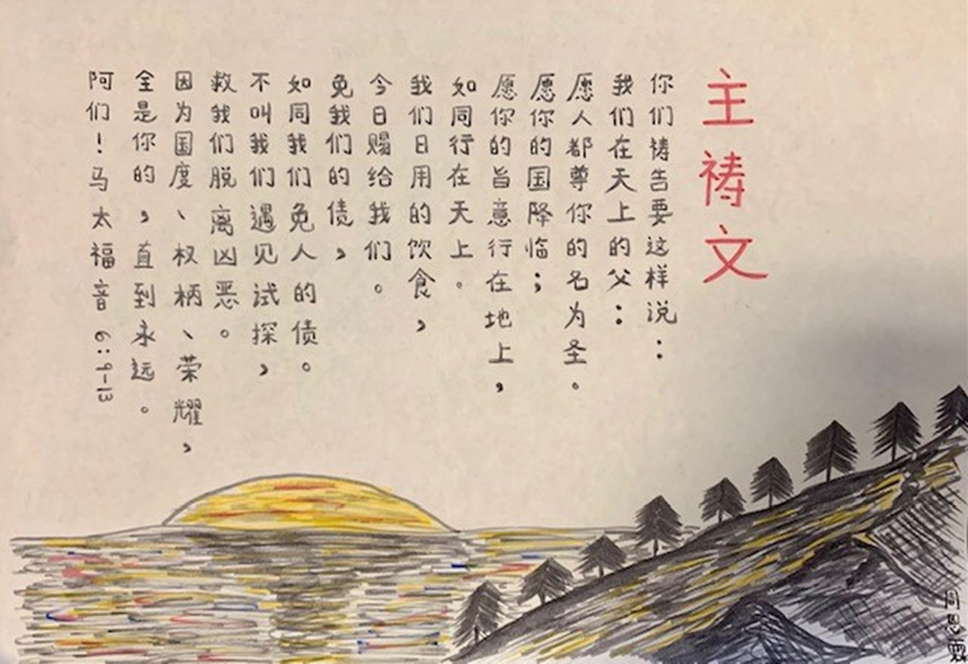