An endowment of one million dollars from the estate of Richard D. House ’52 will enhance geological education at Wheaton College by enabling increased experiential learning opportunities in the field for undergraduates in the major. 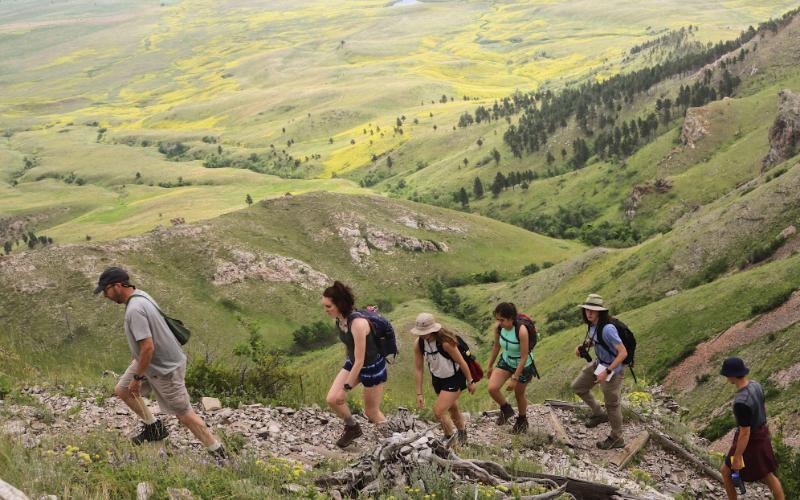 The money will be used primarily to cover expenses for local course field trips, special field trips far from campus, and program fees for summer field courses at the Wheaton College Science Station in the Black Hills of South Dakota.

Previous cohorts have participated in field trips to a wide variety of locations, including the Florida Keys, Guadalupe and Carlsbad Caverns National Parks, the Nevada Great Basin, the Grand Canyon, and even England. However, travel and logistical costs often limited student participation. Thanks to the House Fund, every geology major can expect to join one or more expeditions to significant geological sites during their undergraduate studies at minimal personal expense. As in previous years, geology alumni will be invited to join or help organize these trips, further enhancing the experience for students. The fund will also lessen the financial burden of required summer courses in the Black Hills by providing student grants to cover program fees.

Richard House initially began his undergraduate education at a Bible college in New York City. Columbia University geochemist Laurence Kulp ’42, who taught science courses at the Bible college, convinced him to transfer to Wheaton to pursue a geology degree. House shoveled coal into the campus steam plant to pay his tuition, room, and board. Because House lagged in his textbook reading, geology instructor Cordelia Erdman Barber ’46 visited the plant to read House’s textbooks to him as he worked. Following his graduation from Wheaton, House earned an M.S. in geology at Northwestern University. He devoted the rest of his career to oil and gas exploration in the Gulf Coast region, eventually heading his own independent company.

To learn more about geology at Wheaton, visit wheaton.edu/geology.