Beginning in the ‘80s, Wheaton College students have made an annual trek 3,000-some miles south for a weeklong service trip. Called Honduras Project, the student-led initiative, held over the College’s spring break, has worked to develop relationships and clean water systems for more than three dozen years. But this year, COVID thwarted the project.

“We were there in 2020 when COVID hit and campus closed,” said 2020-21 Honduras Project Student Director McKenzie Pile, who graduated in 2021. “But we were hopeful that COVID would be over the next year, so we could go back.”

By September 2020, it was clear that though a vaccine was on the horizon that it wouldn’t be distributed fast enough to make a trip to Honduras viable. That’s when Pile and her team, 30-students strong, started brainstorming other possibilities.

First Pivot: Traveling to Navajo Nation for a building project

“We all wanted to connect with a community and serve in some way,” Pile said.

They also wanted to stay true to the heart of Honduras Project: community, hospitality, and funding and physically working on a project. Connecting with Wheaton’s Office of Ministry and Evangelism and Human Needs and Global Resources, they started networking with College partners and alumni about different opportunities. They found a good fit with alumna Amber Drinen ’98, who is involved with an organization called Chinle Planting Hope, based in the Navajo Nation community of Chinle, Arizona.

Drinen invited Wheaton’s Honduras Project to join the nonprofit, which aims to create community development opportunities and grow relationships in Navajo Nation, in building a thrift store and a bike shop.

“It wasn’t water, it wasn’t Honduras, but it had a lot of the same core values as Honduras Project,” Pile said about the project in Navajo Nation. “This organization was coming alongside their community to create community and job opportunities.”

Since there was no Spring Break this past semester, the Honduras Project team planned to spend the week after Finals in Chinle. This plan was also thwarted.

“Navajo Nation had been so devastated by COVID, it would’ve been seen as irresponsible for a bunch of students to fly in for a week,” Pile said. “We decided not to go, but it was so discouraging.”

Second Pivot: Turning a shipping container into a library

Pivoting once again, Drinen suggested another way the team might help, but this time without leaving campus.

“The community could really use a library,” Pile remembers Drinen saying. “’I know that this isn’t what you signed up for, but this is something that would really benefit our community.’”

At first, the request to build a library seemed entirely overwhelming to Pile—but after speaking with the Honduras Project team and praying, she became overwhelmed instead by the way the team rose to the challenge of making this a reality.

With just 10 weeks until the end of the year, Honduras Project connected with Homes of Living Hope, an organization that helps groups turn shipping containers into full-service facilities, and they set about creating a library and educational resource center.

The shipping container was delivered to the parking lot behind Edman Chapel in April, and three different teams set to work. The construction team worked on everything from cutting out the container’s windows and doors, installing insulation, drywall, and flooring, while the art team created a bright mural on the shipping container’s exterior. The hospitality team was responsible for the small group of Navajo Nation women and children who were able to come to campus for a few days in May to see the shipping container and connect with students.

With the aid of a crane and a semi-truck, the shipping container was transported from Wheaton to Chinle in June.

As she looks back over her time as the director of Honduras Project, Pile said it wasn’t anything like she imagined it would be—the flexibility and commitment of the cabinet was incredible to be a part of.

“Every time there was a setback, our cabinet wanted to keep going,” Pile said. “It was really amazing to see all the dedication.”

As a new team takes over the reins of the Honduras Project for the 2021-22 academic year, they’re already looking into ways to serve communities both in Honduras and Navajo Nation. 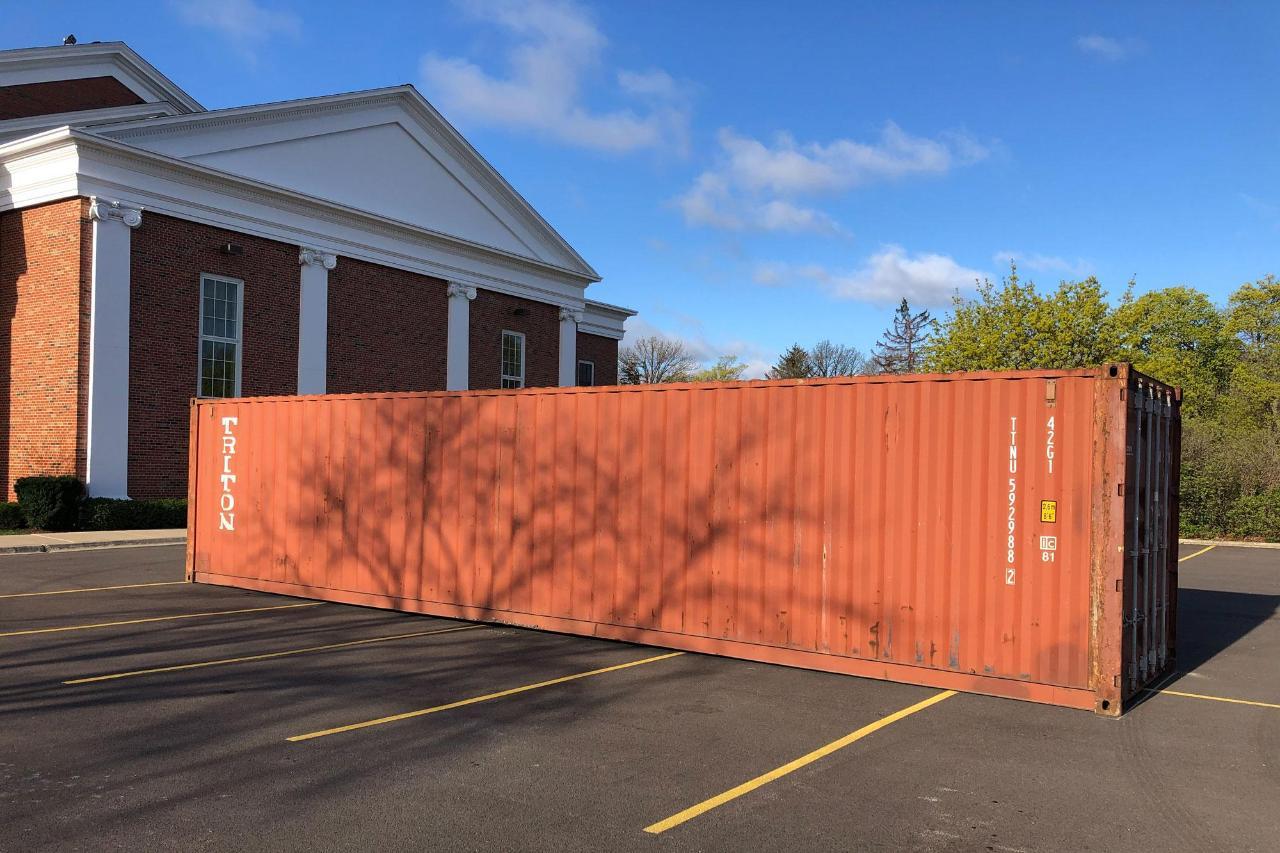