Rev. Samuel Rodriguez Named to Wheaton College Board of Trustees 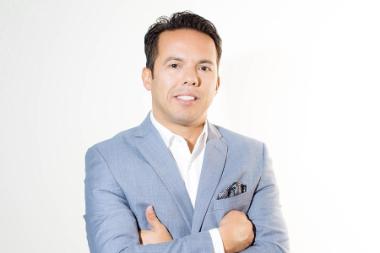 Rev. Samuel Rodriguez, President of the National Hispanic Christian Leadership Conference (NHCLC), has been appointed to the Wheaton College Board of Trustees.

As NHCLC president, Rodriguez leads America’s largest and most influential Hispanic/Latino Christian organization. The NHCLC has more than 40,000 U.S. churches among its membership, in addition to partnerships with ministries and churches throughout Latin America.

Rodriguez is frequently recognized for his leadership in the Christian and Latino communities, including a nomination as one of TIME Magazine’s 100 most influential people in the world in 2013. A prominent speaker in educational, political and cultural settings, Rodriguez meets and consults with members of both parties in Congress and in White House meetings on social justice, Latino and values issues. He provided consultation to a number of 2016 presidential campaigns on issues including religious liberty.

“Sam Rodriguez is one of the leading voices for America’s growing community of Hispanic evangelicals,” says Wheaton College President Philip Ryken. “His enthusiasm for Wheaton’s academic and spiritual mission will open doors for us to make wider connections in the Hispanic community. He will also help us make our campus a true home for students from diverse Latino communities in the United States, South and Central America.”

Rodriguez has contributed to publications including The Washington Post, Huffington Post, Outreach Magazine, Ministry Today, Enrichment Journal, Vida Cristiana, Christianity Today, and Yale Divinity School’s Reflections. His books include The LA Times’ best-seller Be Light: Shining God’s Beauty, Truth, and Hope in a Darkened World, as well as The Lamb’s Agenda and Path of Miracles. He is regularly featured and quoted in religious and mainstream media outlets.

In addition to his service at Wheaton, Rodriguez serves on the boards of Gordon Conwell Theological Seminary, National Association of Evangelicals, Empowered21, PCCNA and Christianity Today.

Rodriguez was ordained in the Assemblies of God at the age of 23, earned his master’s degree in educational leadership from Lehigh University, and has received honorary doctorates from Baptist University of the Americas and Northwest University. He is Senior Pastor of New Season Christian Worship Center in Sacramento, California, where he resides with his wife, Eva, and their three children.

“I am deeply honored to join the Board of Trustees at Wheaton College,” Rodriguez says. “Education is the gateway to freedom and equality for our youth. This is true not only professionally, but also spiritually. I am grateful to serve a board that is dedicated to more fully representing the diversity of God’s kingdom and I look forward to building bridges of opportunity for Hispanic students here in the United States and across the Spanish-speaking diaspora.”

“We are delighted that Rev. Rodriguez has joined the Board of Trustees,” says Board Chairman Dr. David Gieser. “He is playing a key leadership role in the Hispanic evangelical church in the United States as well as globally, and will enhance our understanding of how we might help build the church and benefit society worldwide.”

The Wheaton College Board of Trustees is comprised of up to 20 members who serve ten-year terms as they exercise spiritual and fiscal oversight of Wheaton College. The board meets each fall, winter, and spring.