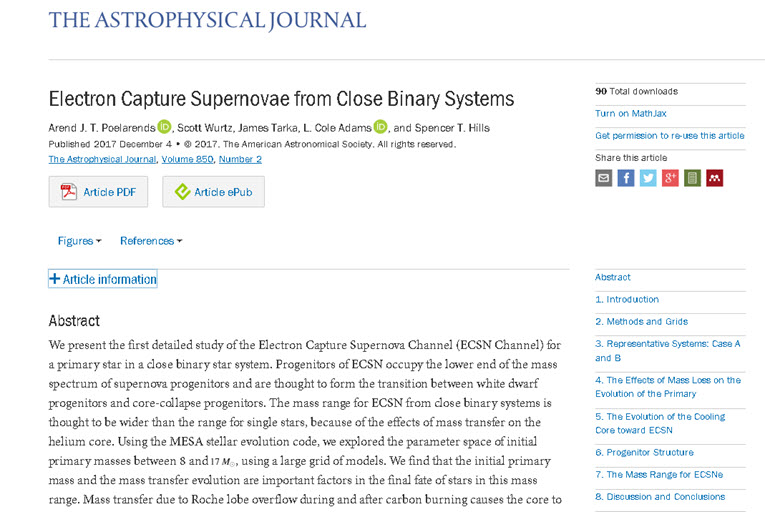 The paper presents the first detailed study of the Electron Capture Supernova Channel (ECSN Channel) for a primary star in a close binary star system. Poelarends used the  MESA stellar evolution code, to explore the parameter space of a range of  initial primary masses  using a large grid of models. They found that the initial primary mass and the mass transfer evolution are important factors in the final fate of stars in this mass range.